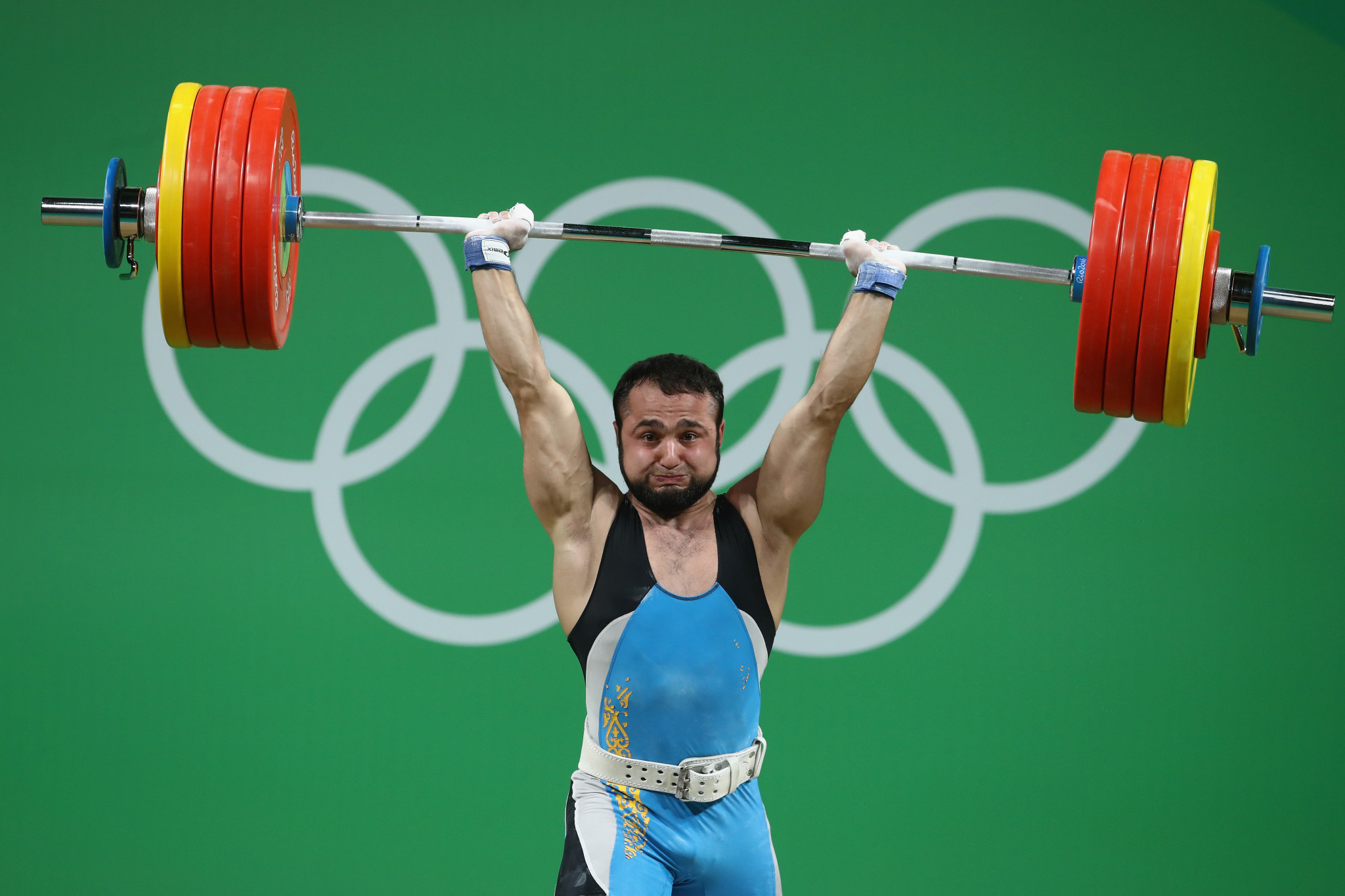 Nijat Rahimov, a gold medallist at the Rio 2016 Olympic Games, is one of the first two weightlifters ever to be charged with a doping offence for allegedly swapping urine samples.

The alleged offences took place "over a period of time in 2016" according to the International Testing Agency (ITA), the body that has laid the charge.

Based on evidence from the World Anti-Doping Agency (WADA) and its own findings, the ITA has also charged Dumitru Captari of Romania - who competed alongside Rahimov in the under-77 kilograms event in Rio de Janeiro - with swapping his urine sample.

Both men are provisionally suspended after being charged under article 2.2 of the International Weightlifting Federation's (IWF) anti-doping policy.

Because the charge covers "a period of time in 2016" Rahimov’s Olympic gold medal could be taken away from him by the International Olympic Committee (IOC) if he is found guilty, and if any of that "period of time" preceded the Olympic Games in August.

He served a two-year suspension for doping when he lifted for Azerbaijan in 2013, and caused a huge upset when he returned from suspension and broke a 15-year-old world record for his new nation to beat the Chinese favourite Lyu Xiaojun in Rio.

The bronze medallist at Rio 2016, Egypt’s Mohamed Ihab, immediately questioned Rahimov’s performance and said, "In a very short time it cannot happen like that."

Rahimov is also a Youth Olympic Games champion, dating back to when he lifted for Azerbaijan at Singapore 2010.

Kazakhstan would have been banned from competing in Rio but for procedural delays in dealing with doping positives from the IOC's retesting of samples from London 2012.

As the focus on doping in weightlifting, especially from the IOC, has intensified there has been a remarkable drop-off in performance by some lifters.

The two most notable "failures" during the qualifying period for the Tokyo 2020 Olympic Games have both been from Kazakhstan, Rahimov and the now-retired Ilya Ilyin, who forfeited two Olympic gold medals after retrospective positives in the IOC’s retesting of samples from Beijing 2008 and London 2012.

Ilyin never got within 70kg of his pre-suspension best total.

Rahimov, 27, has gone up in weight but has posted a best total that is 35kg below his winning mark of 379kg in Rio, and has 17 lifters ahead of him in the under-81kg Olympic rankings who have lifted more.

The Kazakhstan Olympic Committee yesterday announced news of a training camp in Almaty for 18 Kazakhstan weightlifters, and named Rahimov number one in its list.

Because of its doping record Kazakhstan can send only two lifters to Tokyo 2020, one male and one female.

The nation's leading female contender is Zulfiya Chinshanlo, who was stripped of Olympic gold from London 2012 after coming up positive in the IOC retests.

The ITA has also announced that it is intending to prosecute Rattikan (now Siripuch) Gulnoi of Thailand, a bronze medallist at London 2012, for "use of prohibited substance throughout her career" - another case that will interest the IOC.

Gulnoi, 27, was secretly recorded by an undercover team from ARD, the German broadcaster that aired an exposé of corruption in weightlifting last January.

In the interview Gulnoi said girls as young as 13 were encouraged to dope in Thailand and joked that she was "the only Thai weightlifter who never tested positive".

Captari, 31, who failed to register a total in Rio, was suspended for two years for an ephedrine positive in January 2018.

Romania has had so many doping positives in the IOC retest and in the current Olympic qualifying period that it faces possible exclusion from Tokyo 2020 under two different rules.

The ITA now carries out all anti-doping procedures for the IWF and is contracted to do so until at least 2024.

In a statement it said that it was investigating 146 files after revelations in the McLaren report into weightlifting corruption, which was published last June.

Significantly, it also said that charges could be laid against officials as well as athletes.

"Following the McLaren report on the IWF that was triggered by the ARD documentary, a large number of unprocessed cases of anti-doping rule violations was discovered and handed over to the ITA for investigation," the statement said.

"The review of these 146 files discovered in the wake of the McLaren report is progressing and the ITA should be able to complete it and resolve the pending matters by spring 2021.

"The IWF began delegating major parts of its anti-doping program to the ITA in early 2019.

"As of September 2019, the ITA has received the full competence to manage independently the IWF’s anti-doping programme, including results management and investigation of potential anti-doping rule violations."

The urine-swapping charges follow the first release, last October, of information from the ongoing "Operation Arrow" investigation by WADA’s intelligence and investigations department.

"The ITA is conducting further investigations based on the McLaren report, the intelligence provided by WADA and other intelligence gathered by the ITA itself with a view of bringing forward any anti-doping rule violation against athletes and officials involved in the sport of weightlifting.

"Given the sensitivity of the current investigations, the ITA will not comment further during the ongoing proceedings and will issue regular status updates."