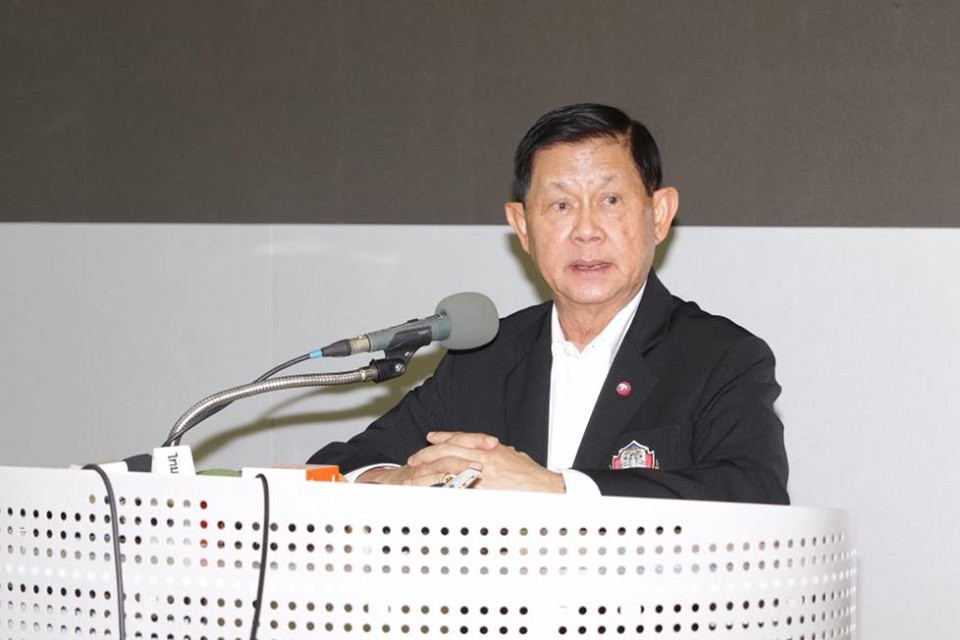 One of the leading supporters of an overhaul of the way weightlifting is governed has reacted with dismay to the first news of a candidate in the forthcoming International Weightlifting Federation (IWF) elections.

Intarat Yodbangtoey, whose nation is banned from the Olympic Games because of its doping record and whose tenure in charge of the IWF in October lasted one day, is seeking support from one fifth of all member federations.

If he gets it he will be eligible to stand in March for the position of first vice-president, which he already holds, vice-president or Executive Board member.

Intarat, who is Honorary President of both the Asian Weightlifting Federation and the Thai Amateur Weightlifting Association (TAWA), was named in the McLaren Report into corruption in weightlifting last June, and was at TAWA in 2011 when seven teenagers were banned for doping.

The International Olympic Committee (IOC) criticised his appointment as Interim President of the IWF in October and he stood down after a day.

Intarat, 75, strongly denied the McLaren Report statement that he had paid out bribes for votes at the last IWF election in 2017, which his nation hosted in its capital, Bangkok.

Thailand had nine of its team at the 2018 IWF World Championships test positive, and featured prominently in a German TV documentary about doping scandals when an Olympic medallist was secretly recorded saying girls as young as 13 were doping.

It originally withdrew voluntarily from international competition but is now trying, via the Court of Arbitration for Sport (CAS) to overturn its suspension from Tokyo 2020.

Intarat has written to all IWF member federations to say that CAS had not provided the final jurisdiction in the case between TAWA and IWF yet, and that he was "dedicated and devoted to international weightlifting" and would "like to continue work for weightlifting families."

He said that under IWF rules he could stand as a candidate in his own right, regardless of nationality, as he had served 12 years on the IWF Board – but only if he gets written backing from at least one fifth of the members, of which there are 192 according to the IWF website.

"Thus, I would like to have your kindly support," he writes.

Ashley Metcalfe, chief executive of British Weight Lifting (BWL), said Intarat’s decision was based on self-interest rather than the good of the sport, and that he and other IWF Board members "do not realise the perilous position the sport is in."

"It’s nothing personal – Intarat’s a nice guy – but it’s just another example of the IWF Executive Board not understanding that their reputations are badly tarnished, that they need to and have to change," said Metcalfe.

"They need to introduce good governance and ethically eligible people.

"The longer they don’t see that the less chance we have of a long-term future in the Olympics.

"My biggest fear is yes, we might have elections in March but it will just be the same faces re-elected.

"That’s not giving anyone the opportunity to move the sport forward, to get behind the athletes and the coaches and actually start to rebuild a sport that has a seriously tarnished reputation in the eyes of its key stakeholders.

"I don’t think the Board understands the perilous position that weightlifting is in.

"There seems to be this belief that they are very much the best people to do the job and it doesn’t matter what the outside world thinks.

"These people have been there for all these years and sadly have been involved at a time when there have been a lot of allegations about malpractice – and they’ve overseen that malpractice.

"They haven’t got the sport at heart at all.

"It’s self-interest and preservation at the cost of everything else.

BWL called for the entire IWF Board to stand down after one of its own Board members, Mike Irani, became Interim President of the IWF in October.

Irani, who later resigned from his BWL role, was appointed to lead the IWF after the American Ursula Papandrea, a supporter of reform, was ousted and Intarat briefly took charge.

The IOC, which issued three statements late last year criticising the IWF, said it was "very worried" by Papandrea’s removal "and the chosen replacement" who was Intarat, as next-in-charge first vice-president.

The IOC also "stressed the critical importance of continuing reforms within the IWF… and the modernisation of its governance and management structures."

A Reform and Governance Commission set up by the IWF has been meeting since late October.

In early November its chair, the Australian Darren Charles Kane, emphasised the need for change and told the IWF in a video statement: "It’s going to be a dangerous proposition to include people in the Executive Board going forward if they are in anyway tainted by the past.

"That is going to be a difficult proposition to sell to world sport.

"We are here to make fundamental structural change, we are not here to chip away at the edges."

The IOC Executive Board had also expressed its "strong concerns about the need for further progress to reform the IWF Constitution ahead of the potential IWF elections."