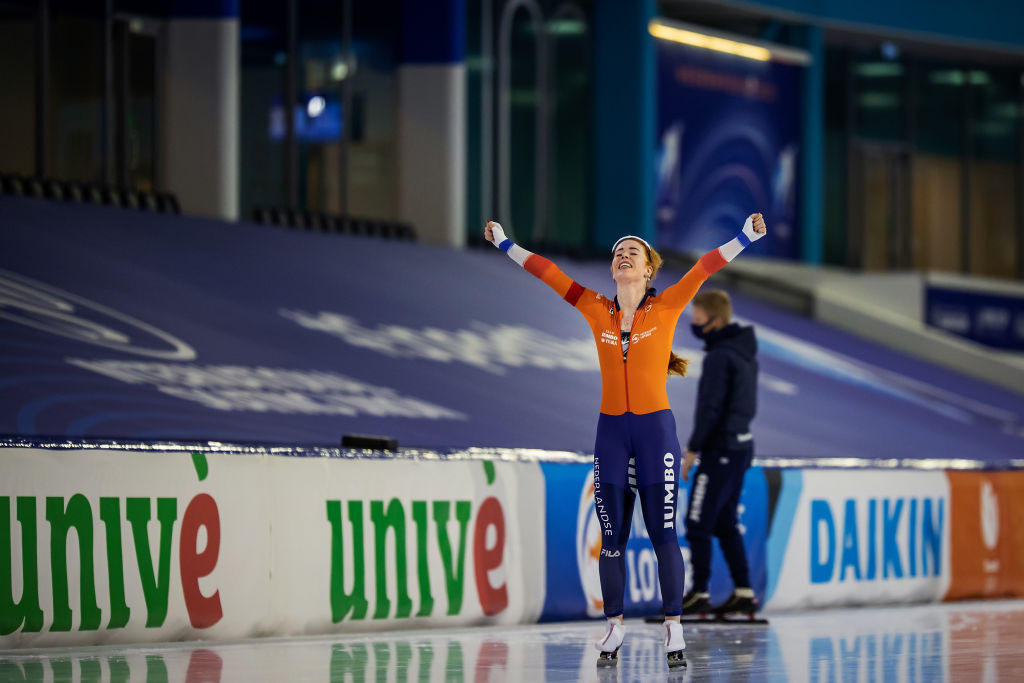 The Netherlands enjoyed success on home ice as they won all four overall golds on the second day of the International Skating Union (ISU) European Speed Skating Championships in Heerenveen.

In the sprint disciplines it was more Dutch domination with the women’s event won by Jutta Leerdam while the men’s title went to Thomas Krol.

Overnight leader in the women’s all-round De Jong triumphed in the 1500m event, winning in a time of 1min 54.83sec.

In second place was Russia’s Evgeniia Lalenkova of Russia in 1:55.49, with third going to fellow Dutch athlete Joy Beune in 1:55.89.

In the men’s 1500m, overnight leader in the men’s all-round Roest was also victorious with the Dutch skater winning in 1:45.53.

Two Norwegians completed the top three, with Hallgeir Engebråten in second in 1:46.14 and Sverre Lunde Pedersen finishing third in 1:46.20.

The final standings in the women’s all-round saw De Jong take overall gold, with silver going to Schouten and the bronze being won by Sablikova.

Dutch athletes completed the top three with second place going to Marwin Talsma in 13:01.57 and third place taken by Roest in 13:03.08.

Roest convincingly won the overall men’s all-round title, with silver going to his compatriot Marcel Bosker and bronze being won by Lunde Pedersen.

In the women’s sprint overnight leader Angelina Golikova of Russia triumphed in the first event of the day in the discipline, the 500m, in 37.42sec.

The top three was completed by two Dutch athletes – with Femke Kok second in 37.48 and third going to Leerdam in 37.61.

The Dutch claimed their third top three sweep of the championships in the women’s 1000m with the win going to Leerdam in 1:14.00.

The final standings in the women’s sprint discipline saw Leerdam claim overall gold with silver going to Golikova and bronze to Kok.

In the final men’s sprint standings overall gold went to Krol, with silver going to his compatriot Hein Otterspeer and bronze to Dufter.