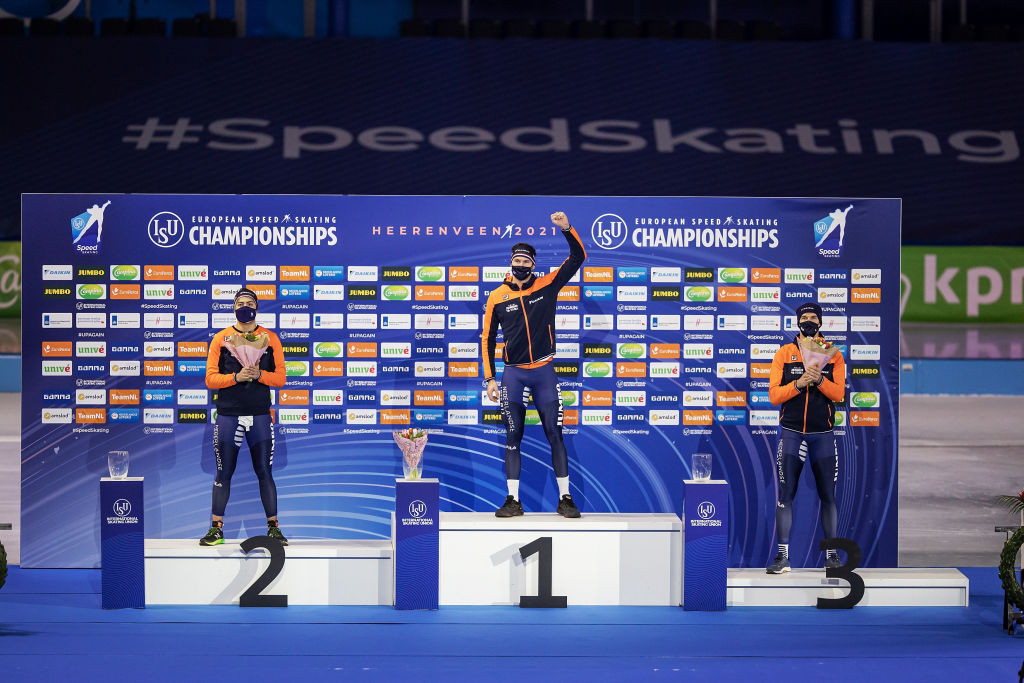 Action took places across the allround and sprint disciplines with home athletes impressing, particularly in the men’s and women’s 1000m, where they took a clean sweep of the medals.

The first four events came in the allround discipline, with the women’s 500m won by Karolina Bosiek of Poland in a personal best of 38.68sec.

Silver went to Elizaveta Golubeva of Russia in 38.84 with bronze going to Antoinette De Jong of the Netherlands in 38.89.

The men’s 500m title went to Sverre Lunde Pedersen of Norway in 36.25, with silver going to Patrick Roest of the Netherlands in 36.39 and bronze to fellow Norwegian Hallgeir Engebraten with a personal best of 36.67.

The Netherlands claimed their first gold on home ice in the women’s 3000m which was won by Irene Schouten in 3min 57.95sec.

There was more Dutch gold in the men’s 5000m thanks to three times world allround champion Patrick Roest in a time of 6:10.25, with silver going to Nils van der Poel of Sweden in a personal best time of 6:13.03, and the bronze won by fellow Dutchman Marcel Bosker in 6:15.81.

Action in Thialf-hal then moved on to the sprint discipline, with ladies 500m gold going to Angelina Golikova of Russia in 37.27.

The silver medal went to Femke Kok of the Netherlands in 37.52 with the bronze won by Vanessa Herzog of Austria in 37.56.

In the men’s 500m the gold went to Viktor Mushtakov of Russia in 34.69, with silver going to Joel Dufter of Germany in a personal best of 34.79 and bronze to Hein Otterspeer of the Netherlands in 34.85.

The final two events of the day were the 1000m and it saw Dutch domination as they took clean sweeps across both genders.

The Championships are the first of four international events in five weeks in the Heerenveen speed skating hub.

Strict coronavirus protocols are in place and all the action is taking place behind closed doors.