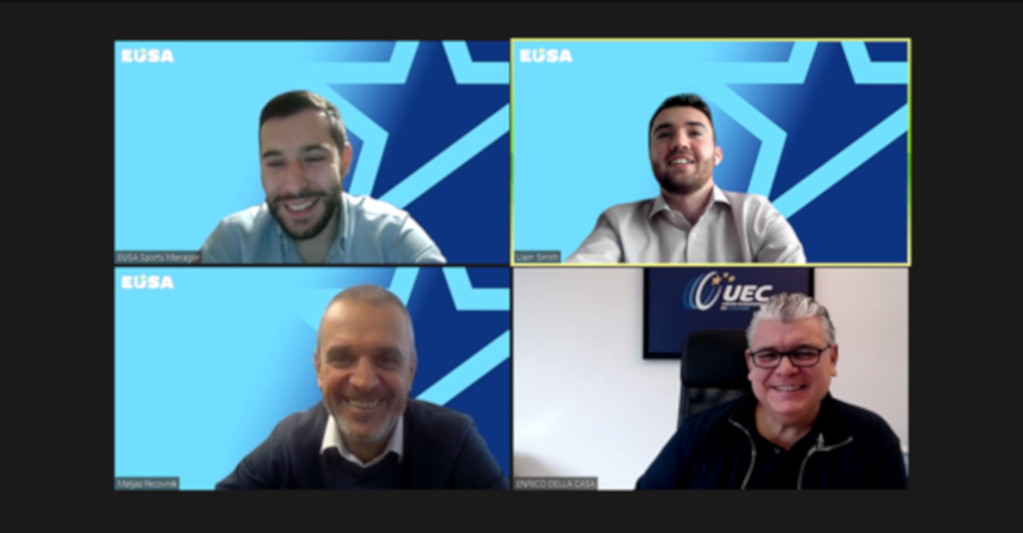 The European University Sports Association (EUSA) has met virtually with the European Cycling Union (UEC) to discuss future activities between the organisations and possible cooperation.

Present in the meeting on behalf of the EUSA was its secretary-general, Matjaz Pecovnik, sports manager Besim Aliti and assistant sports manager Liam Smith.

UEC was represented by its secretary general Enrico Della Casa.

Both parties provided an overview of the history of their respective organisations, objectives and upcoming activities - specifically in the university cycling athletes community.

EUSA also spoke about the upcoming European Universities Cycling Championship, scheduled to take place in Nijmegen in The Netherlands from June 8 to 13 2021.

Preparations for the event are ahead of schedule, passing the first general entry deadline which closed on Friday (January 15).

"EUSA is very happy to have begun official communication with the UEC and looks forward to further collaboration between the two organisations in future," read an EUSA statement.

The UEC was founded in 1990 and now represents over 50 affiliated nations in Europe.