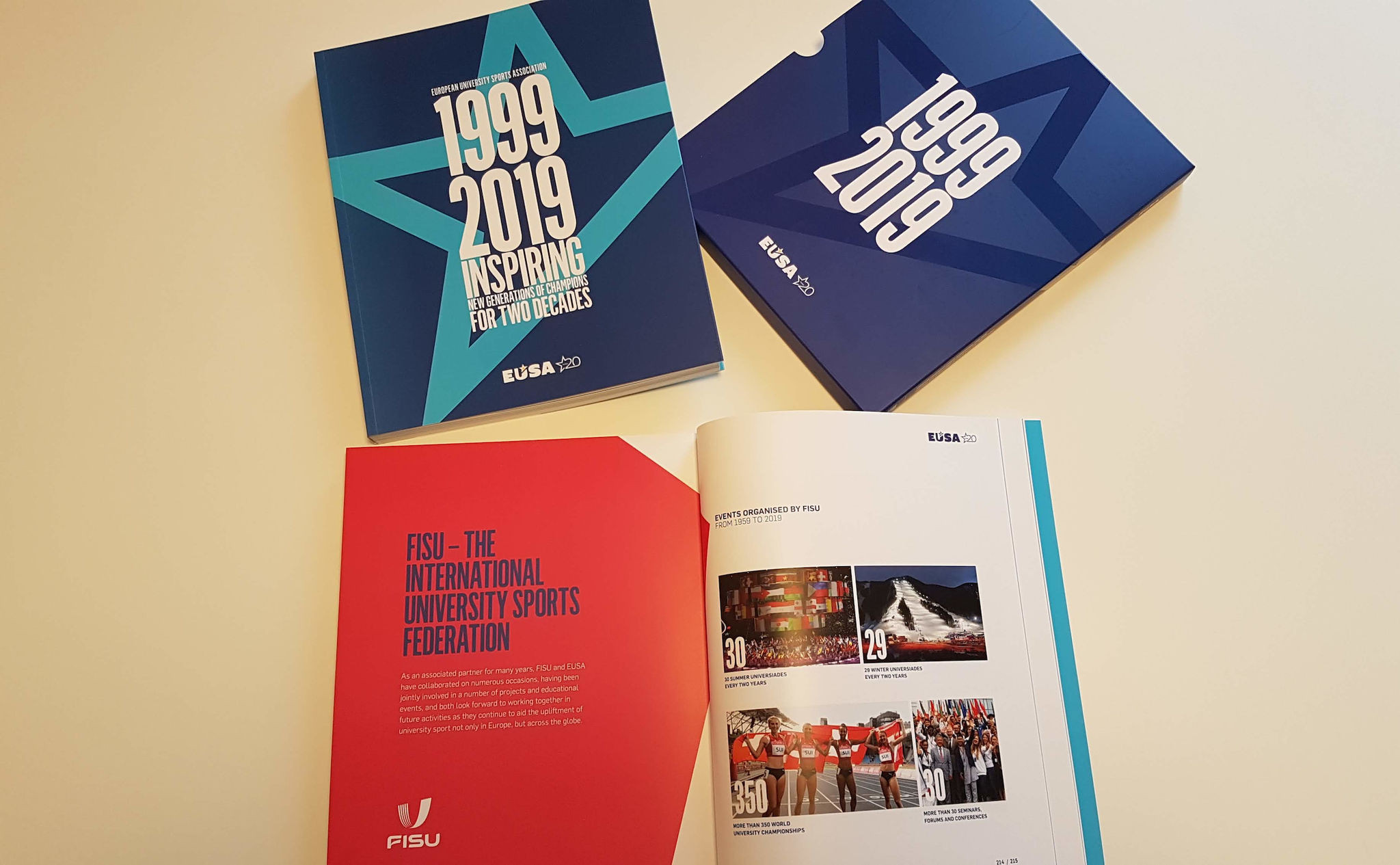 The European University Sports Association (EUSA) has published a book celebrating its first two decades, following its founding in 1999.

"European University Sports Association: 1999-2019 - Inspiring new generations of champions for two decades", has been released to mark 20 years of the organisation.

The 240 page publication reflects on every aspect of the association’s growth over the past two decades, focusing on the individuals, organisations, stakeholders and partner federations that have contributed to its success.

Statistics from each edition are featured while the winners of each competition are also listed.

EUSA is proud to present its special edition 20th Anniversary Book, commemorating two decades of the European University Sports Association while celebrating the organisation’s immense growth over the past 20 years.

Educational events organised by the EUSA are highlighted as are social responsibility projects in which the organisation has been involved, while the support of the International University Sports Federation is acknowledged.

Recipients of EUSA awards are featured, while there is a look ahead to future European Universities Games and Championships, as well as upcoming educational events and future projects that are planned.

The 20th anniversary of the EUSA was celebrated in 2019 with an awards ceremony and celebration dinner.

The EUSA's next major event is scheduled to be the 2021 European Universities Games, due to be held in Belgrade, Serbia, from Wednesday July 14 to Tuesday July 27.