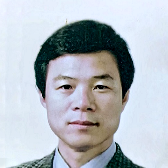 Yang, the former KTA secretary general, secured the position at the world's oldest national taekwondo body after receiving 120 votes in the election.

Yang, who has served on World Taekwondo's ruling Council since last year, thanked the electorate for their backing and said his main task would be guiding the South Korea-based KTA through the COVID-19 crisis.

"I would like to express my deep gratitude for the great support from so many people," he said.

"Taekwondo has also been hit directly by the COVID-19 virus over the past year.

"Let's endure it well and [hopefully] we will meet in the spring.

"The three candidates made a lot of good pledges, and seem to have a lot of deep thoughts necessary for the KTA."