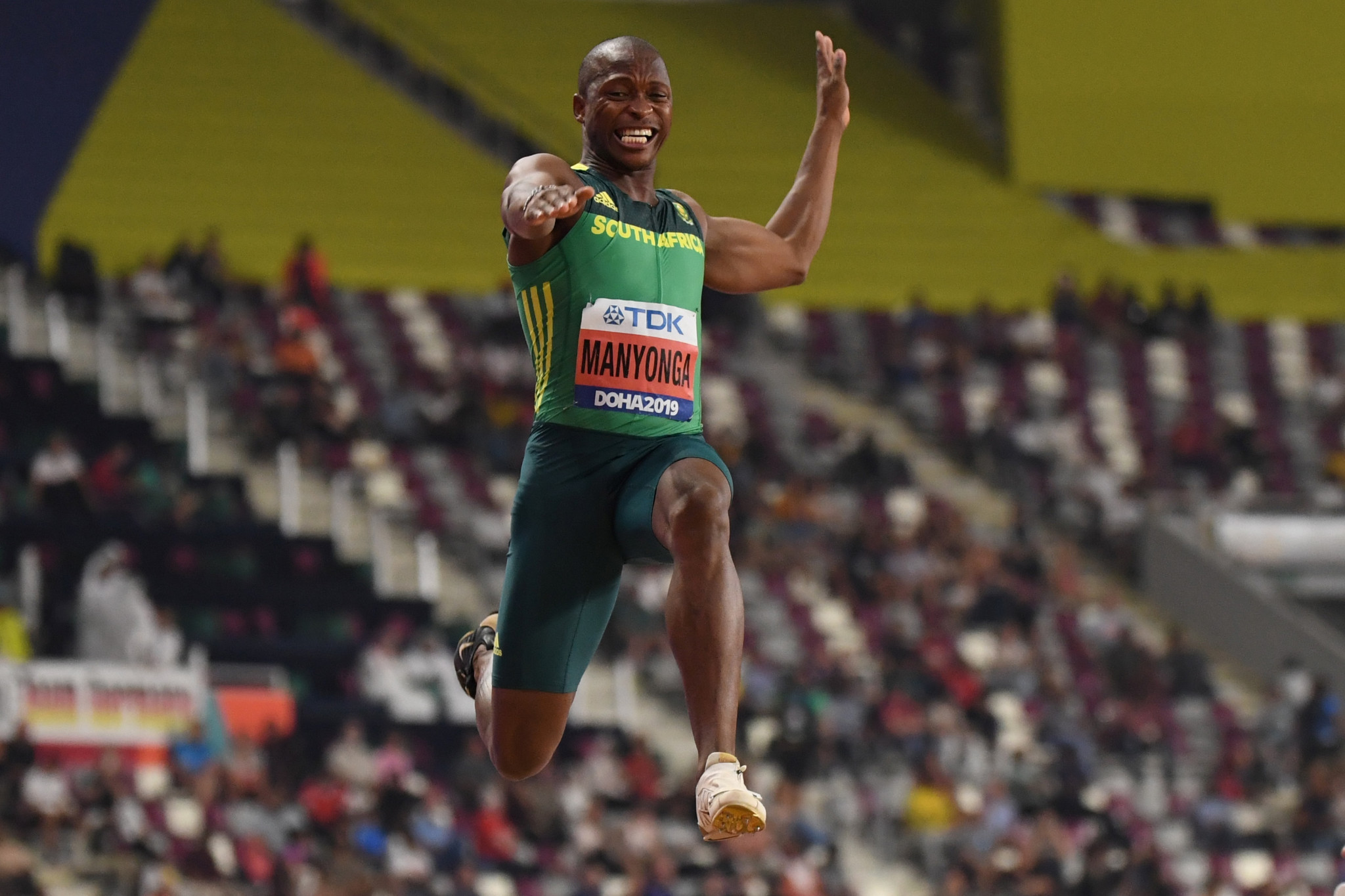 South Africa's Olympic and World Championships silver medallist Luvo Manyonga is the latest high-profile athlete who could face a suspension following an anti-doping violation for missing three tests in a year.

The long jumper has been provisionally suspended by the Athletics Integrity Unit (AIU) for a whereabouts failure.

He is also a Commonwealth Games, world junior and All-Africa Games champion, and could miss the Tokyo 2020 Olympics if he is deemed guilty of breaching this rule.

Manyonga would likely serve a two-year suspension, which would also rule him out of the Birmingham 2022 Commonwealth Games and the 2022 World Athletics Championships in Eugene in the United States.

Coleman is currently appealing the two-year ban he was given for a whereabouts failure, while Craddock's alleged violation is currently being investigated for the same offence.

Bahrain's Salwa Eid Naser has been cleared over a whereabouts failure due to a doping control error, but the AIU has appealed this decision.

In December, Manyonga's sister, according to South Africa's Sunday Times, suggested that the long jumper needed to go back to rehab for addiction issues.

In 2011, Manyonga tried tik - a local variant of crystal methamphetamine - for the first time, leading to an addiction to the drug.

He tested positive in-competition and admitted to using tik for non-performance enhancing reasons, resulting in his suspension from competing.

Although he was initially looking at a two-year ban, he served a reduced 18 month suspension after the panel took into account his addiction and his poor family background.

Since attending rehabilitation, he has reportedly stayed clean from drugs and credited his strength and conditioning coach, John McGrath, for his recovery.

Manyonga's former coach Mario Smith, who helped to financially support the poor athlete in his early years of competing, died in 2014 following a car crash on the way to training with the long jumper, causing Manyonga to briefly relapse.

Last month, Manyonga stated that he was clean, but was not training, raising doubts about his preparation for the upcoming Olympics.