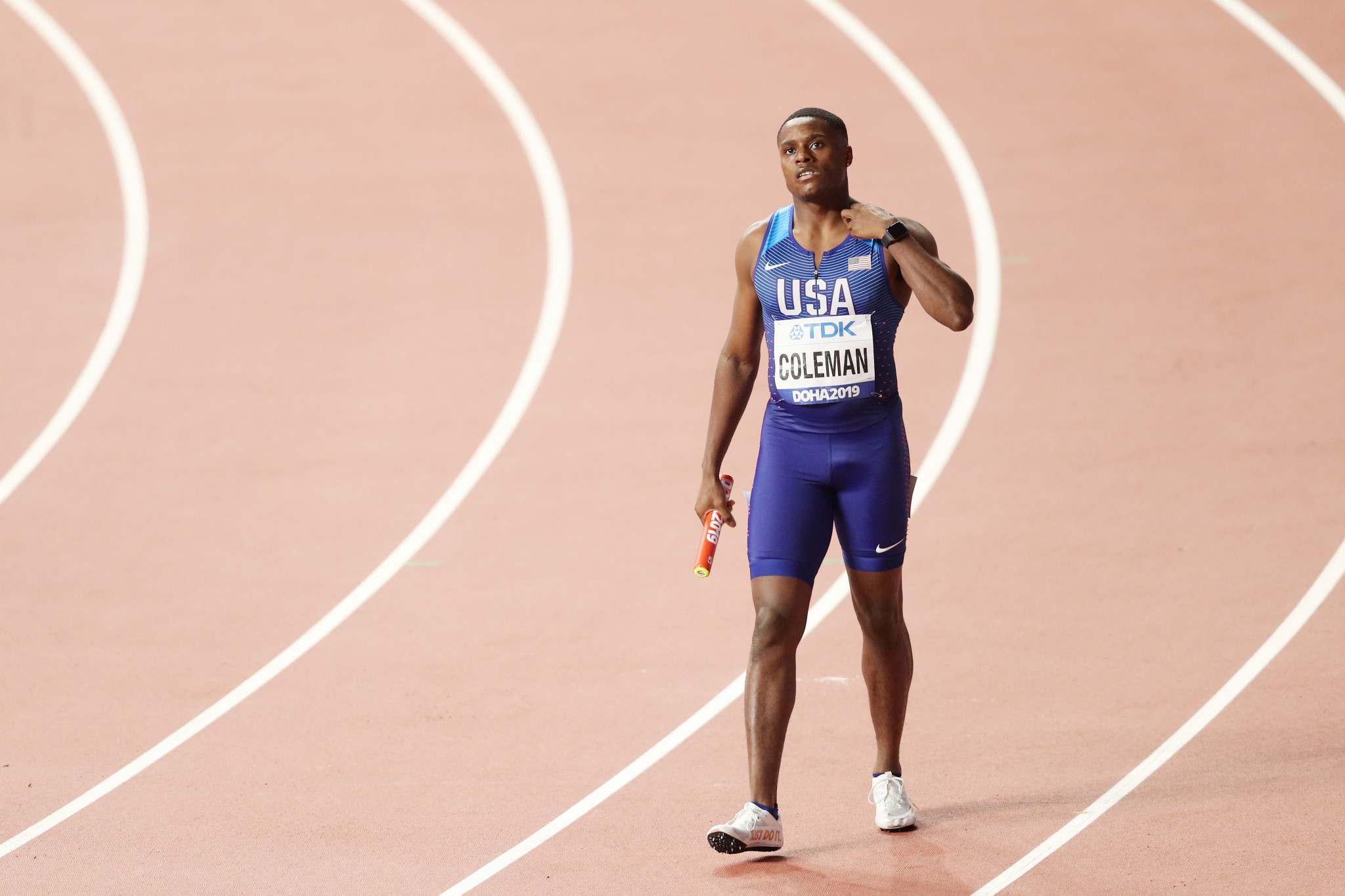 The American missed tests on January 16 and December 9 2019, and was also charged with a filing error in connection with an attempted test on April 26.

Coleman accepted the first missed test but challenged the other two rulings, but the Athletics Integrity Unit (AIU) did not find in his favour.

As it stands, the sanction will rule the 24-year-old out of the Tokyo 2020 Olympic Games.

Coleman requested that the decision be "set aside" and the sanction "eliminated."

In its original decision, the AIU described Coleman's behaviour as "very careless at best and reckless at worst."

CAS has also confirmed that World Athletics had submitted an appeal by the AIU against a decision by the World Athletics Disciplinary Tribunal in the case of Salwa Eid Naser, the women's 400m world champion.

The 22-year-old from Bahrain last month escaped a ban that would have ruled her out of competing at the Tokyo 2020 Olympic Games, when whereabouts charges brought against her were dismissed in a "borderline" decision by the Disciplinary Tribunal.

The tribunal concluded that Naser had not committed an anti-doping rule violation (ADRV).

The AIU has requested the CAS "sets aside" the original decision and replaces it with "a new decision in which Naser is found to have committed an ADRV and sanctioned with a two-year period of ineligibility."

Naser had been charged with four alleged whereabouts failures by the AIU in June.

The Disciplinary Tribunal ruled the alleged violation in April 2019 should not stand, which meant Naser had not missed three tests inside the 12-month window.