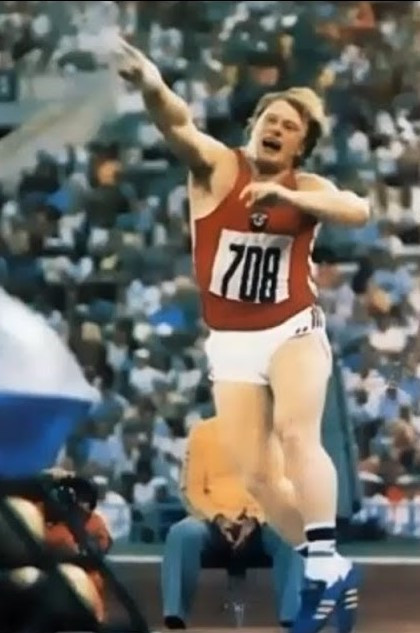 The 1980 Olympic shot put champion Vladimir Kiselyov has died at the age of 65 in Ukraine, it has been announced.

The death of Kiselyov, who represented the Soviet Union at those Games in Moscow, was announced by Ruslan Protsenko, the Deputy Mayor of the city of Kremenchug in the Poltava region.

The reasons for the death have not yet been announced.

Kiselyov had been born in Kremenchug on January 1 in 1957.

He upset the odds at Moscow 1980 to become the first Soviet athlete to win the men’s Olympic shot put title.

The favourite was the defending champion and world record holder, East Germany’s Udo Beyer, but he could finish only third as Kiselyov and team-mate Aleksandr Baryshnikov led a Soviet Union one-two.

Kiselyov led from the first round as he threw 21.10 metres.

He extended his lead with his final effort when, already certain of winning, he threw 21.35m to set an Olympic record that stood until Seoul 1988 when East Germany’s Ulf Timmerman beat it with a mark of 22.47m.