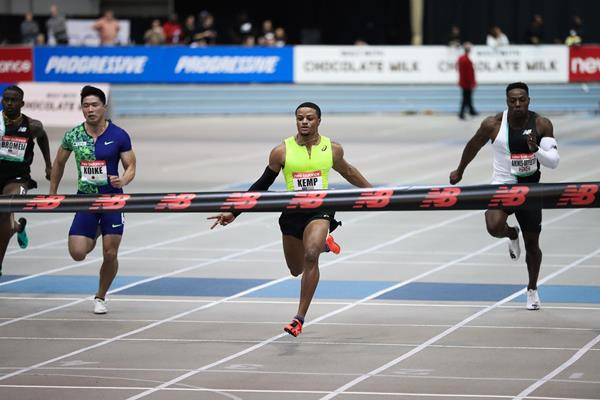 The Boston leg of the World Athletics Indoor Tour next month has been pushed back a week following the cancellation of the Millrose Games.

Organisers have confirmed the event, which had been scheduled for February 9, has taken the February 13 slot made vacant after the Millrose Games in New York City were called off.

The Millrose Games had been added to the World Athletics Indoor Tour circuit for 2021 and was set to stage one of the six gold-level events this year.

The event, viewed as one of the oldest and most prestigious indoor meetings in the world, was cancelled by organisers because of concerns over the COVID-19 pandemic.

The United States has recorded the highest number of cases and deaths from the novel coronavirus in the world.

World Athletics confirmed the provisional schedule for the Indoor Tour in October, but said changes were possible due to the pandemic.

This year's gold-level series is due to begin in Karlsruhe in Germany on January 29, before moving onto Liévin in France on February 9 and Boston on February 13.

Competitors are set to meet in the Polish city Torun for the ORLEN Copernicus Cup on February 17, followed by the conclusion of the Tour on February 24 in Spanish capital Madrid.