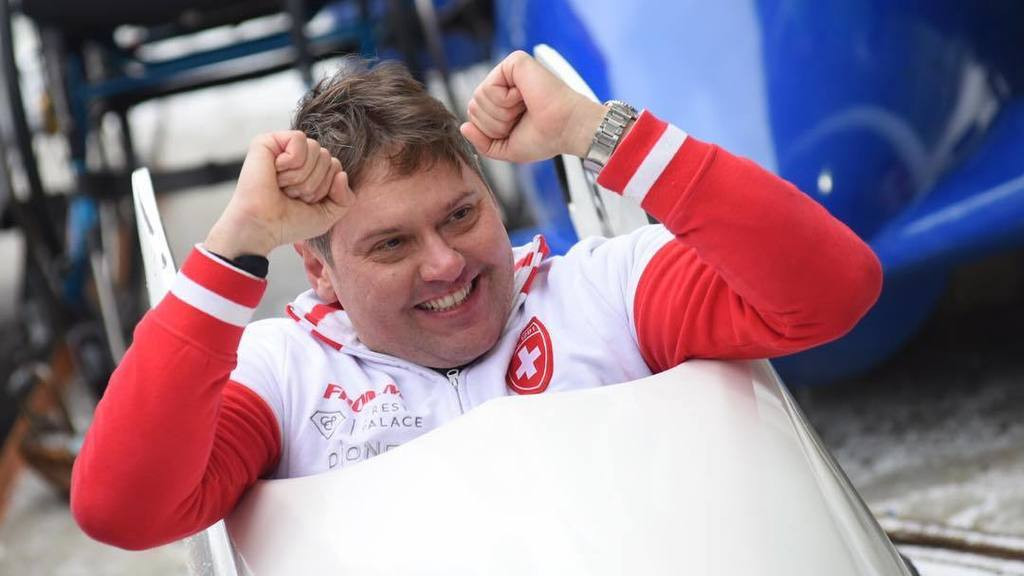 Bobsleigh athletes have ramped up calls for the sport to be added to the Paralympic programme, ahead of meeting early next year where its fate is set to be decided.

When the International Paralympic Committee (IPC) announced the first 18 medal events for the 2026 Games in Milan and Cortina d'Ampezzo earlier this month, it deferred a decision on bobsleigh until the New Year.

International Para Sliding Club President Christopher Stewart is one of the leading figures urging the IPC to include the sport on the programme for Milan Cortina 2026.

Stewart, who represents Switzerland, is a European champion in the monobob and a three-time Para Sport World Cup winner under the International Bobsleigh and Skeleton Federation (IBSF) banner.

Stewart points at Paralympic sport eligibility rules to make the case that bobsleigh deserves to join the Winter Paralympics.

Section 4.2.2 of the IPC Handbook states: "Only individual sports and disciplines widely and regularly practised in a minimum of 12 countries and three IPC regions may be considered for inclusion in the Paralympic Winter Games."

Applying sports are also expected to have staged a minimum of two World Championships over the last eight years.

"We do not want to be unfair to other disciplines in other sports who are also quite close overall, we want to have a fair treatment by the IPC, but we believe strongly that we have fulfilled and are fulfilling the requirements to be included," Stewart told insidethegames.

"We're not just having one or two races, we have a season with a robust race schedule including World Championships and European Championships.

"We respect very highly what the IPC is doing and know that they have to follow their rules so to not disenfranchise any other sports."

While 16 nations were represented at least once last season, seven have competed every year since the World Cup circuit was first sanctioned by the IBSF in 2014-2015.

IBSF Para Sport World Championships have also taken place annually since 2016, with the exception of 2020 due to the COVID-19 outbreak.

Stewart believes this is enough of a track record to justify joining the Paralympic programme, and added that the IPC had been "extremely supportive" of bobsleigh.

Parsons' previous comments suggest this may not be so clear-cut.

The Swiss athlete stressed, however, that he feels the sport's omission would be a "damaging move for the Paralympic Movement".

Stewart cited the inclusiveness of the sport as meriting its inclusion, and highlighted how non-Paralympic sports are at a financial disadvantage.

Joining the Paralympics would further bobsleigh's growth, it is claimed.

"National federations are not providing funding for sports programmes and coaching for sports that are not Paralympic, so its de-facto that every sport wants to be included because it helps the development and the finance of the sport," Stewart said.

"If the National Federations were able to finance the non-Paralympic sport and the athletes, we would take the Paralympics as they come.

"We are a resilient and very resourceful group of highly-motivated athletes and the sport will continue and it will probably grow, but it will make it extremely difficult for emerging nations that we are specifically targeted to be more included in Para-sport to continue to participate.

The IBSF has claimed it is "very positive" over the prospects of the sport being included at the Milan Cortina 2026 Paralympics.

"We are very positive that Para-bobsleigh will be accepted for the Milan Cortina 2026 Paralympic Games as it fulfils all sports attributes including a constant number of participating nations over the last years; gender equity as men and women are competing in one event, using existing venues and last but not least being very spectator friendly," an ISBF spokesperson told insidethegames.

The 2026 Winter Paralympics are scheduled to take place from March 6 to 15, in Milan, Cortina d'Ampezzo and other locations in northern Italy.

All five sports from Beijing 2022 - Alpine skiing, biathlon, cross-country skiing, ice hockey and wheelchair curling - have retained their places on the programme.

"The Board is meeting in early 2021 to decide whether to include Para bobsleigh in the Milano Cortina 2026 Paralympic sport programme," the IPC said when approached by insidethegames for comment.