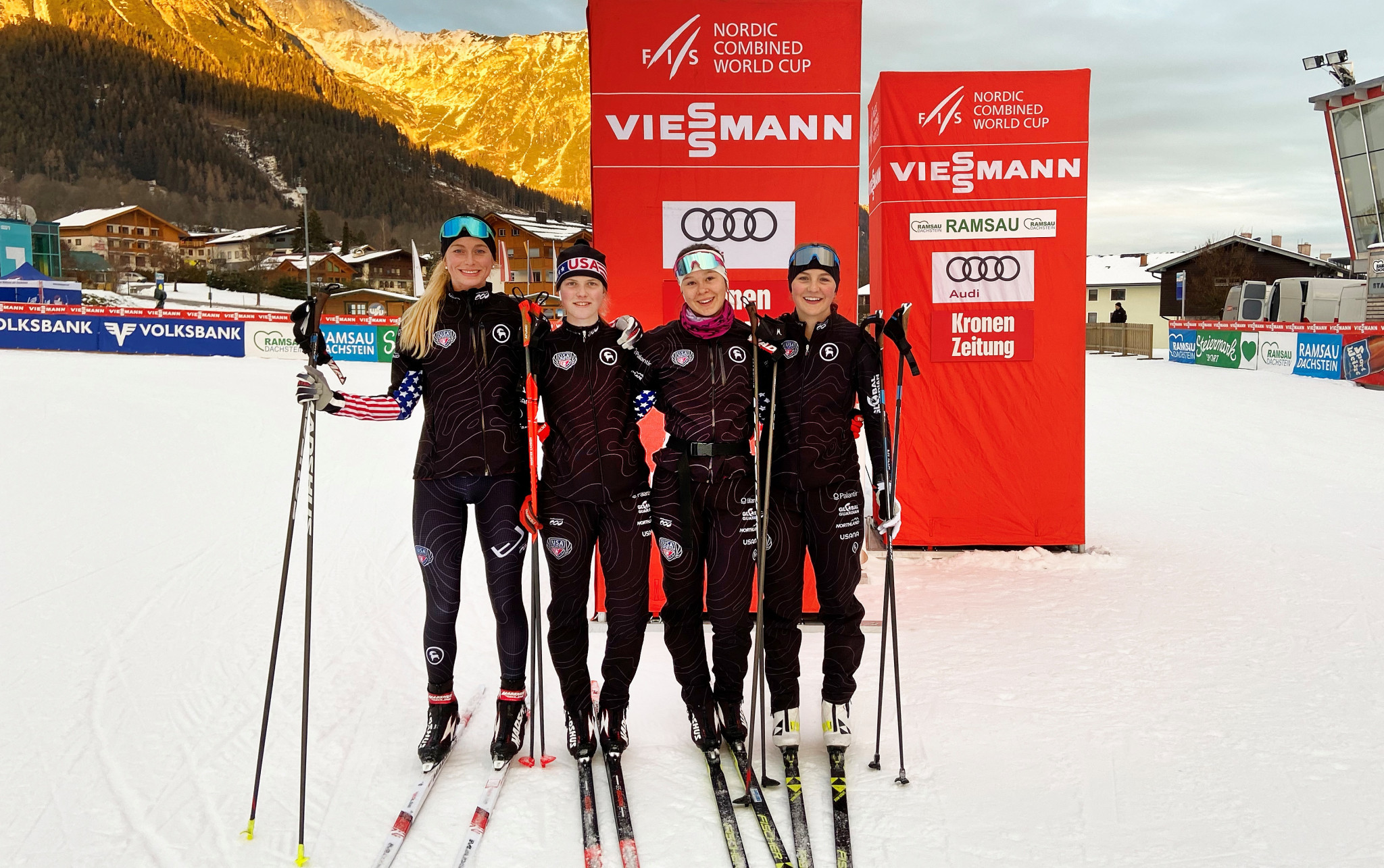 USA Nordic President and chief executive Bill Demong has praised Podiumwear for meeting the "high demands" of the sport after athletes showcased their eye-catching new uniforms.

The American manufacturer is continuing to provide outwear for both ski jumping and Nordic combined, as well as cross-country racing suits for combined athletes.

"Podiumwear has worked well for our USA Nordic programme because it is a company that truly understands the unique needs of Nordic sport athletes," said Demong, who won men's large hill-10 kilometres Nordic combined gold at Vancouver 2010.

"Our partnership with Garen Riedel has created a stunning look for our athletes, while Podiumwear has built the clothing to meet the high demands of competition and training wear."

"We’ve loved supporting USA Nordic for the last three seasons as we can see the difference we can make with the team."

Lutter, a long-time cross-country ski racer, started Podiumwear in 2003 with the hope of bringing a new quality level to cross-country apparel from an athlete’s perspective.

The new design was a collaboration between Nordic combined coach Nick Hendrickson and Riedel, a noted brand designer whose Riedel Creative is based in Park City in Utah - the home of USA Nordic.

"Nick’s vision was to have suits that unified the team in their pursuit of goals," said Riedel.

"They’re the underdogs but they’re moving to the top."

"It’s a clean graphical look - something that stands apart from the competition," added Riedel.