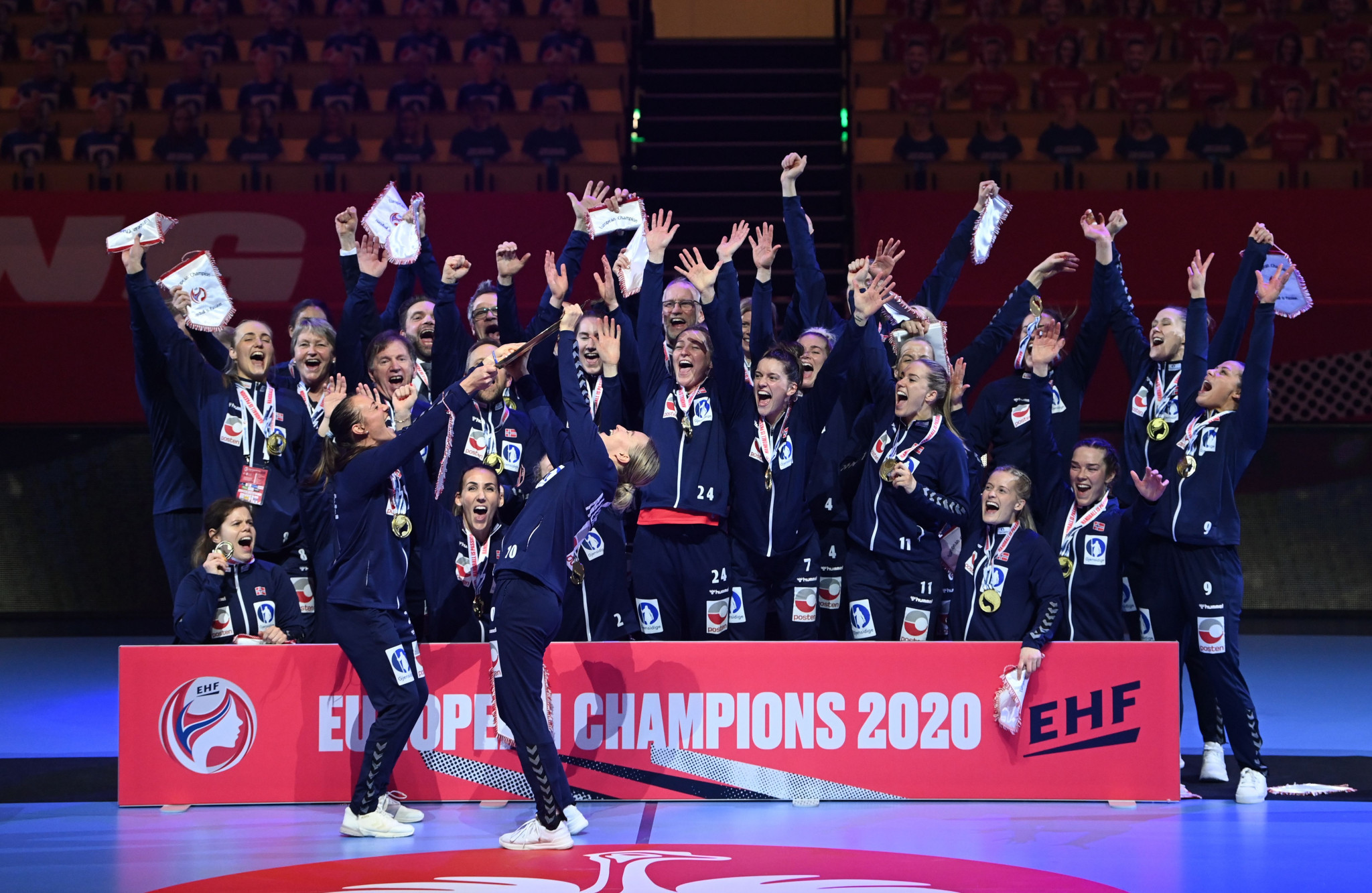 The Norwegians led the contest for the majority of the match but neither side established a clear lead and with four minutes to go the contest in Herning was poised at 20 goals apiece.

The tournament's top scorer Nora Mørk scored the go-ahead goal with three and a half minutes to go before a further effort from Solberg-Isaksen extended Norway's lead and gave them a 22-20 win.

France opened a two-goal advantage twice early on but four and five goal unanswered spells from Norway helped them into an interval lead at 14-10.

Pauletta Foppa, the youngest player on the court, was the final’s top scorer, with five goals for the French, who took the lead 19-18 with seven minutes left to play.

After Norway twice levelled they took the lead through Mørk before closing the match out, denying France the chance to become the third team to retain the title they won in 2018.

Speaking afterwards, a delighted Norway coach Thorir Hergeirsson said: "All the players had the hunger to win the tournament and they have really outdone themselves.

"It was crucial that they could change their game, like against Denmark or France, when they came back, we showed team spirit and focus. It was one of the best wins we ever had."

France coach Olivier Krumbholz said: "It is a disappointment, but not a big one, because we won the silver medal and I am very proud.

"Our first half was bad in attack, bad in defence, but after we changed the defence in the second half, everything looked perfect.

"The players were mentally strong and I think the future looks bright for us, as we have a lot of young players who can get better."

Prior to the gold medal match, Croatia faced hosts Denmark for the bronze medal.

Croatia had never won a medal at a major international championship but triumphed 25-19 for a historic success.

A tight match was level at the break at 11-11 and at 18-18 before Croatia took control scoring seven unanswered goals.

Denmark scored a late consolation but it was not enough to prevent the Croatian team from claiming a memorable bronze.

Speaking afterwards Croatia captain Katarina Jezic, who was named player of the match said: "We are used to seeing our men’s team like winners and always playing good and being on the top level, but the new thing is now we became also one who will get a medal and this is what it means for our country and for us as well.

"It’s not many people who knew we are coming to the EURO and now we are coming back with a medal around our neck. Of course it means a lot for all of us – the feeling is amazing."