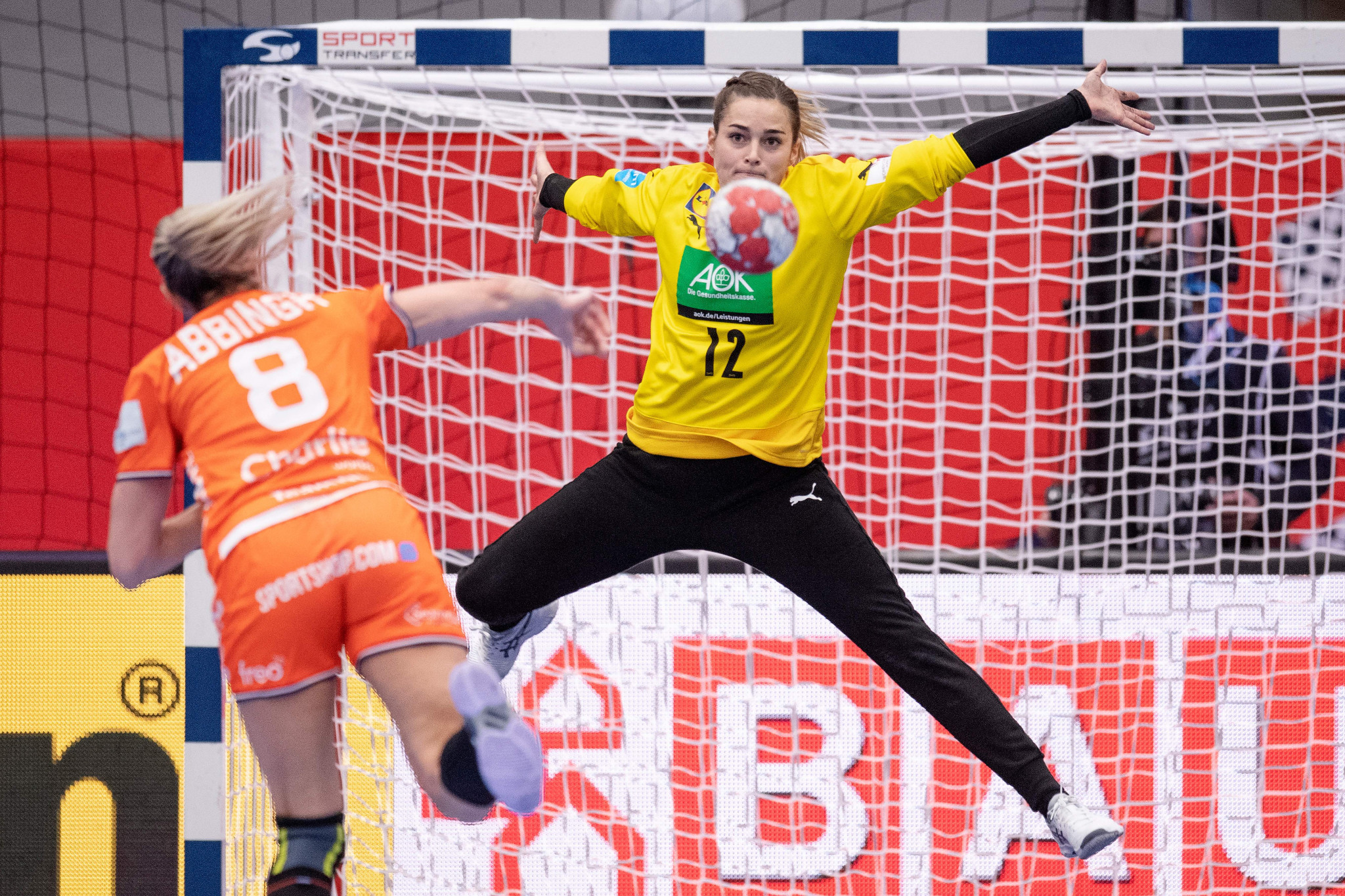 The Netherlands are unable to reach the semi-finals of the European Women's Handball Championship despite beating Germany to move above them in Group 2 in Kolding.

The World champions won 28-27, beat needed to win by at least four goals to stand a chance of reaching the final four.

Lois Abbingh scored eight goals in the winning effort, while goalkeeper Tess Wester made a tournament-leading 17 saves in the match.

Both Germany and the Dutch have four points with one game to play in the group, and Croatia are two points ahead.

Germany face Croatia tomorrow, with The Netherlands up against bottom-of-the-group Romania.

The Germans could still advance, as a win would take them level on points with Croatia and head-to-head record would be the tie-breaker.

If the Dutch also won, it would come down to the head-to-head goal difference between the three nations, and with Croatia having beaten The Netherlands by four goals in the previous group stage, there is no avenue by which they come out on top.

The best the Dutch can hope for now is to qualify for and win the fifth-place game.

A three-goal victory against Croatia will be enough for Germany, regardless of the Dutch result.

In the other game played at the tournament today, eight goals from Lorena Ostase were not enough for Romania to avoid defeat against Hungary.

The Hungarians fought back from being behind at the break to win 26-24.

Six games are scheduled tomorrow, which will bring the second group phase to an end and see the semi-final line-up decided.