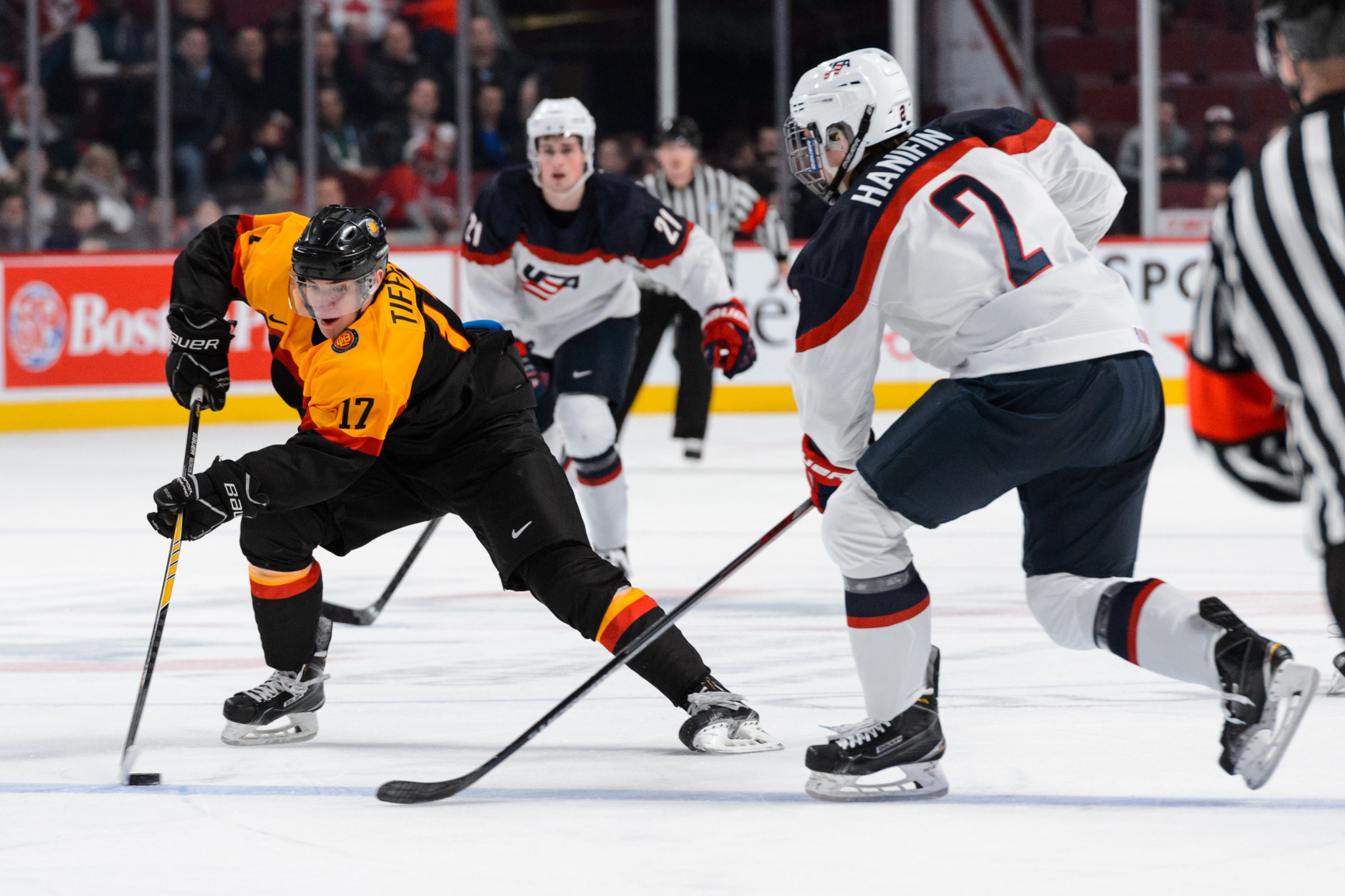 The International Ice Hockey Federation (IIHF) has been forced to amend its schedule for the World Junior Championship in Canadian city Edmonton after Germany and Sweden were hit by more coronavirus cases.

Eight of Germany’s players and two members of Sweden’s staff have tested positive for COVID-19.

It means Sweden will remain in quarantine until tomorrow while Germany's party have been forced to isolate for a further four days.

The IIHF said it had carried out 2,000 tests on all players, staff, and game officials after teams arrived in the bio-secure bubble in Edmonton for the men's World Junior Championship.

Teams were due to take part in 10 exhibition games from today until Wednesday (December 23).

But with Germany and Sweden forced into an extended quarantine period, the schedule has been cut to four matches.

Scheduled to be held on Tuesday (December 22), Switzerland and Austria will go head-to-head before Finland and the United States meet.

A day later, hosts Canada are expected to face Russia while Slovakia and the Czech Republic are also set to battle it out.

The 10-team competition is then due to begin on December 25 and conclude on January 5.

However, preparations have been disrupted by a bout of coronavirus cases with Sweden, Germany, Austria and Canada all reporting positive tests earlier this month.

Sweden were left in a "very tough situation" after several members of their coaching staff - including boss Tomas Montén - and four players contracted COVID-19 before the event and could not travel to Canada.

Following the latest round of testing, the IIHF said some players and staff will be exempt from the extended quarantine period based on "previous PCR positive COVID-19 tests that provide a personal immunity and no threat of infection to others".

All other teams will be released from quarantine once all test results have been confirmed as negative.

Game officials as well as the IIHF, Organising Committee and broadcasting staff have reported no positive cases, according to organisers.

All teams and staff are due to receive daily COVID-19 tests, and the IIHF said it would continue to provide regular updates on the progress of the event.

A statement from the IIHF Event Medical Team and Executive Committee said the number one priority was to ensure "we isolate these cases to keep the entire community and the event safe".

"The medical plan was built with a quarantine period for participating teams before departure and upon arrival in Canada," the statement added.

"We worked closely with Alberta Health Services and the Canadian Government to build a plan that is endorsed by medical experts and supported by all levels of government and health.

"The goal of the event was to get players and staff into the bubble as early as possible in order to ensure that we could isolate any positive cases, and allow the impacted individuals to complete a mandatory quarantine period, rejoin their team and participate in the tournament.

"Our team continues to work with the Organising Committee and all competing teams, and we will evaluate the status of all players and staff daily.

"Our goal remains to work through the quarantine period and establish a safe bubble for players to achieve their dream of competing in the World Juniors."

Edmonton and Red Deer in central Alberta were scheduled to host the event before the IIHF Council agreed to stage all the games in a bio-secure bubble without spectators at Rogers Place in Edmonton, and teams arrived in Canada earlier this month.