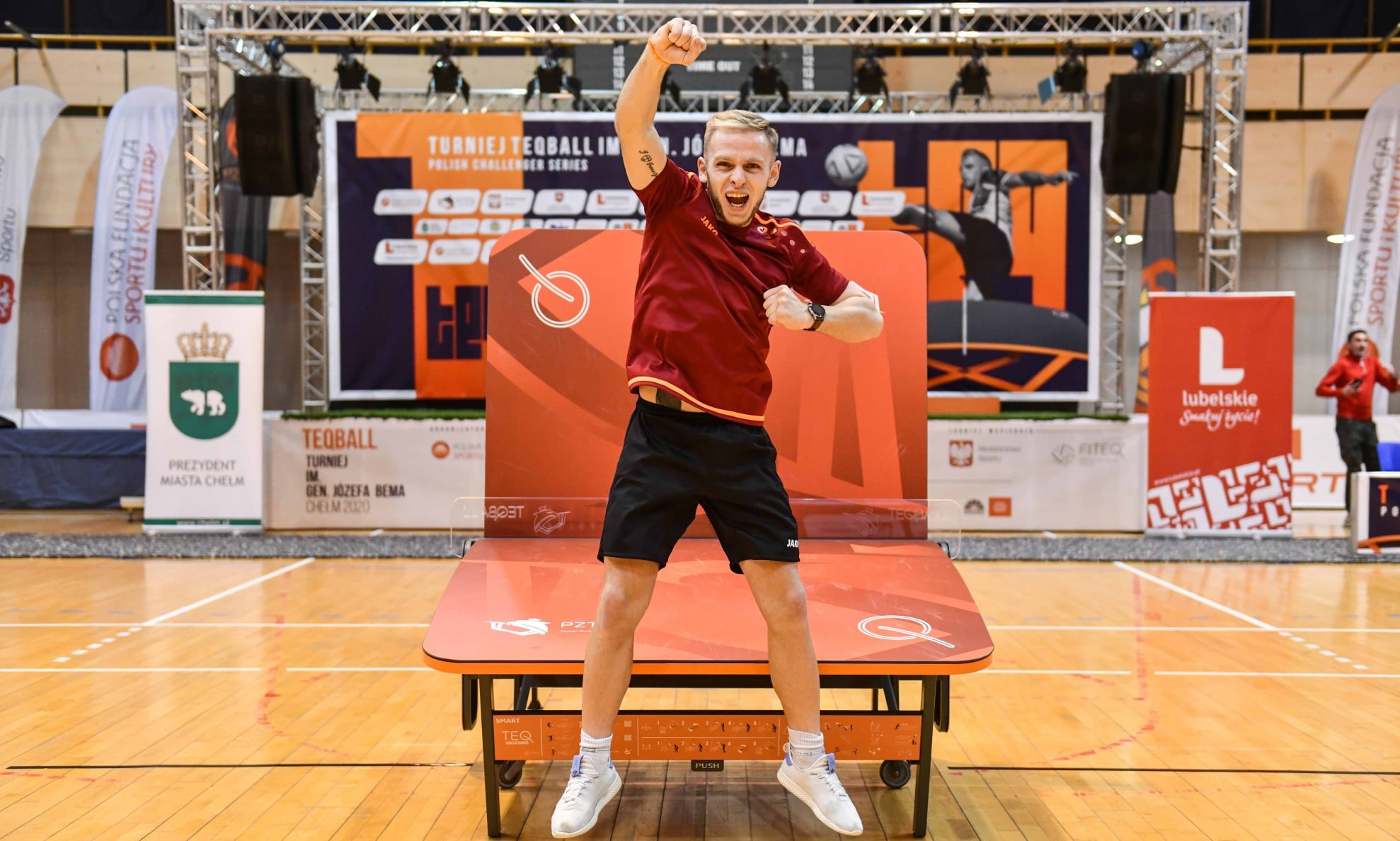 The world number two returned to the top of the podium with a dominant performance in Chelm to secure his third win from four singles rounds.

That means he will be Poland's men's singles representative at next year's World Championships.

Duszak was a beaten finalist in the men's singles at the 2019 Teqball World Championships - the most recent edition of the event.

Duszak and Bartlomiej Franczuk will be Poland's men's doubles pairing, while Patryk Kaminski and Ewa Krol have won the right to represent Poland in the mixed doubles event.

At the latest National Challenger Series event in Chelm, Franczuk had looked to have found the inspired form that saw him beat doubles partner Duszak in Kraków last month.

Franczuk eased through the group stage without dropping a set and inflicted the same result on Marek Pokwap in the quarter-finals.

But he then came up against Kaminski, who was seeking revenge following his defeat to Franczuk at the same stage in Kraków, and revenge was duly had.

Kaminski came from behind to beat Franczuk 8-12, 12-8, 12-8 to set up a gold-medal showdown with Duszak, who had not dropped a set in the tournament.

Kaminski put in an impressive performance, but Duszak showed why he is considered one of the best players in the world, securing a 12-8, 12-8 win.

"It was a hard and demanding series of four tournaments at a very high level," said Duszak.

"We played in four cities in different parts of Poland in just two months.

"I am very happy with the results that I have achieved and I accomplished my goal.

"I will represent Poland at the next World Championships in singles and doubles."

In the men's doubles, Duszak and Franczuk won their fourth consecutive title to cement their position as Poland’s premium pairing.

The country’s leading mixed doubles team, Kaminski and Krol, were unable to continue their unbeaten run and had to settle for bronze.

However, their dominance in the first three events means they will represent Poland at the flagship teqball competition next year.

"Ewa and I are very proud and happy about our success and qualification for the third World Championships in mixed doubles," said Kaminski.

"We are a couple on and off the court, we have been dating for several years and we are engaged.

"Winning the Polish Championship and earning qualification for the World Championships brought us even closer together and strengthened our relationship."

International Federation of Teqball chairman Viktor Huszár earlier this month expressed hope that the 2021 Teqball World Championships can be held with spectators present, after the coronavirus crisis meant the event was not staged in 2020.