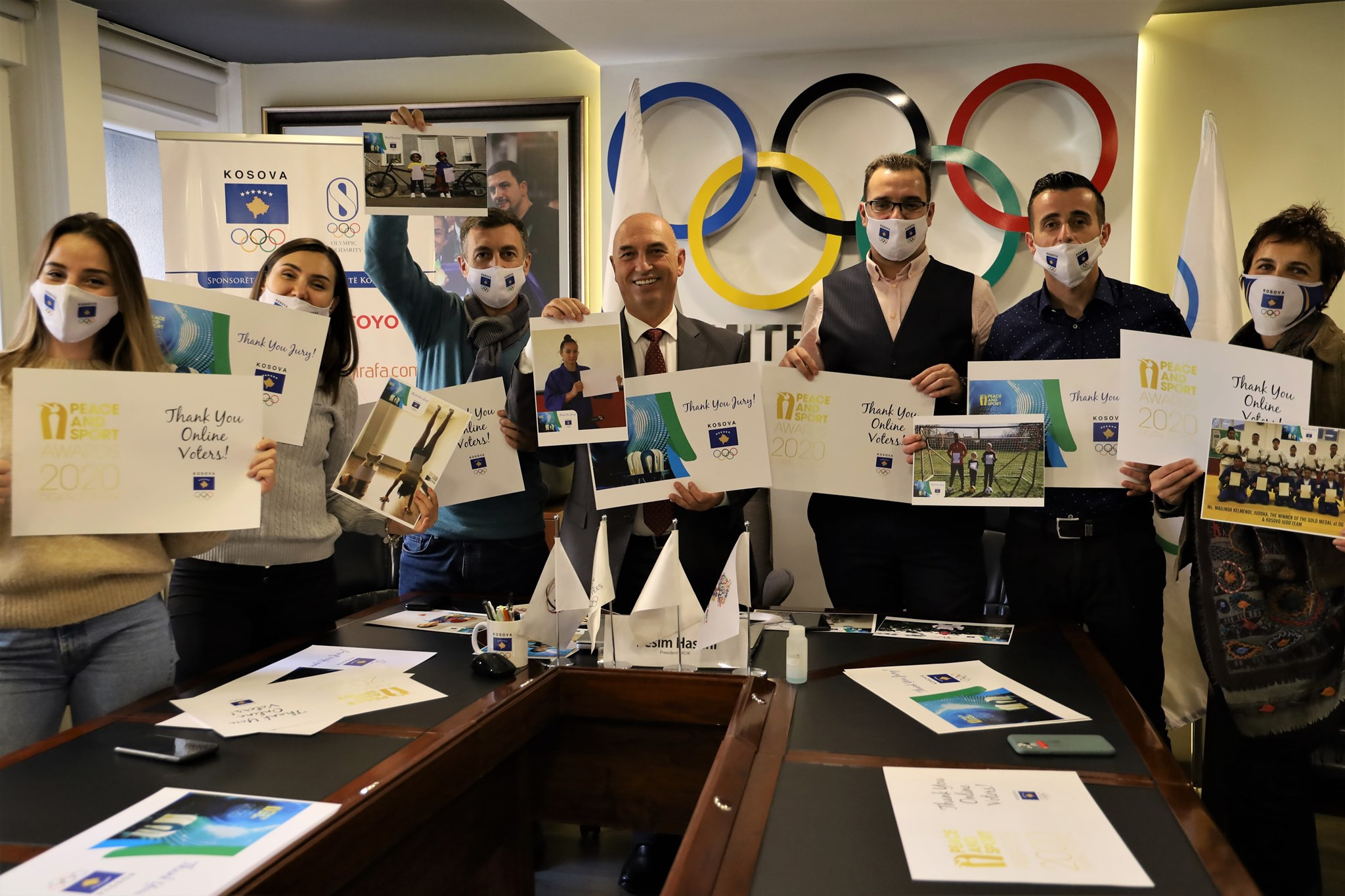 The Kosovo Olympic Committee (KOK) has won the April6 Initiative of the Year award at the 2020 Peace and Sport Awards, due to its White Card campaign.

April 6 is in reference to the International Day of Sport for Development and Peace, with KOK using its campaign to encourage athletes, fans and officials to take #WhiteCard pictures and videos while staying at home because of the coronavirus pandemic.

More than 5,000 people took up the challenge, including the Olympic judo champion Majlinda Kelmendi.

The International Judo Federation, Ministry of Education, Science, Culture and Sports of Georgia, Palestine: Sports for Life and Portugal’s secretary of state for youth and sport were also shortlisted for the accolade.

"Thank you very much to the Peace and Sport organisation for organising this beautiful event," said KOK President Besim Hasani.

"I would like of course to thank all 5,000 participants, and even more, from Kosovo.

"I would like also to thank the jury and also all the people from Kosovo and worldwide who voted for us and made us achieve this noble prize."

The Champion for Peace of the Year and the Special Jury Prize awards are yet to be revealed and will be announced over the next two days.