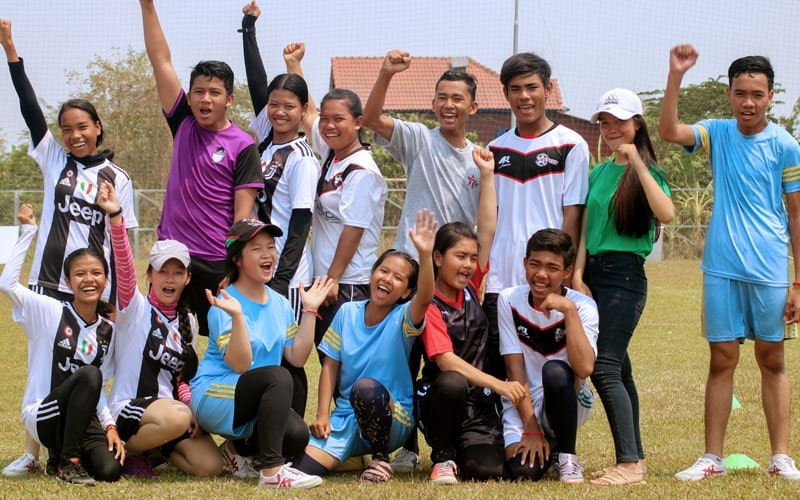 Cambodian charity Indochina Starfish Foundation (ISF) has been announced as the winner of Sport for Development and Peace Program of the Year award at this year’s Peace and Sport Awards.

The ISF secured the prize in recognition of the Football for Change Outreach Project which used football-based activities to raise awareness about key social issues and minority rights.

After training 200 aspiring coaches, 20 were selected to deliver weekly "football for social impact" sessions to 500 children from deprived rural areas in Cambodia.

Vicheka Chourp, ISF country manager for Cambodia, was delighted to accept the prize at the ceremony which was held virtually due to the coronavirus pandemic.

"We can’t thank the jury enough for recognising the hard work and dedication of our coaches and the project’s participants.

"They do it from their hearts and in a year of such uncertainty, and many challenges, we are overjoyed that their work is recognised."

Sweden's Pernilla Wiberg, a two-time Olympic champion in Alpine skiing, announced the winner at the Brooks Brothers shop in Monaco.

"The nominees do a fantastic work using sport to transmit life skills and values to the children and open their way for a better future."

The Sport for Development and Peace Program of the Year was the first of five awards to be announced in the coming days.

The winner of the Innovative Action of the Year award is due to be revealed tomorrow.