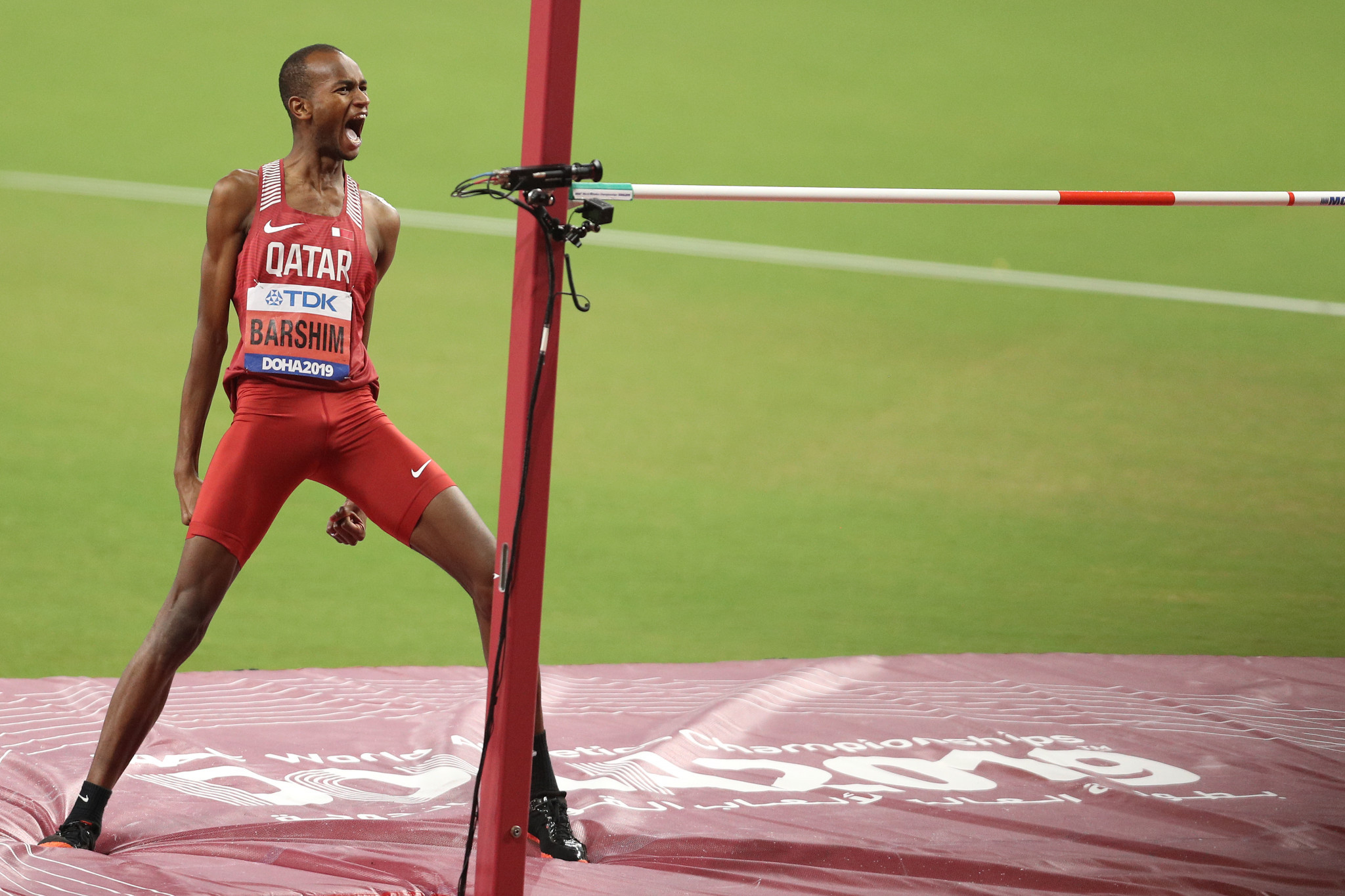 Two-time high jump world champion Mutaz Essa Barshim is among a group of Qatari athletes to back Doha's bid for the 2030 Asian Games.

Barshim successfully defended his high jump world title in front of a home crowd at the 2019 World Athletics Championships in Doha.

He is also a two-time Asian Games champion, triumphing at Incheon 2014 and Guangzhou 2010, an Olympic silver medallist at Rio 2016, and an Olympic bronze medallist at London 2012.

The 29-year-old conceded he would be unable to compete at the 2030 Asian Games but hoped they would be awarded to Doha to allow other athletes to experience "some of the best venues and training facilities in the world."

"One of my first ever senior competitions was the Guangzhou 2010 Asian Games and I will never forget what an honour it was to live side-by-side with my Asian brothers and sisters," Barshim said.

"While I think the Asian Games in 2030 may come too late for me personally, I have no doubt Doha 2030 would be an unforgettable event.

"I have had the privilege of competing in Doha on many occasions, notably last year during the World Athletics Championships, and international athletes always tell me what an amazing place it is to compete.

"It has some of the best venues and training facilities in the world and you always know the service and support for athletes will be world-class.

"I really hope that Doha is awarded the 2030 Asian Games so all Asian athletes and the wider Asian sports community can experience this for themselves."

Nasser Al-Attiyah was another Qatari athlete to back the bid.

Al-Attiyah, who is also a rally driver, was part of the Qatari team that took skeet gold at the 2002 Asian Games in Busan and 2010 edition in Guangzhou, as well as earning an Olympic bronze medal at London 2012.

He also competed in the last Asian Games hosted by Doha in 2006.

"I had the honour of competing in Doha 2006 and the atmosphere of celebration and unity I experienced during the Games still lives with me," said Al-Attiyah.

"It was not my most successful Asian Games, but it was one that provides some of my fondest memories.

"Since then I have seen how Doha has made significant investment into sport and hosted hundreds of sports events, training camps and more.

"With all this experience and expertise I have no doubt that Doha can host an even better Asian Games in 2030 to the one I experienced in 2006.

"But one thing that will be the same will be that all of Asia is made to feel valued and welcomed."

Doha 2030 claims it will provide the "ultimate athlete experience" during the Games.

The host city for 2030 is set to be elected at the Olympic Council of Asia General Assembly in Muscat in Oman on Wednesday (December 16).

Doha is going head-to-head for the Games against geopolitical rival Saudi Arabia, which has put forward capital Riyadh.

Both the Saudi Arabian and Qatari bids have attracted controversy for the nations' records on human rights.