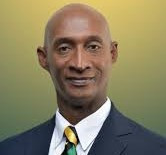 Garth Gayle has been elected as the new President of the Jamaica Athletics Administrative Association (JAAA) with a massive victory over Olympic gold medallist Don Quarrie.

Gayle, honorary secretary of the JAAA for the last 20 years, polled 236 votes to Quarrie's 28 at the Annual General Meeting (AGM) in Kingston.

He replaces Warren Blake, an orthopaedic surgeon, who has fulfilled a promise to step down after serving two terms having first been elected in 2011.

Gayle will be replaced as honorary secretary by his long-time assistant, Marie Travers, who defeated Anthony Davis at the AGM held at the National Stadium in Jamaica's capital.

Tavares’ replacement as assistant secretary, Brian Smith, is a former vice-president of the JAAA.

"I am very elated that the delegates have given me this resounding win today," Gayle, principal of a high school in St Catherine in the south-east of the Caribbean island, told the Jamaica Gleaner.

"We now have to meet immediately to put our team together.

"We have a lot to do, to begin the work put forward in our manifesto.

"We have a lot to do as we have the pandemic and we need to get the sport back on track.

"I am here to work with anyone who is willing to work on behalf of track and field and Jamaica."

Quarrie, the Montreal 1976 Olympic 200 metres champion, claimed he was "feeling fantastic" even after the crushing defeat which saw voters reject his promises to prioritise integrity, financial stability, greater inclusion of athletes and other stakeholders, put more focus on the island’s development of elite youth talent, stronger international relations and increased opportunities for coaches, officials and other members of the athletics family.

"I am feeling fantastic despite things not going as expected," the 69-year-old Quarrie told the Jamaica Gleaner.

"The main thing is I go by what I said earlier and hope most of it will sink in eventually to the members, coaches and athletes.

"I am looking on the development of the future for the youngsters.

"My goal was to make a difference and in a couple years it will come, as we may be forced to, and when that change comes, people would say it could have been a bit earlier."

Blake, as the outgoing President, however, was more optimistic about the future under Gayle.

"It was a convincing victory for Garth," he told the Jamaica Gleaner.

"Garth has a wealth of knowledge to bring to track and field as he has served on the IAAF (International Association of Athletics Federations) Technical Committee for many years and he has also served as chairman of the NACAC (North American, Central American and Caribbean Championships) Commission.

"He is well known internationally and he will do wonders for Jamaica’s track and field, as he is also a good administrator,"

Grace Jackson, the 1988 Olympic 200m silver medallist, claimed that Gayle's first priority was to ensure that Jamaican athletes can prepare properly for next year's re-arranged Games in Tokyo.

"What is really important is that we have to start collectively putting together some sort of methodology for operating within a COVID environment," Jackson told the Jamaica Gleaner.

"That would be important for our athletes, or coaches primarily because the result of what they do is a plus for the organisation."