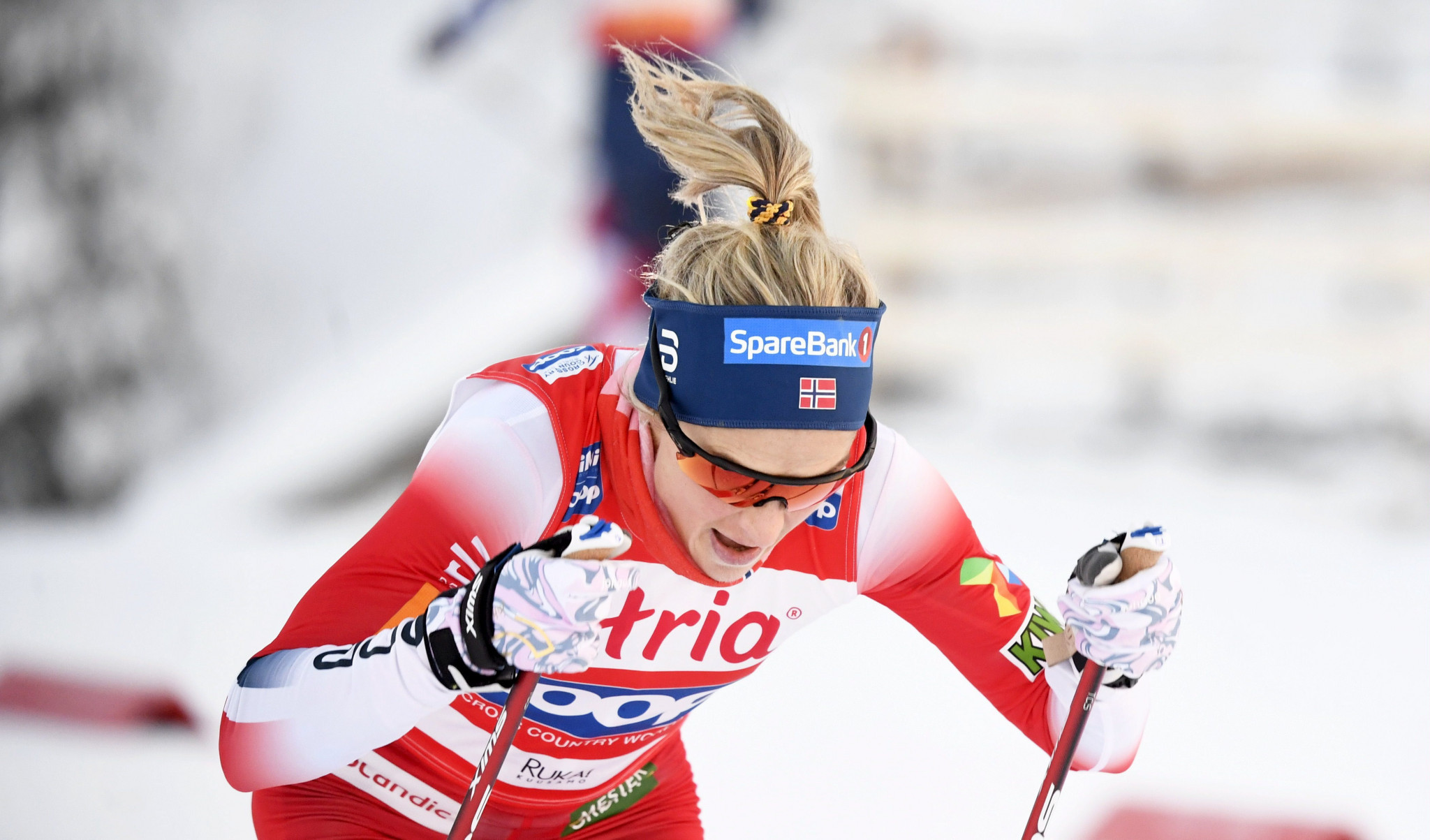 Norway's Therese Johaug replicated her dominant form from last season in the first distance race of the 2020-2021 International Ski Federation (FIS) Cross-Country World Cup, winning by more than 20 seconds in Ruka in Finland.

The overall and distance World Cup champion from last season, Johaug was once again a clear winner, finishing ahead of the young Swedish pair Frida Karlsson and Ebba Andersson in the women's 10 kilometres race.

Johaug only lost three distance races last season, before it was concluded earlier than expected due to the COVID-19 outbreak.

The 10-time world champion, who in 2016 served an 18-month drugs ban, began her campaign for a fourth overall World Cup title in ominous fashion.

Johaug finished with a time of 25min 01.4sec, winning comfortably.

Karlsson was 21.8sec behind in second.

Andersson, who was crowned the overall under-23 winner last season, was a further 4.2 behind and held off Russia's Tatiana Sorina by just 0.1.

Sorina's team mate Natalia Nepryaeva, who finished third in this event in Ruka in 2019, was only fifth, 30.3 behind Johaug.

Yesterday's sprint winner Linn Svahn finished a respectable 11th and was less than a minute off the pace, while Norway's Heidi Weng took the rest of the weekend off after struggling in yesterday's sprint.

Svahn remains in the lead in the overall standings ahead of compatriot Maja Dahlqvist and Nepryaeva in second and third.

In the men's 15km, Norway's Johannes Høsflot Klæbo made up for yesterday's disappointment in the sprint to win the first distance race of the season.

Having finished runner-up to compatriot Erik Valnes in the sprint, he, like Johaug, was a clear winner with a finishing time of 34:04.6.

Russia's Alexey Chervotkin took silver, 15.2sec behind the Norwegian, and was joined by team mate Alexander Bolshunov in the bronze-medal position.

Norway's Emil Iversen, third in the sprint yesterday, finished fourth, just 1.8 behind Bolshunov to be denied a second bronze medal of the weekend.

Pursuit races are scheduled for tomorrow.