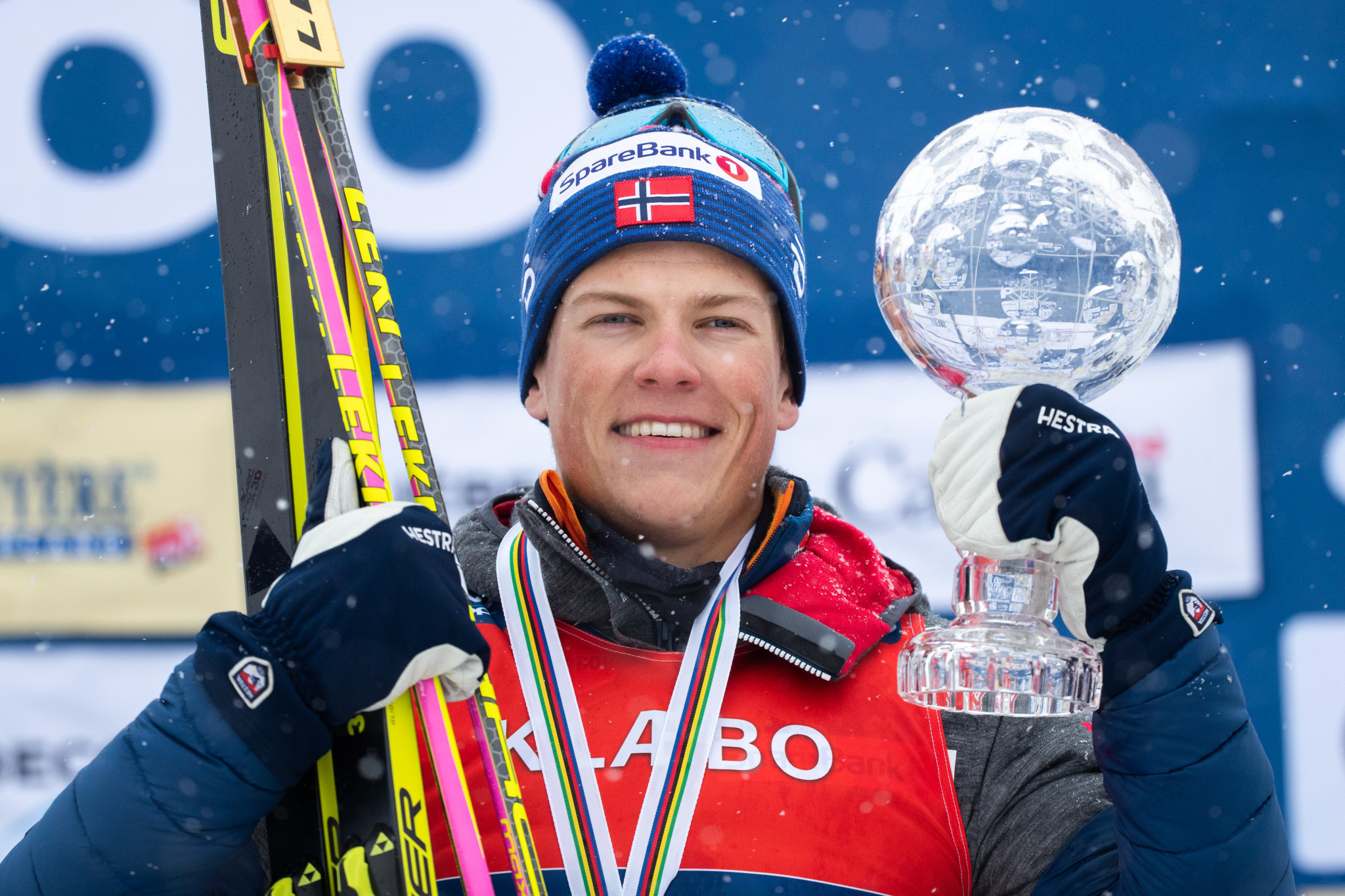 The 2020-2021 International Ski Federation (FIS) Cross-Country World Cup season is set to start tomorrow in the Finnish resort of Ruka with three days of competition.

The first of these will be the men's and women's sprints where reigning champions Johannes Høsflot Klæbo of Norway and Linn Svahn of Sweden will look to start successful title defences.

In the men's competition, Klæbo will face close competition from compatriots Erik Valnes and Pål Golberg who were his closest challengers over the shorter distances.

That said, the sprint race is set to be held under classic rules, while Chanavat's two wins came in freestyle disciplines.

Svahn finished just ahead of one of her compatriots in the women's event, Jonna Sundling, as well as Slovenia's Anamarija Lampič for the title, with all three claiming multiple sprint victories last season.

The following day, the 15 kilometre and 10km races for men and women respectively will be set to take place on Saturday, with overall and distance champions from last year looking for the best start to the season.

Russia's Alexander Bolshunov was a clear overall winner in the men's competition ahead of Klæbo and Golberg, but did not win this event last season.

Instead, that victory went to the home favourite Iivo Niskanen, who finished sixth in the overall standings at the end of the season, which was cancelled earlier than expected due to the COVID-19 pandemic.

Norwegian pair Simen Hegstad Krüger and Sjur Røthe were fourth and fifth overall in the standings last year and will look to be a threat again this season.

In the women's competition, Therese Johaug was incredibly dominant, winning the overall standings by over 800 points ahead of her Norwegian team-mate Heidi Weng.

Johaug won all but three distance races last season, laying down a dominant display throughout the season.

The 15km and 10km freestyle pursuit, another set of distance races, will conclude the weekend on Sunday.