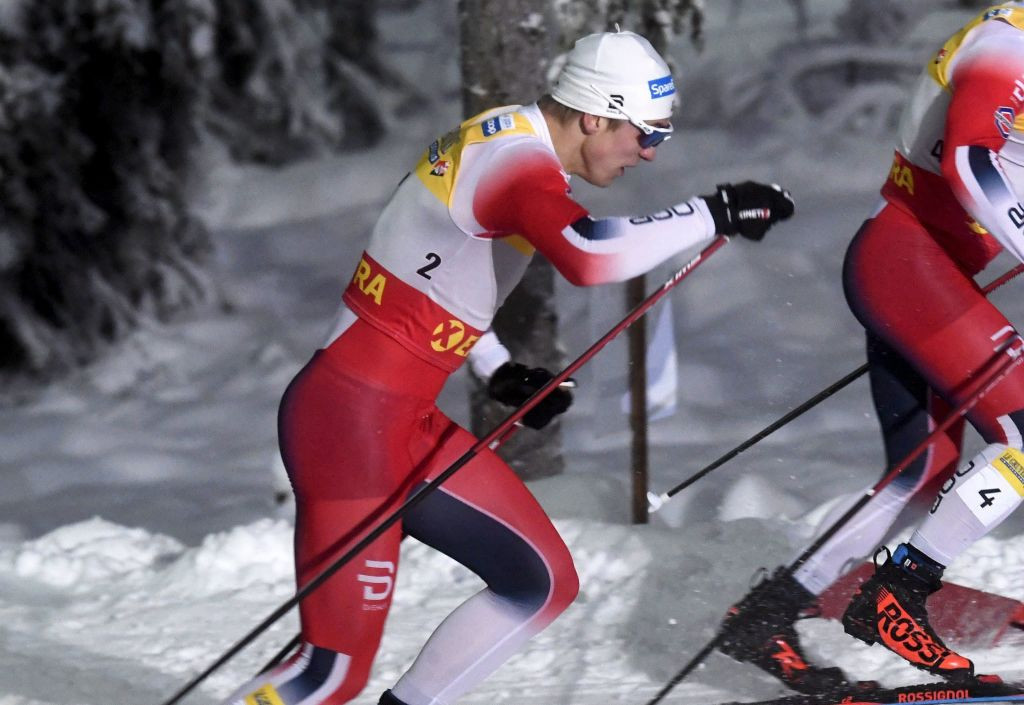 The 24-year-old shadowed the favourite Klæbo through two rounds before emerging victorious in the final at the Finnish resort.

Having won this race in Ruka last year, Klæbo settled for silver, a long distance ahead of a third Norwegian, Emil Iversen.

Klæbo and Valnes were drawn together in the heats and finishing first and second, respectively, in both the quarter and semi-finals.

After getting closer in every race, Valnes eventually struck when it mattered - winning the final and claiming gold in a time of 2min 29.56sec, 0.61sec ahead of Klæbo.

Iversen was a further four seconds adrift in third, ahead of last year's overall champion, Alexander Bolshunov of Russia.

The biggest shock of the competition was the absence of Norway's sprint bronze medallist from last season, Pål Golberg, from the final, after he was knocked out in the semi-finals.

Italy's Federico Pellegrino, who finished fourth in the sprint standings last season, failed to make it out of the quarter-final heats.

Sweden's Linn Svahn had a perfect start to her season as she led a Swedish sweep in the women's sprint.

The defending sprint champion from last season continued her run at the top, remaining unbeaten in three rounds of competition.

Behind her in the final race were her team-mates Maja Dahlqvist and last season's sprint runner-up Jonna Sundling.

Svahn progressed from her quarter-final heat with the second fastest time of the day - only two tenths slower than her run in the final.

With only two automatically qualifying, a further two progressed by virtue of being the fastest losers, including Russia's Natalia Nepryaeva.

Finishing at the back of the heat was Norway's defending overall crystal globe champion Therese Johaug, who will favour the distances tomorrow and Sunday (November 29) races.

In a slower semi-final, Svahn finished top again, while Sundling did the same in her race.

The final saw four Swedes, the other being Emma Ribom, and two Norwegians, Lotta Udnes Weng and Ane Appelkvist Stenseth, contest the medals.

Svahn's time of 2:54.34 ensured that she took gold, with Dahlqvist finishing second and Sundling finishing third just over half a second behind.

Slovenia's Anamarija Lampič, third in the sprint standings last season, narrowly missed out on the final after finishing third in Svahn's semi-final.

The 15 kilometres and 10km races for men and women respectively are due to take place when action resumes tomorrow.