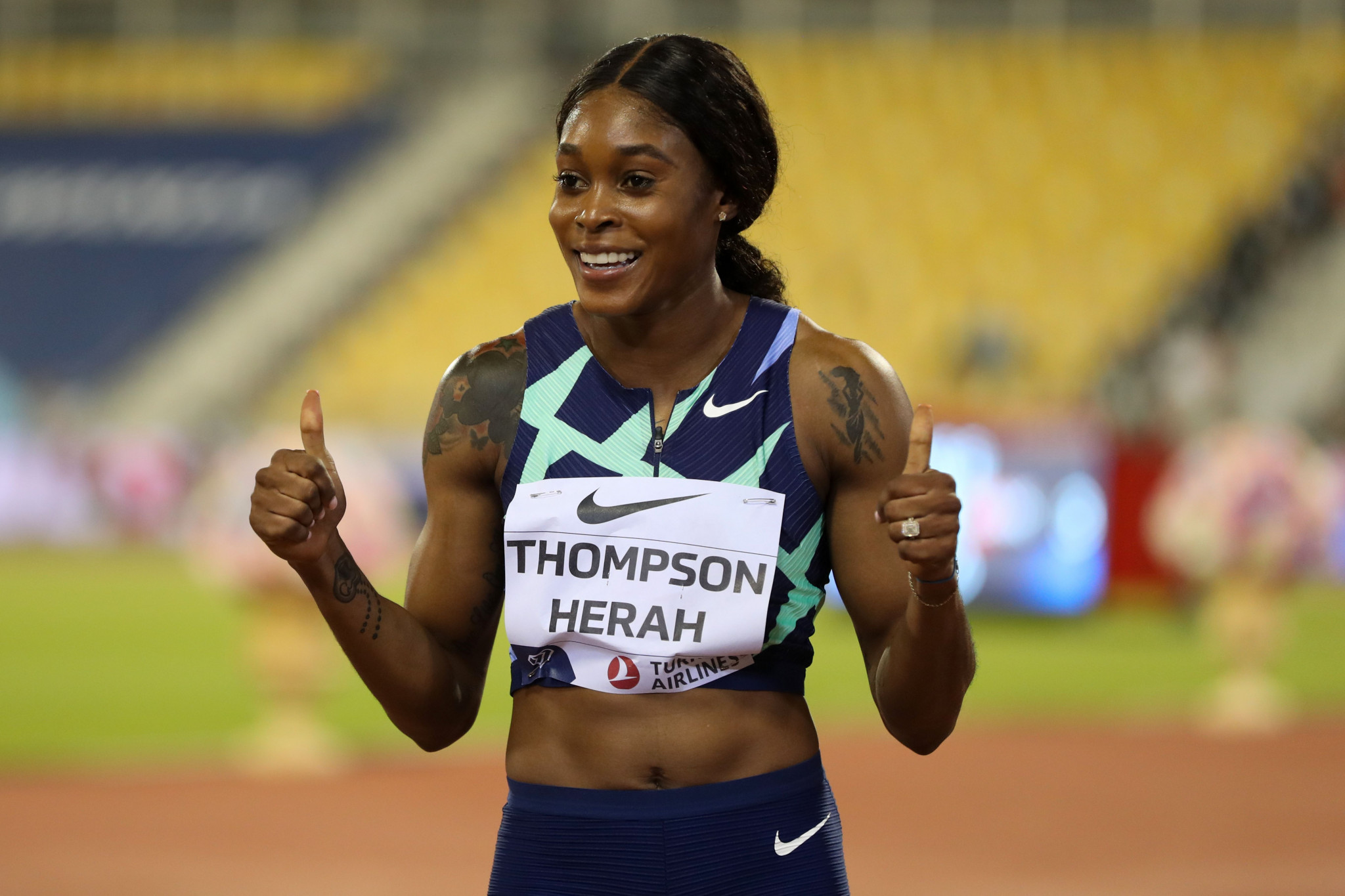 Double Olympic sprint champion Elaine Thompson-Herah is among the five finalists for this year's Female Athlete of the Year accolade.

The Jamaican, who triumphed in the 100 metre and 200m events at the Rio 2016 Olympic Games, is undefeated over seven 100m races in 2020 and set a world-leading time of 10.85sec at September's Diamond League meeting in Rome.

Letesenbet Gidey of Ethiopia has also been announced as a finalist, having set a world record of 14min 06.62sec in the women's 5,000m at the Valencia World Record Day event in Spain in October.

She also finished second in the 5,000m at the Diamond League meeting in Monaco.

Peres Jepchirchir of Kenya will be considered a favourite for the award after claiming the world half-marathon title in Gdynia, bettering her own world record for a women-only race with a time of 1:05:16.

Venezuela's Yulimar Rojas, who was named as the World Athletics Rising Star award winner in 2017, has now become a finalist for the Female Athlete of the Year category.

Rojas is currently undefeated in four triple jump competitions both indoors and outdoors and set an indoor triple jump mark of 15.43 metres.

The Netherlands' Sifan Hassan is the fifth finalist after enjoying a strong season, which included a world record in the one-hour run, covering a distance of 18,930m.

With the exception of Rojas' Rising Star win in 2017, none of the athletes shortlisted have won the Female Athlete of the Year accolade.

It means a new winner will be crowned once again, continuing a streak that has existed since 2010.

The United States' Dalilah Muhammad earned the accolade in 2019 after she twice broke the world 400m hurdles record in a year that also saw her become world champion.

The awards ceremony is scheduled to be held on December 5 and will be in a virtual capacity for the first time, a result of the COVID-19 pandemic.

Sprint stars Sanya Richards-Ross, who won gold in the 400m at London 2012 for the US, and Trinidadian Ato Boldon, a four-time Olympic medallist, have been chosen to host the event.