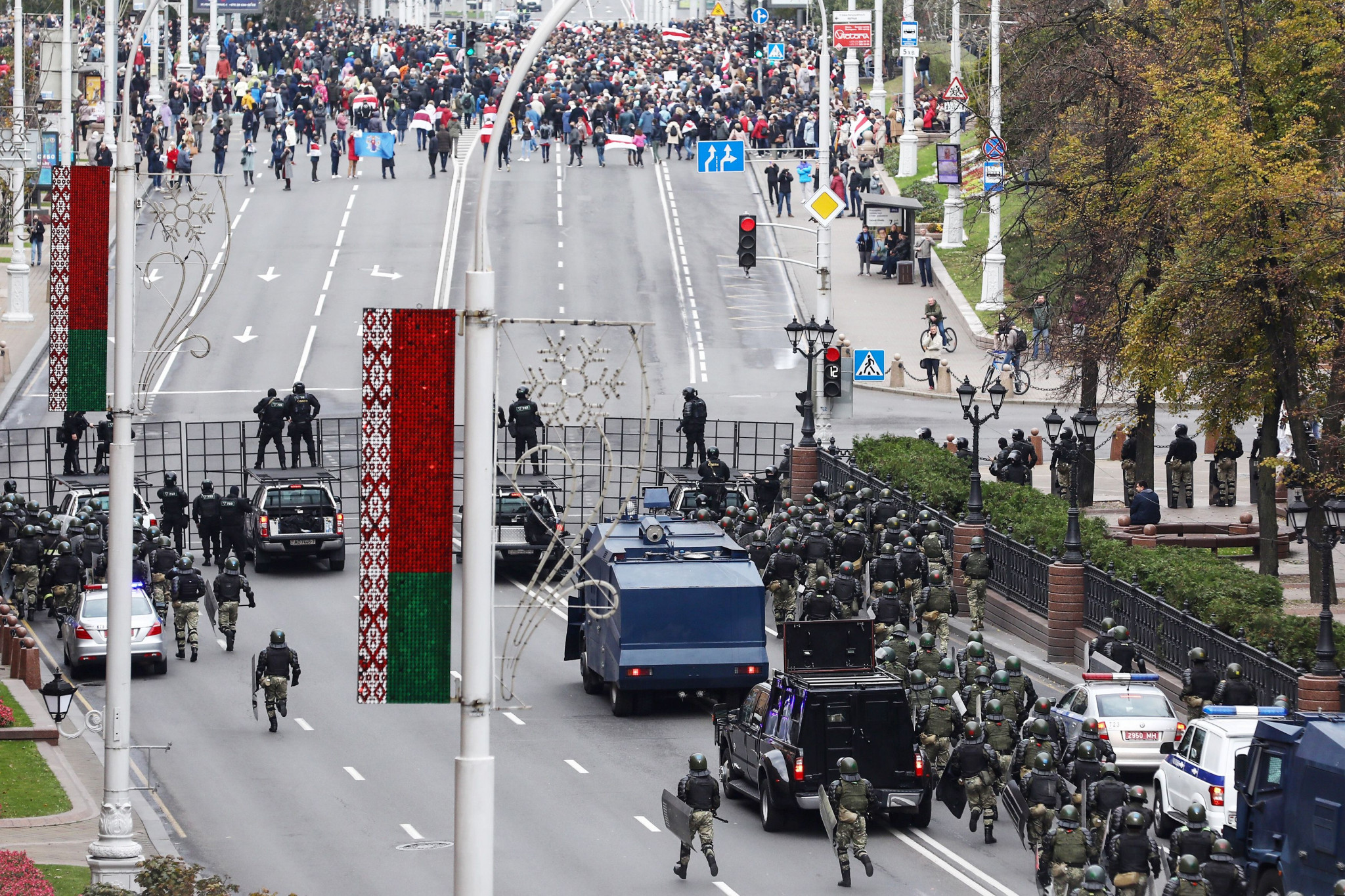 Latvian Prime Minister Krisjanis Karins has questioned whether teams will be prepared to travel to Belarus to compete at next year's International Ice Hockey Federation (IIHF) Men's World Championships due to concerns over security in the country.

Latvia is scheduled to co-host the World Championships with Belarus, but Karins has been vocal in calling for the IIHF to move the competition out of the country because of security fears.

Mass demonstrations have been held against Alexander Lukashenko following his controversial re-election as Belarusian President in August.

A national strike took place on Tuesday (October 27) following a call from Belarusian opposition leader Svetlana Tikhanovskaya, who is currently in exile in Lithuania.

Around 100,000 people participated in a demonstration on Sunday (October 25) as protests against Lukashenko entered their 12th week.

Lukashenko’s response has been criticised and his Government has been accused of human rights violations amid a crackdown on the protests.

Karins has suggested the security concerns could lead to countries opting not to participate in the World Championships in Belarus.

"We are planning to hold our stage," Karins told Latvian television channel TV3.

"The question is whether the stage in Belarus can take place at all, even if we wanted it to happen.

"At the moment, for security reasons, I very much doubt that there will be enough teams ready to go there.

"Of course, we want and are ready to be co-organisers of the championship, all preparatory work is underway.

"I think, if epidemiological conditions allow, this will be a wonderful event for Latvia for many reasons.

"We are concerned about the second stage planned in Minsk."

IIHF general secretary Horst Lichtner admitted earlier this week that the Men’s World Championship will not be held in Belarus if there is "chaos and revolution" in the country.

Lichtner added that an IIHF Expert Group had been tasked with conducting a full review into the 16-team competition due to run from May 21 to June 6 next year.

Belarus is scheduled to stage matches in 2021 at Minsk Arena alongside Latvia, which plans to use Arena Riga.