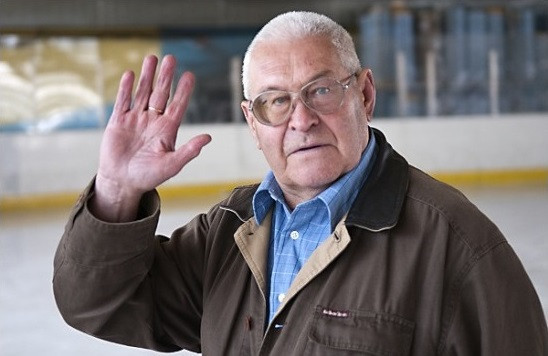 The Russian Figure Skating Federation (RFSF) confirmed Moskvin passed away at the age of 91 on Tuesday following a serious illness.

Alongside partner Maya Belenkaya, Moskvin won three successive Soviet national titles between 1952 and 1954 before turning his attention to coaching.

Former world champions Marina Eltsova and Andrei Bushkov and Larisa Selezneva and Oleg Makarov – bronze medallists at Sarajevo 1984 – were also among the pairings to work under Moskvin’s guidance.

Matytsin led the tributes to "legendary coach" Moskvin, describing his death as a "irreparable loss".

"He devoted his whole life to figure skating, a sport so beloved in our country, and made a huge contribution to its development," Matytsin told Russia’s official state news agency TASS.

"He was an inimitable master of his craft, possessing a real pedagogical talent, who brought up a whole galaxy of brilliant athletes.

"On behalf of the Ministry of Sports of the Russian Federation and myself, I express deep condolences to Igor's wife Tamara Nikolaevna Moskvina, to all relatives, friends and pupils of the legendary coach."

Oleg Vasiliev said he considered Moskvin as a father figure during his career which saw him win gold at Sarajevo 1984 and three world titles.

"This is the person who taught me everything that I used to achieve the best results," said Vasiliev.

"He was a mentor in sports and in life, his life was interesting, eventful, not only in figure skating.

"As a father, as a husband, he lived a long and happy life."

"He was a great coach," said Tarasova.

"He worked with Ludmila Belousova and Oleg Protopopov whom the whole world admired."

"There was a period when I was still an athlete for the national team and I talked a lot with Igor Borisovich. He told me a lot of useful things," added Gorshkov.

"This is an irreparable loss, a lot in the history of our figure skating is connected with the name of Igor Borisovich."