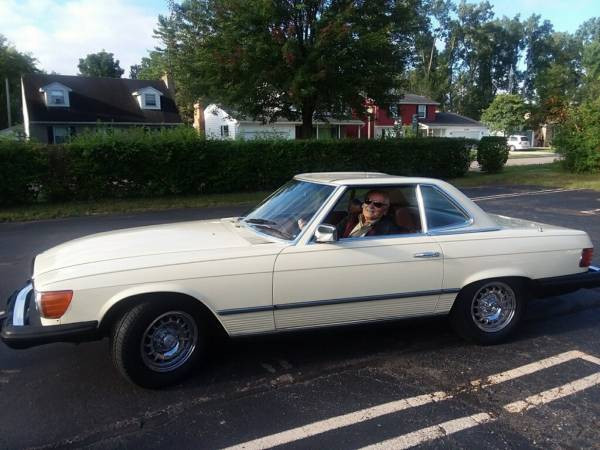 Another car from a member of the United States’ 1992 Olympic “Dream Team” is up for sale.

The 1979 Mercedes 450 SL automobile once owned by Earvin "Magic" Johnson has been put up for sale.

It is being put up for sale by Tom Jamieson, a doctor in Johnson’s hometown in Lansing in Michigan, who bought it off Johnson sometime in the 1980s.

The car is a hard top with leather interior and an old school stereo inside.

It only has 46,000 miles on the clock because Jamieson only drives it in the summer.

The rest of the time it is stored in the garage.

“It needs to be driven,” Jamieson told the Lansing State Journal.

“Somebody needs to take it and drive it, ride it and use it.

“I don’t know that Magic cares at all what happens with it, but I do.

“I think it would be fun for someone to have.”

Johnson is also considered to be one of the greatest players in National Basketball Association (NBA) history.

He played for the Los Angeles Lakers for 13 seasons and won five NBA titles.

Johnson was included in the US team for the 1992 Olympic Games in Barcelona shortly after announcing he had tested HIV-positive.

Johnson averaged 8.0 points per game during the Olympics, and his 5.5 assists per game was second on the team.

He played infrequently because of knee problems, but received standing ovations from the crowd, and used the opportunity to inspire HIV-positive people.

Johnson became a two-time inductee into the Basketball Hall of Fame.

He was first enshrined in 2002 for his individual career, and again in 2010 as a member of the "Dream Team".

Jamieson, a specialist in sports medicine, used to treat Johnson when he was a high school student in Lansing and at Michigan State University.

Johnson sold Jamieson the car after finding out how much he liked it.

When the car arrived at Jamieson’s home after being driven from Southern California it had a basketball inside it.

Jamieson is hoping to contact Johnson to get him to sign the ball and include it in the price of the car.