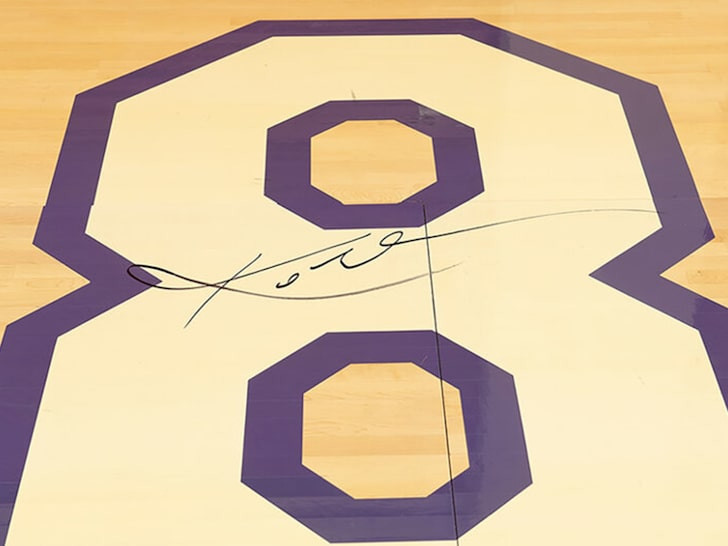 The unique piece of memorabilia was cut from the Staples Center floor with Bryant's first basketball number, eight, in the April 13, 2016 game, and sold by Heritage Auctions.

Bryant ended his NBA career in brilliant fashion, scoring 60 points in the Los Angeles Lakers' 101-96 victory against the Utah Jazz.

The consignor was set to donate 10 per cent to the Mamba & Mambacita Sports Foundation, a youth sports non-profit which was set up following Bryant's death in a helicopter crash in California on January 26, which killed seven other people, including his daughter Gianna.

Announcement of the sale came as Bryant's former club, the Lakers, contest the NBA Finals against the Miami Heat, with players on both teams paying homage to the late double Olympic gold medallist who won five Championships in purple and gold.

The Lakers have worn patches with KB on their jerseys as well as the number two, which Gianna, a promising young player, used to wear.

"It's hard not to think about him, whether you're a part of this organisation or not," Lakers guard Danny Green told Associated Press.

"He's always going to impact the game and have a presence, especially for us…he was one of those pioneers that was amazingly great in everything he did on and off the floor."

In 2016, following his final performance, Bryant had a towel draped over his shoulders.

As he walked off the court after his speech, a fan grabbed the towel.

But the piece of Bryant hardwood was not the basketball item which attracted the highest price.

A 2004 Topps Chrome LeBron James Superfractor was among several cards in the auction that featured the man who may well add another NBA championship to his impressive résumé this season.