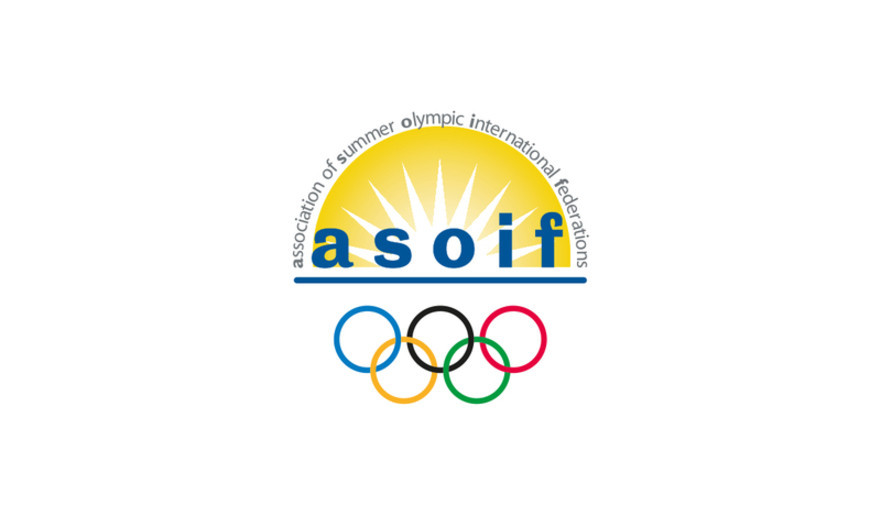 The third edition of the governance review was published on Tuesday (June 16), following previous studies by ASOIF in 2017 and 2018.

A total of 31 IFs participated in the latest governance review, down from 33 in the second.

ASOIF said 32 questionnaires were distributed, with the International Boxing Association not included due to being in the process of "major organisational changes."

The WKF were revealed to have declined to participate in the review, which saw IFs publicly identified in groups for the first time based on performance.

ASOIF had warned IFs last year that the third review would involve a more compliance-based concept, with greater transparency about their results amid pressure from the public, public authorities and the media.

The WKF claimed it was surprised by the review and said it had been given "no possibility" to clarify its position.

The governing body alleged the sport had been "disregarded" by ASOIF, accusing the association of lacking "solidarity and sensitivity."

"Prior to the completion of this last edition of the review, we posed, in written form, certain queries to ASOIF," the WKF said in a statement to insidethegames.

"These questions remain unanswered by ASOIF to this date.

"However, the study has been published already, and our organisation has been specifically mentioned, with no possibility to clarify our position on the matter.

"The WKF shares the position – explicitly stated by ASOIF - that the implementation of governance requirements would demand disproportionate resources for some IFs.

"Karate’s governing body believes that ASOIF should have showed more solidarity and sensitivity towards WKF’s requests.

"The sport of karate and the millions of karate practitioners around the world have been disregarded by this report and by its inappropriate valuation system, which compares, in equal conditions, IFs with a major structure, high budget and Olympic funding, with IFs like ours, with a small budget, no Olympic funding, and at the same time, have to accomplish readiness for Tokyo 2020.

"ASOIF has neither considered that for the first time in the history, there are associate members in ASOIF that must face completely different conditions and situations.

"Governance and transparency have always been paramount to the WKF -  measures and policies continue to be implemented - to the best of our abilities - to showcase this organisation’s traditional openness and accountability.

"In this sense, the WKF would like to state that this organisation has not rejected to participate in the study, on the contrary, as soon as our queries are addressed by ASOIF, we would be more than pleased to continue participating in the review, as we have done in the past."

ASOIF defended the methodology of the governance review following criticism from the WKF, which became one of five associate members of the umbrella organisation following karate being added to the programme for the Tokyo 2020 Olympic Games.

ASOIF highlighted considerable progress made by other federations despite constraints, including fellow associate members.

The body also said the WKF had the opportunity to receive support from its Governance Support and Monitoring Unit, which aims to offer best practices and customised solutions to IFs depending on their size and resources.

"It is not ASOIF’s policy to comment publicly or react to member statements but in this particular case we feel obliged to provide some clarification," ASOIF said in a statement to insidethegames.

"In June 2018 the WKF President wrote to ASOIF claiming that they face 'disproportionate obligations' and outlined their disagreement with the design of the Governance Taskforce’s methodology.

"The WKF President stated that the WKF did not wish to proceed further with the follow-up to the questionnaire and declined to participate in the third governance assessment - the second for associate members.

"ASOIF has confidence in the methodology which was developed by the ASOIF Governance Taskforce and adopted by the General Assembly.

"The Governance Taskforce’s work has been widely recognised by the public authorities, the Council of Europe, expert commentators and the media.

"The International Partnership Against Corruption in Sport (IPACS) has decided to build on ASOIF’s indicators as the basis for an internationally recognised benchmark.

"We understand that many of our members operate under constraints but that has not prevented most of them, including the four other associate members, from making considerable progress, as the third review of IF governance demonstrated.

"Many have taken advantage of the support provided by our Governance Support and Monitoring Unit over the last two years - an opportunity which has been open to the WKF."

ASOIF also defended itself against claims that it had shown a lack of "solidarity and sensitivity towards WKF’s requests."

The umbrella body said that it had no obligation under the Olympic Charter to admit the five additional sports for Tokyo 2020 as associate members, but change its statutes to allow them to join.

ASOIF said this has enabled the associate members to "enjoy the considerable privileges that flow from that."

"We have always supported the concept of additional contribution to the associate members and have repeatedly requested the IOC to make a contribution towards their costs of preparing for the Tokyo 2020 Olympic Games," ASOIF said.

"We have played an instrumental role in securing additional financial support for associate members to alleviate their cashflow problems arising from COVID-19."

A total of 50 indicators were divided across the principles of transparency, integrity, democracy, control mechanisms and development and solidarity.

Each of the criteria was scored out of four, meaning a score of 200 was the highest possible for IFs to achieve.

The top six IFs all scored between 170 and 187 points in the questionnaire.

The six IFs in the lowest ranked category scored between 84 and 119.

ASOIF had set a target score of seeing 26 of the 28 full members achieve a score of 120 in the review.

The target was lower for associate members, with 100 the benchmark.

The IFSC was the highest scoring of the associate members, with sport climbing’s governing body featuring in the B category.

WBSC finished over the target of 100, with the ISA and World Skate missing out.

The full report can be accessed here asoif_third_review_of_if_governance_fv-0616.pdf