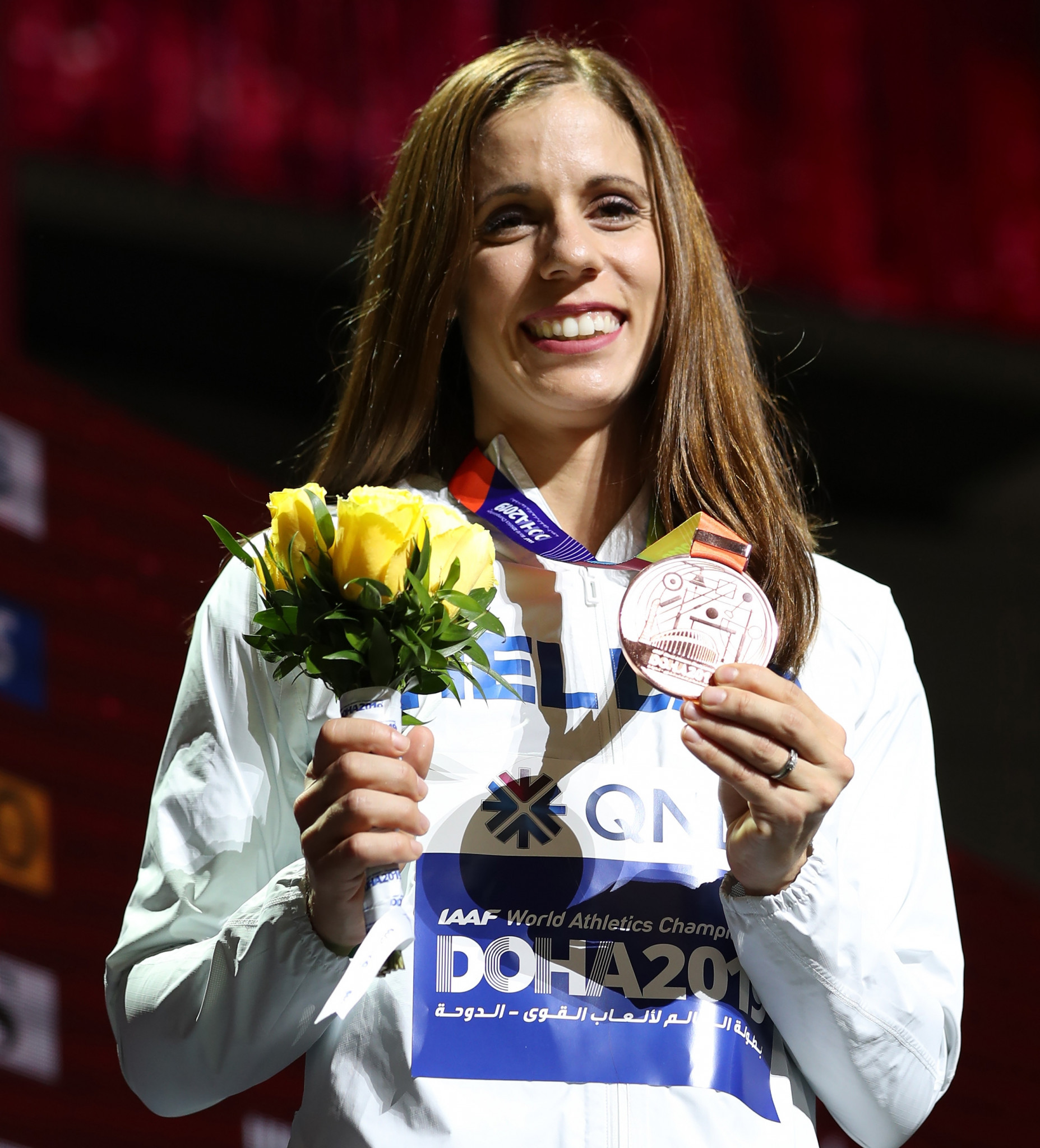 The 30-year-old United States-based athlete is concerned that the Greek Ministry of Sport is now excluding payment for indoor medals as a cost-saving measure and that this will severely impact the majority of the country’s track and field competitors.

Stefanidi and Papachristou - who won respective pole vault and triple jump bronze medals in Oregon - have gained a legal stay against the order to repay their awards, which they received in December 2018, "within five business days".

Meanwhile, Stefanidi told insidethegames, the Ministry of Sport is planning to drop any reward for indoor medals when it announces its bonuses for 2017, when she won the world outdoor and European indoor titles.

"My main concern is indeed that they are trying to find a way to no longer pay bonuses for indoor performances," Stefanidi said, adding that she was worried that a decision like this will have a major impact on the future of the sport in the country as well as on the willingness and ability of athletes to compete and earn medals in future indoor events.

"Since 2016 I am the only one that has medal in an outdoor World Championship while there are five other athletes that won medals at the European Indoor Championships in those years and deserve to receive what the law says they should receive for their success."

The Ministry of Sports has offered bonuses for more than 20 years for all medals, indoors or out, earned by Greek athletes, although the amounts have dipped recently.

In the wake of Greece’s recent economic struggles the law was amended so that athletes earning more than one major medal in a given year would only receive the full bonus for their "best" achievement according to the acknowledged pecking order of Olympic, world and European levels, with others receiving 20 per cent of the bonus amount.

"As I am not naive in the financial situation of the country this seems like a rational compromise," said Stefanidi, who is currently training at the SPIRE Institute and Academy in Ohio as she prepares to defend her title in Tokyo next summer.

"After all there are few athletes that win multiple medals each year."

But Stefanidi is now flagging up what she sees as a further reduction in the level of bonuses for track and field athletes.

"In contrast to other sports, in athletics they continue to exclude indoor medals from the bonuses," she continued.

"So neither Papachristou, nor Konstadinos Filippidis will receive any bonus for the triple jump bronze and pole vault silver medals they won at the 2017 European Indoor Championships.

"And if this continues it will affect even more athletes who earned medals at the 2019 European Indoor Championships.

"This is obviously affecting me some but not so much because I would get only 20 per cent of the bonuses for those medals because I have better outdoor medals.

"But almost every other Greek athlete with a medal is indoors [except for the 2018 European Athletics Championships].

"The craziest part is they are asking for money back for 2016 but no other year and this law went into effect in 1999.

"So we certainly feel like we are being targeted.

"They are trying to find ways to save money by hurting athletes and basically going against the law with ridiculous excuses.

"Currently the Ministry is supposedly trying to 'solve' this.

"But it's been several months now that this process has frozen and the Ministry is not even responding to emails sent and signed by every Greek indoor medallist since 2016.

“They have sent an email to our federation asking them if 'indoor and outdoor championships are of the same kind and comparable'.

"I am not lawyer but even I can tell there is not correct answer to this question.

"Everyone is starting to feel like they are trying to trap us with this question and no matter what we answer they will find an excuse."