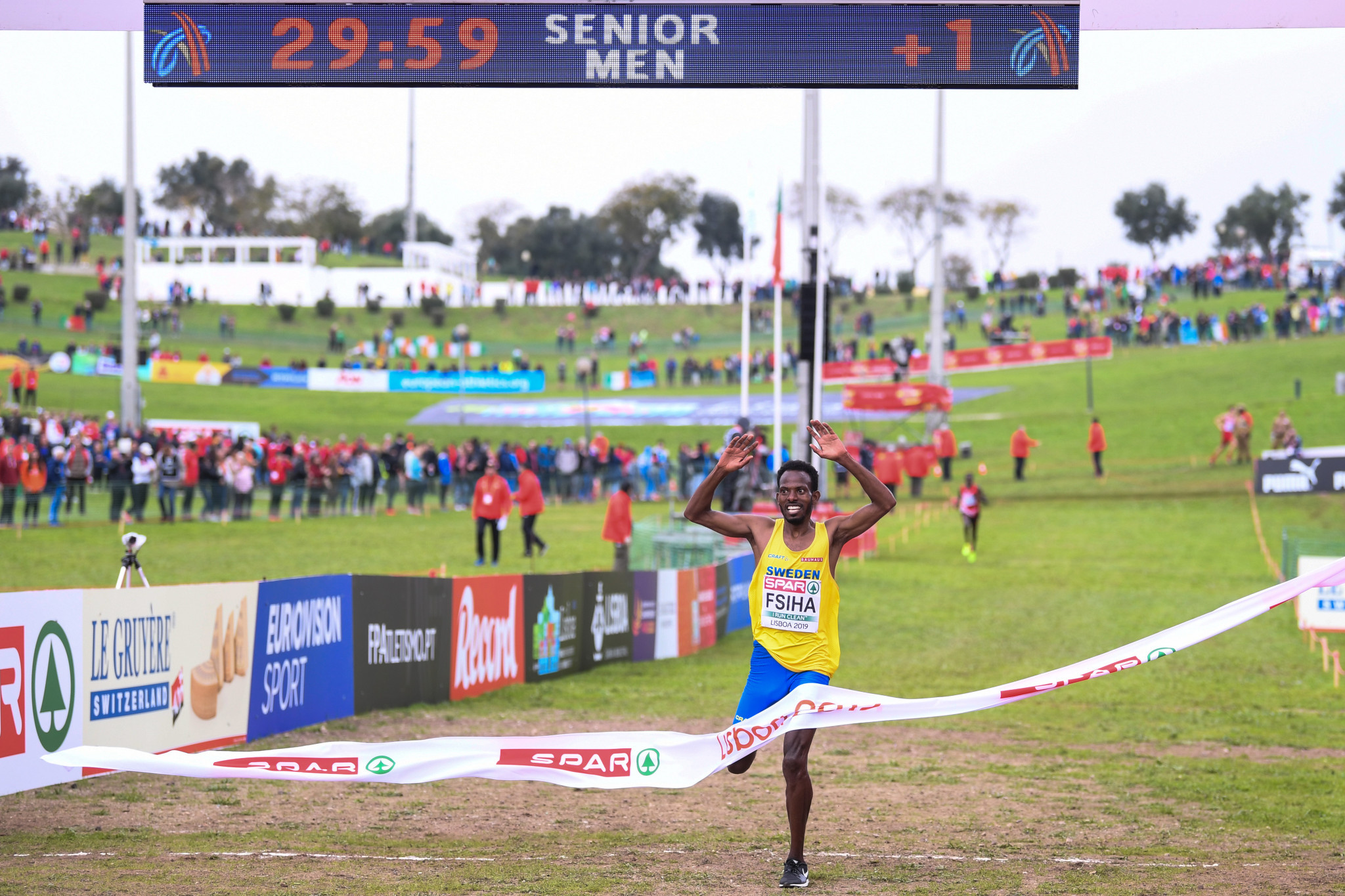 European cross country champion Robel Fsiha will be stripped of his title after the Athletics Integrity Unit (AIU) confirmed a four-year doping ban.

Fsiha, who started running for Sweden at the end of 2018 after arriving as a refugee in 2013 from Eritrea, tested positive for artificial testosterone at a training camp in Addis Ababa in Ethiopia on November 25 2019.

The positive test came less than two weeks before his triumph at the European Cross Country Championships in Portuguese capital Lisbon.

The 24-year-old was originally suspended on February 5 when his test result came back positive, before the Swedish Anti-Doping Board handed Fsiha a four-year ban in May.

Fsiha claimed he took medicine for a cold, but his suspension has now been confirmed by the AIU and will last until February 5 2024.

He is one of two Swedish athletes listed as disqualified on the AIU database.

Fsiha won the gold medal in Lisbon after pulling away from Aras Kaya of Turkey on the last lap, giving Sweden one of its two medals on the day, the other being a bronze in the senior women's race for Samrawit Mengsteab.

Switzerland's Julien Wanders will be promoted to the bronze-medal position behind new winner Kaya and Yemaneberhan Crippa of Italy.

A four-year suspension has also been confirmed by the AIU for French marathon runner Clémence Calvin and her husband and coach Samir Dahmani.

The 28-year-old Calvin won European marathon silver in 2018, also taking silver in the 10,000 metres at the 2014 European Athletics Championships in Zurich.

She allegedly obstructed a doping test in Morocco in March 2019, but had denied wrongdoing, claiming that when she had been stopped in Marrakech, the testers had pretended to be police officers and had been violent towards her.

Calvin and Dahmani are ineligible until December 17 2023.