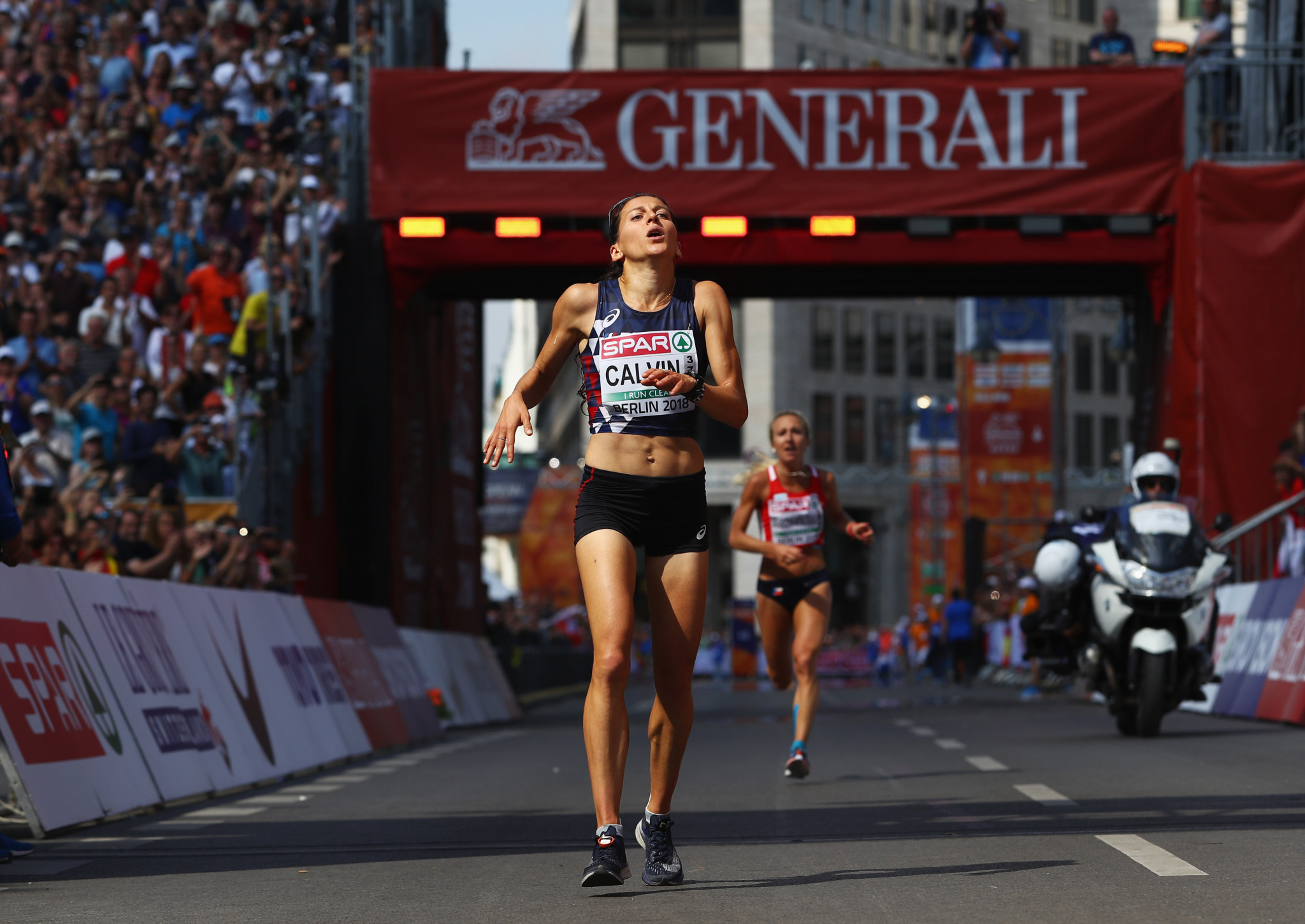 AFLD had suspended Calvin on Wednesday after she allegedly obstructed a doping test in Morocco last month.

The 28-year-old won European silver last year, also taking silver in the 10,000 metres at the 2014 European Athletics Championships in Zurich.

Calvin denied wrongdoing, however, and claimed that when she had been stopped in Marrakech, the testers had pretended to be police officers and had been violent towards her.

"It's been 12 years that I have been a top-level athlete," Calvin said in a press conference, as reported by the Daily Mail.

"I never had any problem with the AFLD.

"What I went through on March 27 was everything but a test.

"It was very violent."

Calvin had been in Morocco with her husband, athlete Samir Dahmani, and their two-year-old son.

"We had a walk in the neighborhood, my husband went to buy a cake for my son's birthday," Calvin continued.

"I was in the street, playing with kids.

"Some people arrived and took me by the arm, saying: 'French police, where is Dahmani?'

"My little one fell on the floor and started to cry.

"My husband started to argue with these people while I stepped back."

France's highest administrative court, the Council of State, has now issued an emergency ruling which lifts the suspension and allows Calvin to compete in tomorrow's Paris Marathon, as reported by Idaho Statesman.

Calvin has also filed a lawsuit in Morocco against the testers for violence and threats.