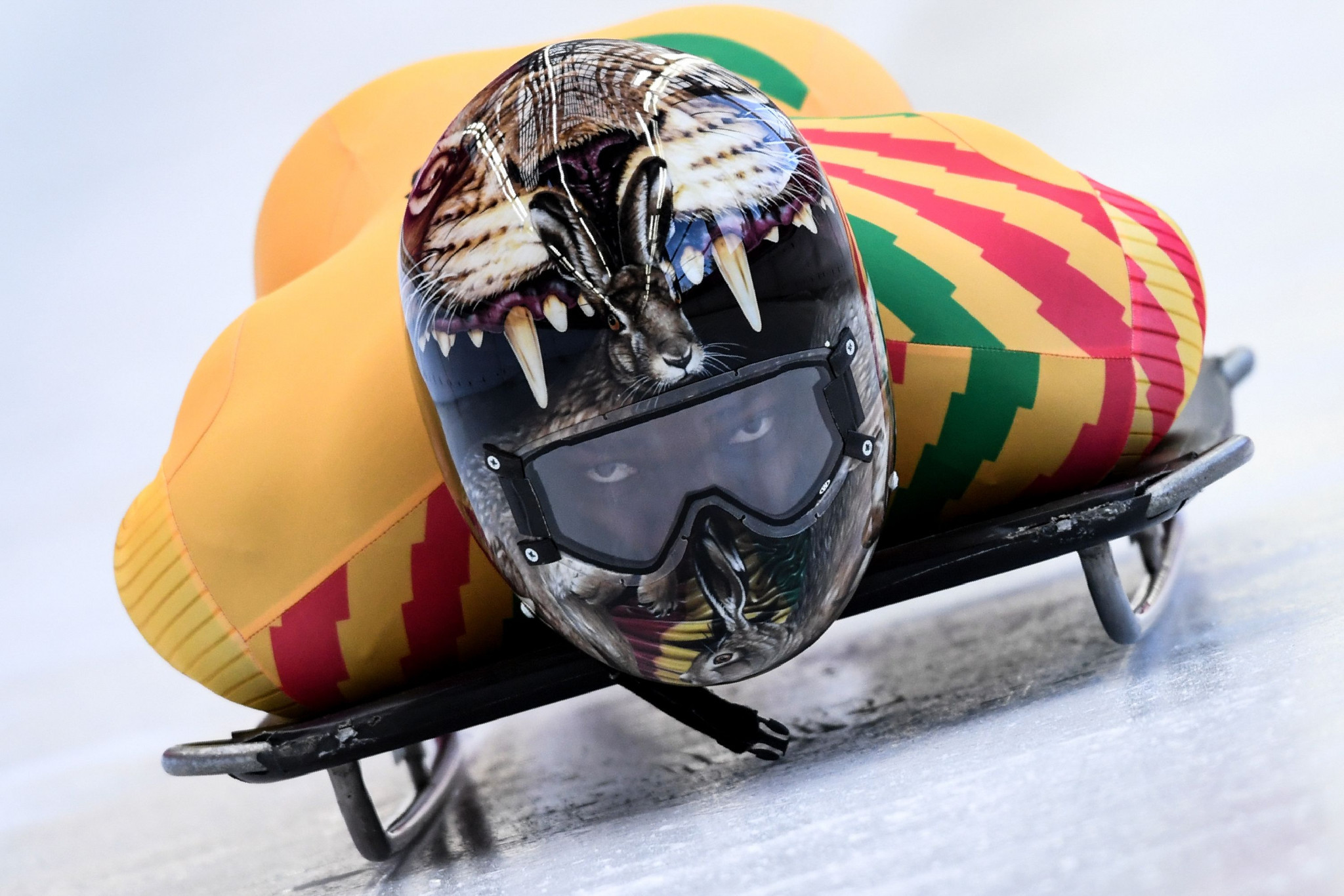 Ghana’s Akwasi Frimpong is hoping to give his chances of competing in his second Winter Olympic Games at Beijing 2022 a massive boost by joining Russia’s skeleton team at a training camp in Sochi.

The 34-year-old Frimpong, who finished 30th in the men's skeleton event at Pyeongchang 2018, had approached the Russians after competing on the track built for Sochi 2014 at the Intercontinental Cup last November.

"We met with Akwasi last year when he arrived at Sochi for the Intercontinental Cup," Elena Anikina, President of the Russian Bobsleigh Federation, said.

"He is open, positive guy, a true ascetic of the skeleton.

"He liked Sochi and Russia.

"This year, the Russian Bobsleigh Federation received a letter from Frimpong asking to help him to prepare and qualify for the 2022 Olympic Games in Beijing."

Frimpong received publicity around the world after qualifying for Pyeongchang 2018 and has since become a household name in Ghana.

He formed a national governing body in Ghana to compete at the Winter Olympics and has also helped athletes in other African nations, such as Nigeria and Togo.

Frimpong, whose family moved from Ghana to The Netherlands when he was eight, is a former sprinter, who ran 10.45sec for the 100 metres.

He turned to the bobsleigh after failing to qualify for the Dutch team at London 2012.

After briefly representing The Netherlands’ number two team as a brakeman he switched sports to the skeleton and decided to represent Ghana in the hope of qualifying for Pyeongchang 2018, which he did.

Frimpong was only the second Ghanaian athlete to participate at the Winter Olympics, following Alpine skier Kwame Nkrumah-Acheampong, who had competed at Vancouver 2010.

Frimpong finished last at Pyeonchang 2018 but is hopeful that a period of training with the Russian team will help him improve at Beijing 2022.

He has relocated to Russia from the United States.

"He trains in Salt Lake City at the local Olympic bobsleigh track, where the 2002 Games were held, and he knows that track very well," said Anikina.

"But athletes need to race on different tracks to improve their skills, qualify for international competitions, and to have chance to qualify for the Olympic Games.

"I decided to support Akwasi and provide the maximum possible assistance."

Frimpong was supposed to arrive in Russia earlier in the year but the COVID-19 pandemic halted his plans.

"Initially, he was supposed to join the team in the spring, go through all the pre-season training, but the coronavirus pandemic changed the plans, and he arrived only now - six months later.

"We will provide him with a variety of support - visa, organisational and technical.

"I really hope that we will help him to reach his dream of competing at the Olympic Games.

"This is important not only for Akwasi itself, but also for the progress of skeleton in the world.

"Akwasi will start training on the Sochi track in a few days.

"Then he will compete at the Russian Cup, which will be held on October 25-30.

"He will be preparing with our national team in Russia and in Europe till the end of this season."