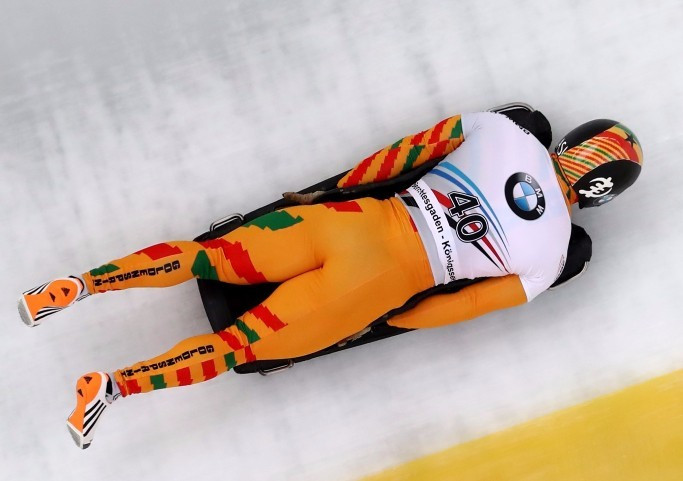 The Ghana Olympic Committee (GOC) has endorsed skeleton slider Akwasi Frimpong as he bids to represent the African country at the Pyeongchang 2018 Winter Olympics in February.

Frimpong set up a national governing body for bobsleigh and skeleton in the country last year and wants to become only the second athlete from the nation to grace the Winter Olympic stage.

He will still need to qualify by ranking in the top 60 of the International Bobsleigh and Skeleton Federation standings by January 14.

But the GOC have given him his backing and said they would select him.

"GOC is very proud of Akwasi and his efforts to not only become an Olympian, but in the meanwhile promoting winter sport," said GOC President Ben Nunoo Mensah to the Ghana News Agency.

Frimpong is currently based in Utah in the United States as he seeks Olympic qualification but he has toured Ghana to try and promote winter sport in the country.

He has faced several challenges in his pursuit of sporting success, including being an illegal immigrant in The Netherlands - where he holds dual citizenship - and recovering from injury.

Previously, he represented the Dutch at bobsleigh before deciding to switch to skeleton.

Ghana's only Winter Olympian to date appeared at Vancouver 2010.

Frimpong will be hoping to follow in the footsteps of other athletes from tropical nations who have made an unlikely mark at Winter Games.

The Jamaican bobsleigh team at the Calgary 1988 Olympics, later immortalised in the film Cool Runnings, are the most famous example while others include US Virgin Islands luger Anne Abernathy and Kenyan cross-country skier Philip Boit.