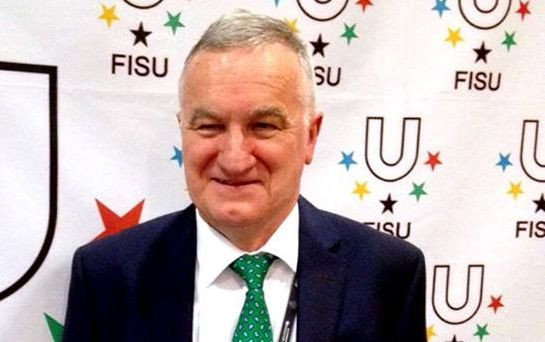 According to the PKOI, FISU President Oleg Matytsin suggested Dymalski's candidacy for IOC membership, feeling it was important for FISU to have a representative in the IOC.

After voting in a secret ballot, the PKOI announced it would support Dymalski's candidature.

"The Polish Olympic Committee always supports and will support Poles for important positions in international sport and the Olympic Movement.

"We want our compatriots to be active in European and global sports organisations."

FISU has also confirmed it supports the candidature of Dymalski.

The 66-year-old Dymalski, who has been a FISU vice-president since 2015, is also Polish University Sport Federation vice-president and a member of the PKOI Presidium.

Nominations go forward to the IOC Members Election Commission, which examines each candidature file and forwards them in a report to the IOC Executive Board.

Members are then elected by secret ballot at IOC Sessions.

The next IOC Session has been scheduled for March 10 to 12 in Athens.

The PKOI is also supporting mountain biker Maja Włoszczowska in her bid to join the IOC Athletes' Commission.

Elections for the IOC Athletes' Commission have been delayed until 2021 due to the postponement of Tokyo 2020.