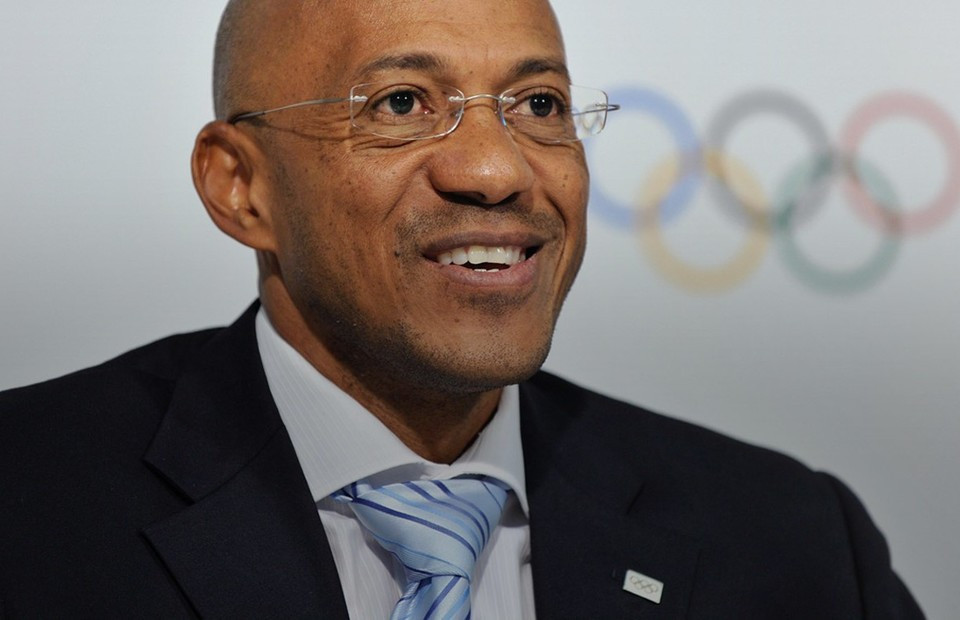 A claim by Frankie Fredericks that International Olympic Committee (IOC) President Thomas Bach tried to hamper an investigation into corruption by telling him not to travel to France has been dismissed by the organisation.

Namibia’s four-time Olympic 100 and 200 metres silver medallist alleged in a statement obtained by German newspaper Süddeutsche Zeitung - and confirmed by Fredericks - that the IOC told him he avoid visiting France after he was linked with alleged bribery in March 2017.

Fredericks was accused of accepting a bribe of $299,300 (£230,000/€253,000) in 2009 from Papa Massata Diack, the son of former International Association of Athletics Federation (IAAF) President Lamine Diack, when Rio de Janeiro won the vote to host the 2016 Olympics and Paralympic Games.

Fredericks has alleged that when details of the payment first emerged publicly Bach and IOC director general Christophe De Kepper called him to tell him that Pâquerette Girard-Zappelli would contact him.

Fredericks later called Girard-Zappelli, the IOC's chief ethics and compliance officer, on March 4 after she had sent him a text and, he claims, she told him, "I should be careful not to travel to France".

Fredericks has alleged that Girard-Zappelli made it clear she was delivering the warning on behalf of Bach.

"She [Girard Zappelli] then told me that the President called her to inform her that I am planning to fly to Europe and I should be careful not to go to France," Fredericks wrote in a report.

Fredericks was planning to travel from Windhoek to Berlin at the time on a business trip.

As a result of the allegations, Fredericks self-suspended himself as an IOC member.

He was also forced to step down as chair of the IOC’s Evaluation Commission which was studying bids for the 2024 Olympic and Paralympic Games, a contest between Paris and Los Angeles.

The IOC have claimed that it was in this function that Fredericks was told not to travel to France.

"There was no order from the IOC President, but [Girard Zappelli] advised Mr. Fredericks…not to continue in his preparations for the IOC Evaluation Commission’s visit to Paris, whilst these allegations were pending," the IOC said in a statement.

Fredericks, 53, was charged by the French authorities in November 2017 for allegedly receiving the bribe from Papa Massata Diack.

Fredericks has denied that the money was a reward for voting for Rio de Janeiro to host the Olympic Games.

He has claimed it was payment for several projects that the IAAF had agreed to help fund a few years previously.

Fredericks, at the time a member of the IOC Athletes' Commission, had been one of the scrutineers at the vote.

He later told French prosecutors when he travelled to Paris to meet them that he thought the timing of the payment was a coincidence and that the overpayment was a “gift” as October 2 was his birthday.

Lamine and Papa Massata Diack were found guilty last month of corruption by the Paris Criminal Court following an investigation into cover-ups of Russian doping cases for cash.

Lamine Diack, who is 87, was sentenced to two-years in prison.

Papa Massata Diack, who refused to travel to France for the trial, was sentenced to five years in absentia.

Another trial linked to vote-buying for the 2020 Olympic Games awarded to Tokyo is expected to take place in Paris next spring.

Fredericks has also been provisionally suspended from the IAAF - now called World Athletics - after the organisation’s Athletic Integrity Unit opened an investigation into the matter.

He had been a member of its ruling Council and served on a Taskforce to investigate allegations of state-sponsored doping in Russia.

A decision is not expected to be announced until criminal proceedings have been completed in France.

"All I want is for my name to be cleared," Fredericks told The Namibian.

"I don't know why the IAAF (sic) and the IOC are quiet or hiding behind the investigation that is currently being conducted by the French, where I appeared before the judge to state my story when these reports came out.

"When I stood before the judge with my legal team in France I provided them with all the information they needed and I believe they are now busy investigating, but these investigations have been going on for over two years now.

"I was just caught in the middle of the Diack investigation and when I stood before the judge I provided them with all they wanted and I know they are talking to everyone I know as well as going through all my accounts as it's part of their investigations, even though I have never breached any law, regulation or rule of ethics in respect of the IOC or IAAF."

The IOC denied to Süddeutsche Zeitung that they had tried to block any attempts by the French authorities to speak to Fredericks.

"Contrary to your insinuation, the IOC has closely cooperated with the French judicial authorities,” they said in a statement to the newspaper.