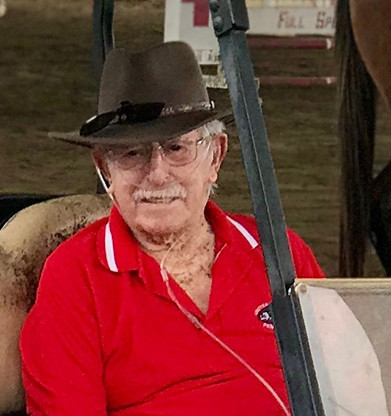 The world’s oldest living Olympic medallist, John Russell, has died, it has been announced.

The American, a bronze medallist in the team show jumping event at Helsinki 1952, passed away peacefully in San Antonio in Texas on September 30.

Russell had inherited the title of being the world’s oldest Olympian at the end of August when Swedish runner Folke Alnevik, who was also 100, had died.

Alnevik was part of the 4x400 metres relay team that took bronze for Sweden at the 1948 Olympic in London.

Russell had also competed at those Games in the British capital as a member of the last American Olympic equestrian delegation to be chosen from the United States Army, finishing 21st in the individual show jumping competition.

He returned at Helsinki 1952 as part of the first US Olympic equestrian delegation to accept civilians and on his horse, Democrat, helped them finish third.

Russell’s military career had begun when he joined the 104th Cavalry, a mounted National Guard unit with several hundred horses.

In 1943 he was commissioned as a second lieutenant in the Cavalry and fought in World War Two in Africa, Italy, and Germany.

Russell was wounded at Casino for which he was awarded a Purple Heart.

After the War, he served with the 18th “Blue Devil” Division in northern Italy where he helped liberate several horses, some of which helped to form the US Olympic team at London 1948.

In 1956, Russell retired from competitive equestrian and became coach of the US modern pentathlon when it was in San Antonio.

He also served as the chief executive of USA Pentathlon.

As a soldier Russell had served as an aide to the legendary General George Patton - an Olympic pentathlete who competed for the US at Stockholm 1912.

He is survived by his wife, Shane, his oldest son, John W. Russell, Jr. grandsons, William and McLean Russell, and his youngest son, Douglas E. Russell.

The oldest living Olympic medallist is now believed to be Hungary's Ágnes Keleti, a gymnast who won a gold medal at Helsinki 1952 and four at Melbourne 1956.

Keleti, who turned 99 in January, also won a silver and two bronze medals at Helsinki 1952 and two silver at Melbourne 1956.

She is slightly older than Germany’s Wilhelm Büsing, another equestrian competitor from Helsinki 1952.

Büsing, who was 99 in March, won a silver medal in the team eventing event and bronze in the individual competition.