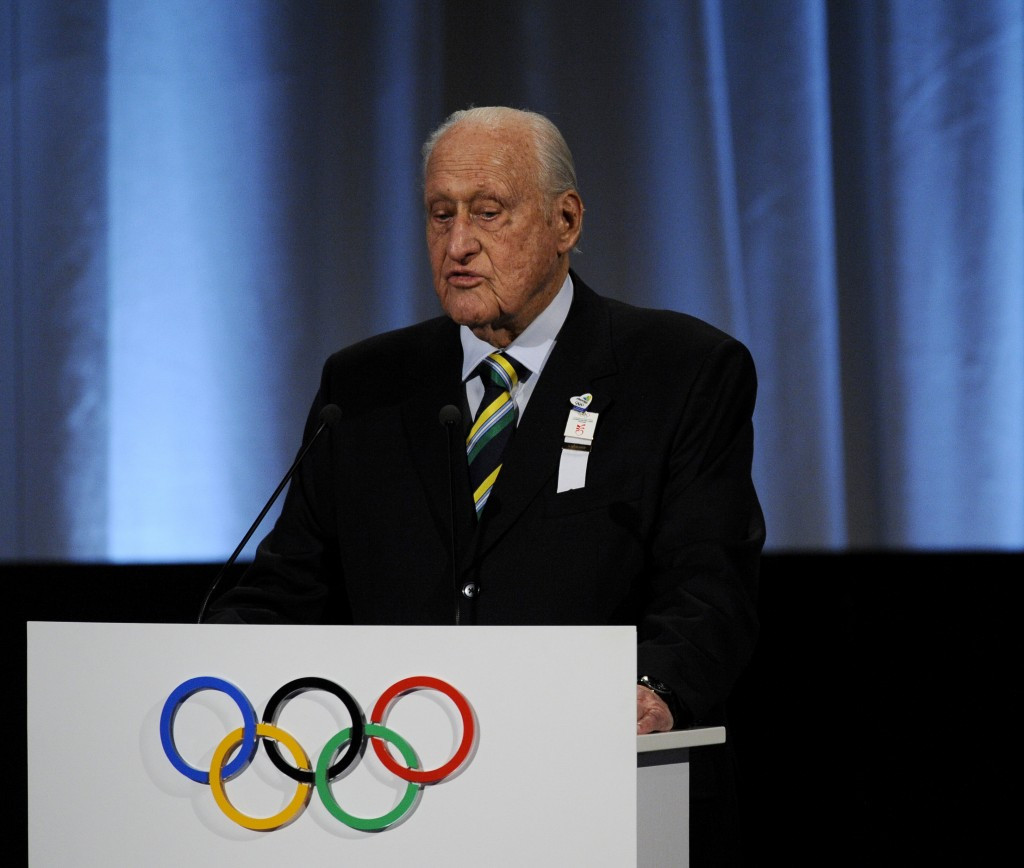 Former FIFA President João Havelange has died at the age of 100 in Rio, having been hospitalised since July with pneumonia.

Havelange became FIFA President in 1974, replacing England’s Sir Stanley Rous, and remained in charge of the organisation until 1998.

The Brazilian was replaced by his general secretary Sepp Blatter as President, with his 24-years in office the second longest spell in charge of the organisation, behind Jules Rimet.

Under Havelange's leadership, the FIFA World Cup was gradually expanded from a 16 to 32 team tournament.

He was credited with boosting the opportunities for nations from Asia, Africa, Central America and Oceania during his tenture, with their number of qualifying places having risen during his spell in office.

FIFA’s commercial interests were also boosted under Havelange, while the Women's World Cup and Confederations Cup were introduced during the latter stages of his Presidency, debuting in 1991 and 1992 respectively.

The first futsal, men’s Under-20 and Under-17 World Cups also debuted during his Presidency.

He resigned as Honorary President of FIFA in 2013, after being officially found guilty of taking bribes.

It described the behaviour of Havelange as "morally and ethically reproachable" in his dealings with ISL, FIFA's former marketing partner which went bankrupt in 2001.

"During his 24 years as FIFA President football became truly global, reaching new territories and bringing the game to all corners of the world," said FIFA President Gianni Infantino in a statement.

"Something the whole football community should be grateful for.

"I extend my condolences to his family."

Havelange served as a member of the International Olympic Committee (IOC) from 1963 to 2011, but left the organisation due to health reasons.

He was being investigated by the IOC Ethics Commission at the time he left the IOC.

The Brazilian competed for his nation at the Berlin 1936 Olympic Games in swimming, as well as playing water polo for the nation at Helsinki 1952.

The Rio 2016 Olympic stadium, where athletics and football matches are being played at the Games, was named after Havelange.

He was part of the successful bid team for the Games and gave a speech at IOC Session in Copenhagen in 2009.

In the speech he invited everyone to come to Rio to help celebrate his 100th birthday.

The IOC have confirmed that the IOC flag will be lowered marking Havelange's death, with Rio 2016 also requesting that the Brazilian flag is also lowered.

"A 100-year-old man has died today and I think it would be highly inappropriate to discuss that kind of thing today," IOC spokesman Mark Adams told a press conference, when asked whether this is the time for the world to take note of the Havelange corruption scandal.

"We'll maybe come back to that at the end of the Olympic Games."

“They are not ignoring history and past events, but Havelange is an important figure in Brazilian sport so they want to pay respects today," Rio 2016 spokesman Mario Andrada also told insidethegames.