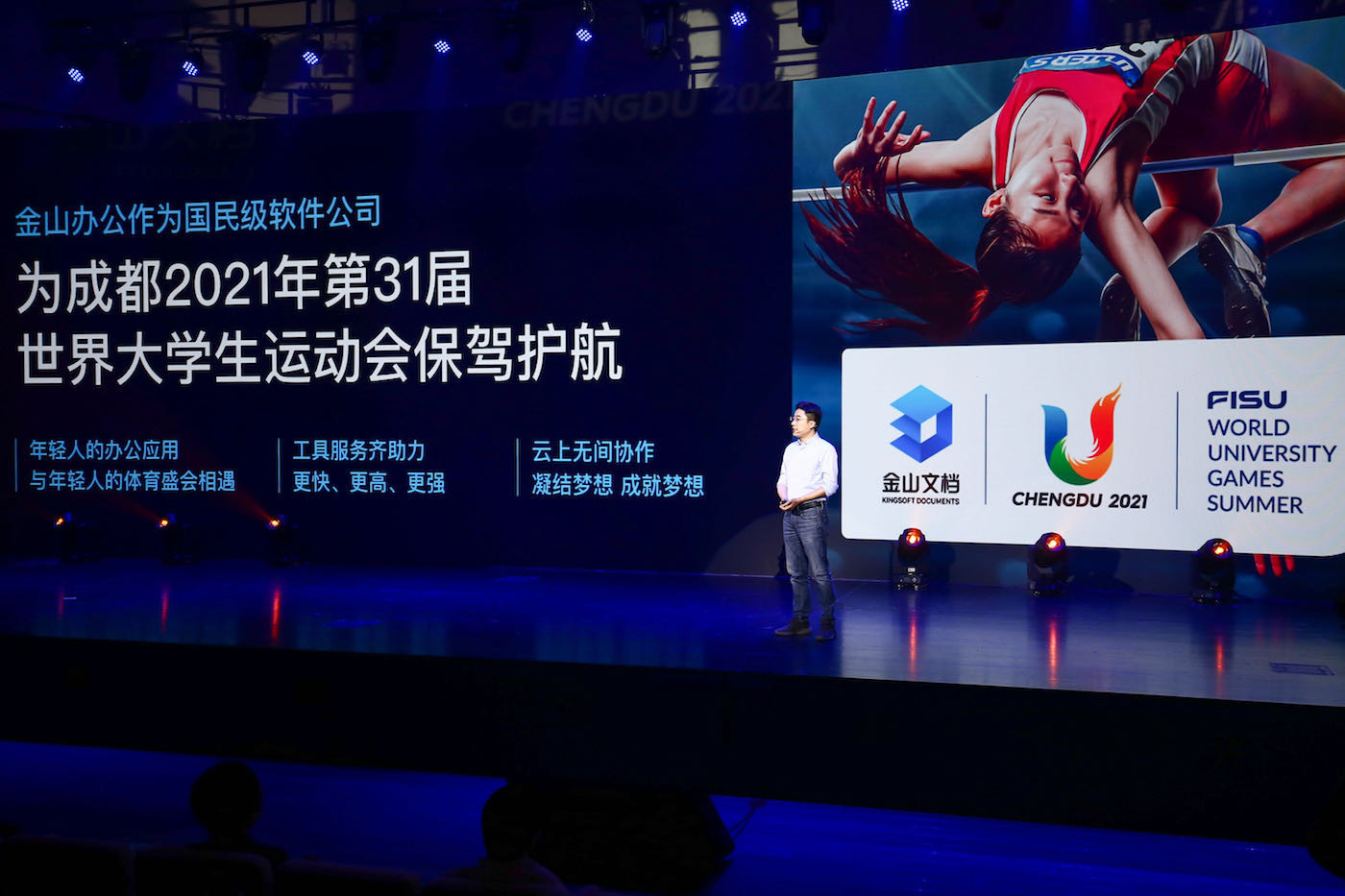 Kingsoft has become the exclusive supporter of office software for the 2021 Summer World University Games in Chengdu after signing an agreement with the Organising Committee.

The Beijing-based company, which develops office software for the likes of Microsoft Windows, has penned a deal with the Chengdu 2021 Executive Committee.

Organisers have also revealed they received more than 1,500 creative proposals for the Opening and Closing Ceremonies of next year's Games.

A total of 1,597 proposals were sent to Chengdu 2021, with submissions coming from people between the ages of five and 79.

The International University Sports Federation (FISU) said the majority were from university students and professional agencies.

Chen Weiya and Jia Ding, the general director of the Opening and Closing Ceremonies, respectively, have been evaluating the proposals since June and are narrowing it down to a shortlist of around 200.

The best 20 entries will receive an "Outstanding Award" as well as round-trip tickets to visit Chengdu, a five-day stay and admission to the Opening Ceremony of the FISU World University Games.

More than 10,000 athletes are expected to compete at Chengdu 2021 across 18 sport disciplines, including rowing, shooting and wushu.

The event has changed dates twice, with competition now scheduled for August 18 to 29 in 2021.