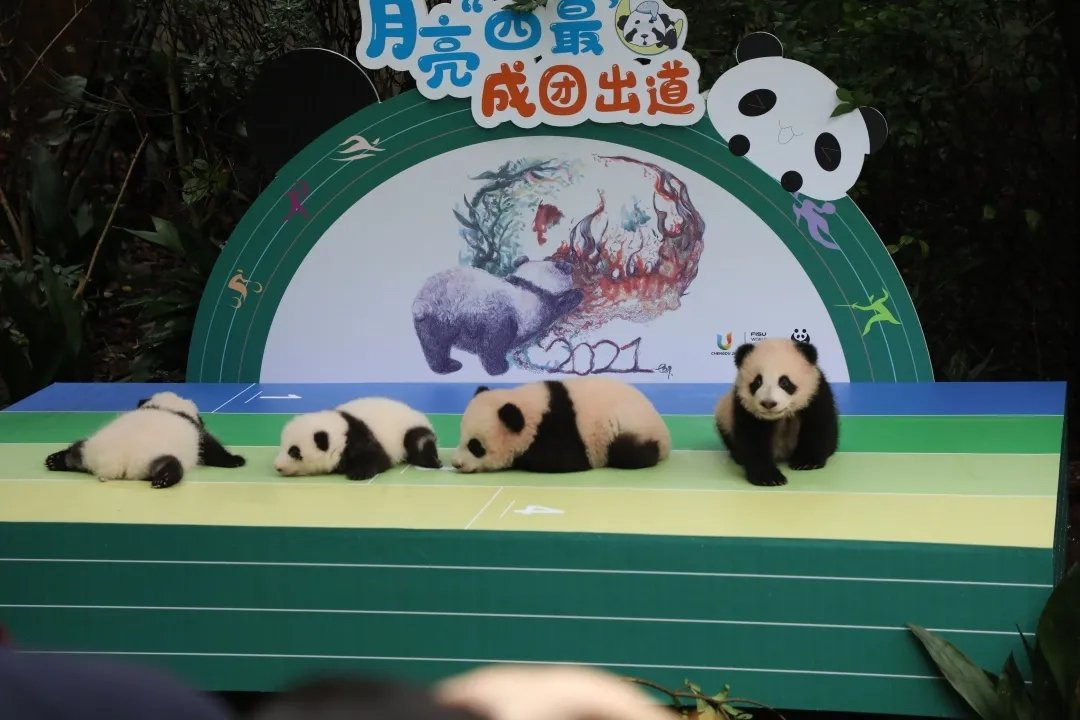 Chengdu 2021 officials have participated in the unveiling of seven panda cubs from the breeding centre in Sichuan Province.

Chengdu 2021 Executive Committee members and the Chengdu Research Base of Giant Panda Breeding revealed the pandas at the unveiling event.

The theme of the unveiling was sport, according to the China Global Television Network.

The pandas were placed on a table which featured a painted athletics track design.

Chengdu 2021 and the breeding centre have enjoyed close links prior to next year’s World University Games in the Chinese city.

A panda called Rongbao was chosen as the official mascot for the Games last year, due to the local panda breeding centre.

Everyone is so excited and a bit nervous. Look, there is one can't help herself and just excited to fall from the stage... #Chengdu2021 #panda pic.twitter.com/4KWAgHTyPh

A competition was launched earlier this year called "Choosing a Real Rongbao", which invited people to select which panda most resembled the cartoon mascot.

Organisers claim the real mascot will serve as a unique symbol of the Games.

It is the third time that China will host the Summer World University Games after Beijing in 2001 and Shenzhen in 2011.