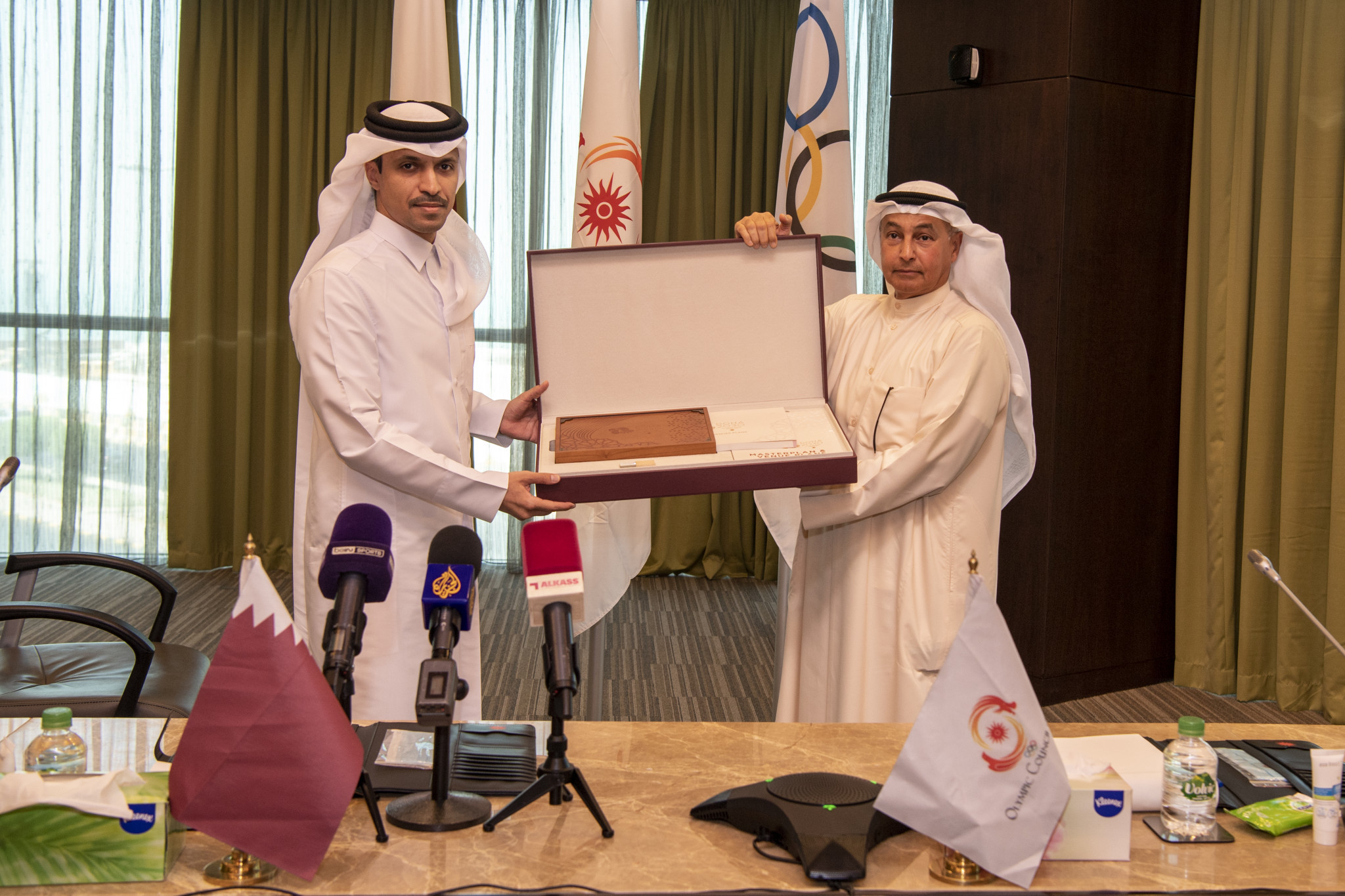 Qatar has described the bidding race for the 2030 Asian Games as a "national priority" after Doha's candidature file was officially submitted.

The Qatari capital is locked in a two-horse race with Riyadh in Saudi Arabia for the right to host the flagship Olympic Council of Asia (OCA) event in a decade's time.

It is an intriguing contest as the Middle Eastern nations, which share a border, are locked in a diplomatic crisis.

Riyadh, the Saudi capital, is due to confirm the submission of its candidacy tomorrow, with the OCA giving both bidders until today to hand over their files.

"Doha 2030 is a national priority for Qatar and has the full support of His Highness the Emir and the State of Qatar," a Qatar Olympic Committee (QOC) statement said today.

"The Bid Committee has drawn from Doha's extensive sports events hosting experience and leveraged its wealth of existing state-of-the-art venues and infrastructure to develop its world-leading plan.

"With all permanent sports venues in place or already planned, Doha 2030 is able to focus on delivering a Games that brings benefits to all of Asia before and after 2030."

HE Sheikh Joaan Bin Hamad Al-Thani, the President of both the QOC and Doha 2030, added: "We are honoured to submit our candidature file to the OCA and present how Doha is ready to serve the OCA and Asia through the delivery of a world-class, sustainable Games.

"But we also feel strongly that the Asian Games is about more than elite sport.

"We are committed to ensuring that Doha 2030 is a gateway to a brighter future for Asia.

"We want to deliver a Games that supports development throughout the continent before and after it is hosted.

"At the heart of our bid is the belief that now more than ever, sport can play an important role in inspiring hope, connecting nations and celebrating our peaceful diversity."

Doha 2030 has promised a "compact, sustainable Games", with "athlete experience placed at its very core".

"With all our sports venues and infrastructure already planned or in place, Doha 2030 represents certainty at a time of great uncertainty for Asia and the world," said QOC secretary general HE Jassim Rashid Al-Buenain.

"We believe that now is a time when low-risk, responsible and sustainable solutions are what is needed."

Last month, Doha 2030 launched their logo and the slogan "Your Gateway".

Both Qatar and Saudi Arabia have included sport in their blueprints for the future with both countries increasingly bidding for events.

They have each faced international criticism, however, for alleged human rights abuses.

Amnesty International has called for the OCA to ensure both bids are assessed to identify potential risks.

Doha hosted the Asian Games in 2006 and Qatar has set its sights on the Summer Olympics, possibly even as early as 2032.

The country will host the 2022 FIFA World Cup, while Saudi Arabia has never staged the Asian Games before.

The two rivals are also among the nations bidding for the Asian Football Confederation's 2027 Asian Cup.

Saudi Arabia led a blockade of Qatar in 2017, after accusing Doha of supporting terrorism.

The country was joined by others including the United Arab Emirates, Bahrain and Egypt in severing diplomatic relations.