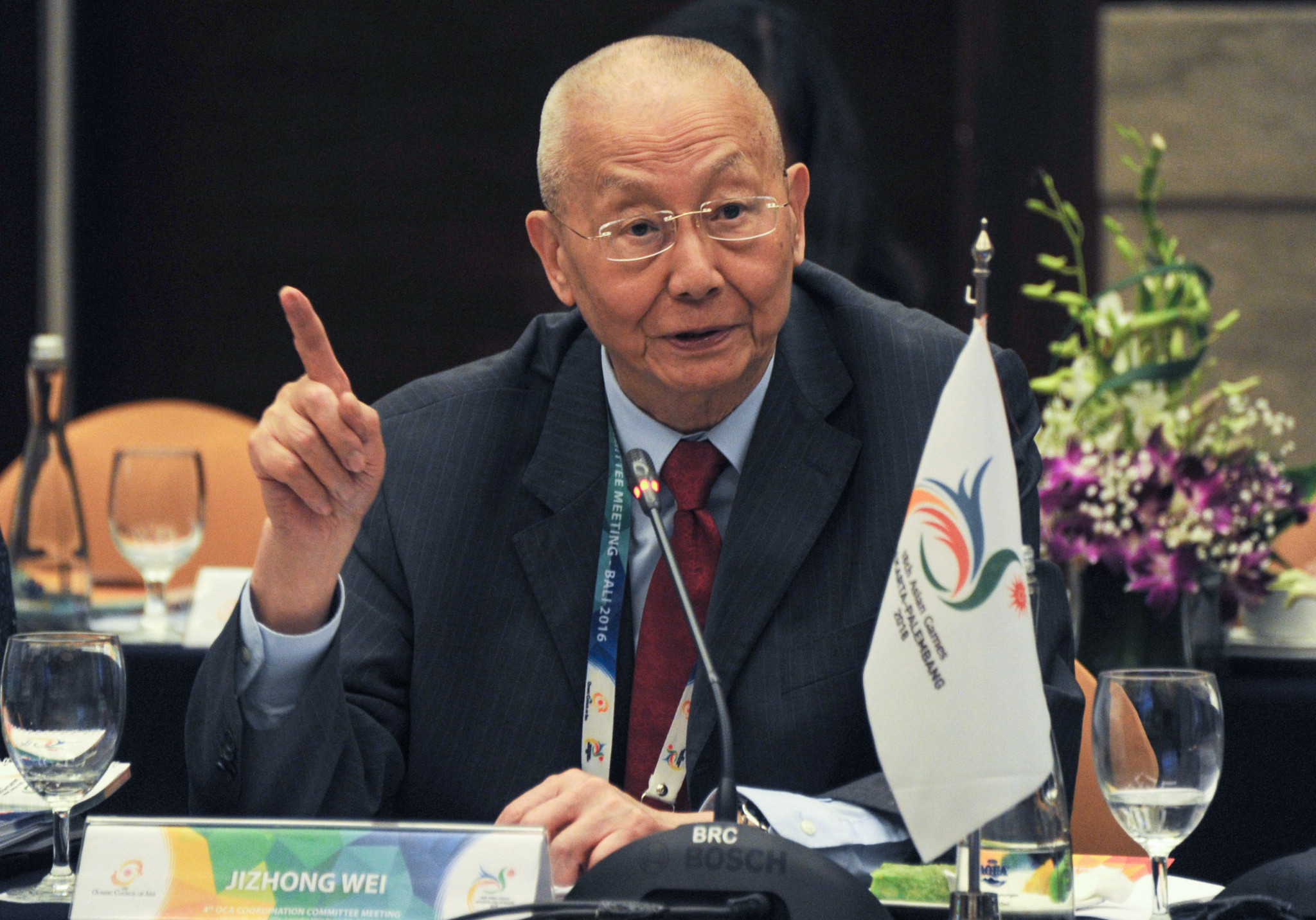 China's Wei Jizhong will chair the Olympic Council of Asia's (OCA) Evaluation Committee for the 2030 Asian Games bid race – which is a straight fight between fierce rivals Qatar and Saudi Arabia.

The 84-year-old official will lead a ten-strong group which has been announced by OCA President Sheikh Ahmad Al-Fahad Al-Sabah.

Wei is an honorary life vice-president of the OCA, as well as a member of its Executive Board and the chairman of the Ethics Commission.

He is a former President of the International Volleyball Federation, having led the governing body between 2008 and 2012, while he was also previously a vice-president of the Chinese Olympic Committee.

Other confirmed members of the Evaluation Committee include Husain Al Musallam, the director general of the OCA.

The Committee will be completed by two representatives from the OCA headquarters in Kuwait.

"I am extremely satisfied with the composition of the OCA Evaluation Committee for this very important task," said Sheikh Ahmad.

"We have many sports leaders throughout Asia with a lot of experience from the Asian Games and Olympic Games and I am sure the members of this OCA Evaluation Committee will cover every aspect of planning, preparation, management and operations of the Asian Games.

"The Asian Games has grown into the biggest multi-sport event in the world and we are proud of this success."

Qatar has proposed to host the 2030 Games in Doha while Saudi Arabia has also chosen its capital, Riyadh.

The OCA has asked both countries to submit their bid files by October 4, with a decision due in November.

It is an intriguing contest as the oil-rich Middle Eastern nations, which share a border, are locked in a diplomatic crisis.

Saudi Arabia led a blockade of Qatar in 2017, with the country accusing Doha of supporting terrorism.

The country was joined by others including the United Arab Emirates, Bahrain and Egypt in severing diplomatic relations with Qatar.

Doha hosted the Asian Games in 2006 and Qatar has set its sights on the Summer Olympics, possibly even as early as 2032.

The country will also host the 2022 FIFA World Cup.

Saudi Arabia has never staged the Asian Games but is now a regular contender for major events as sport is a key part of the long-term blueprint for the country.

Amnesty International has called for the OCA to ensure both bids are assessed to identify potential risks.

The rivals are also among the nations bidding for the Asian Football Confederation's 2027 Asian Cup.

At the most recent Asian Games, in Jakarta and Palembang in Indonesia in 2018, 11,300 athletes from 45 National Olympic Committees took part in 465 events and 40 sports.

Hangzhou in China will host the 2022 Games while the 2026 edition is scheduled for Aichi-Nagoya in Japan.