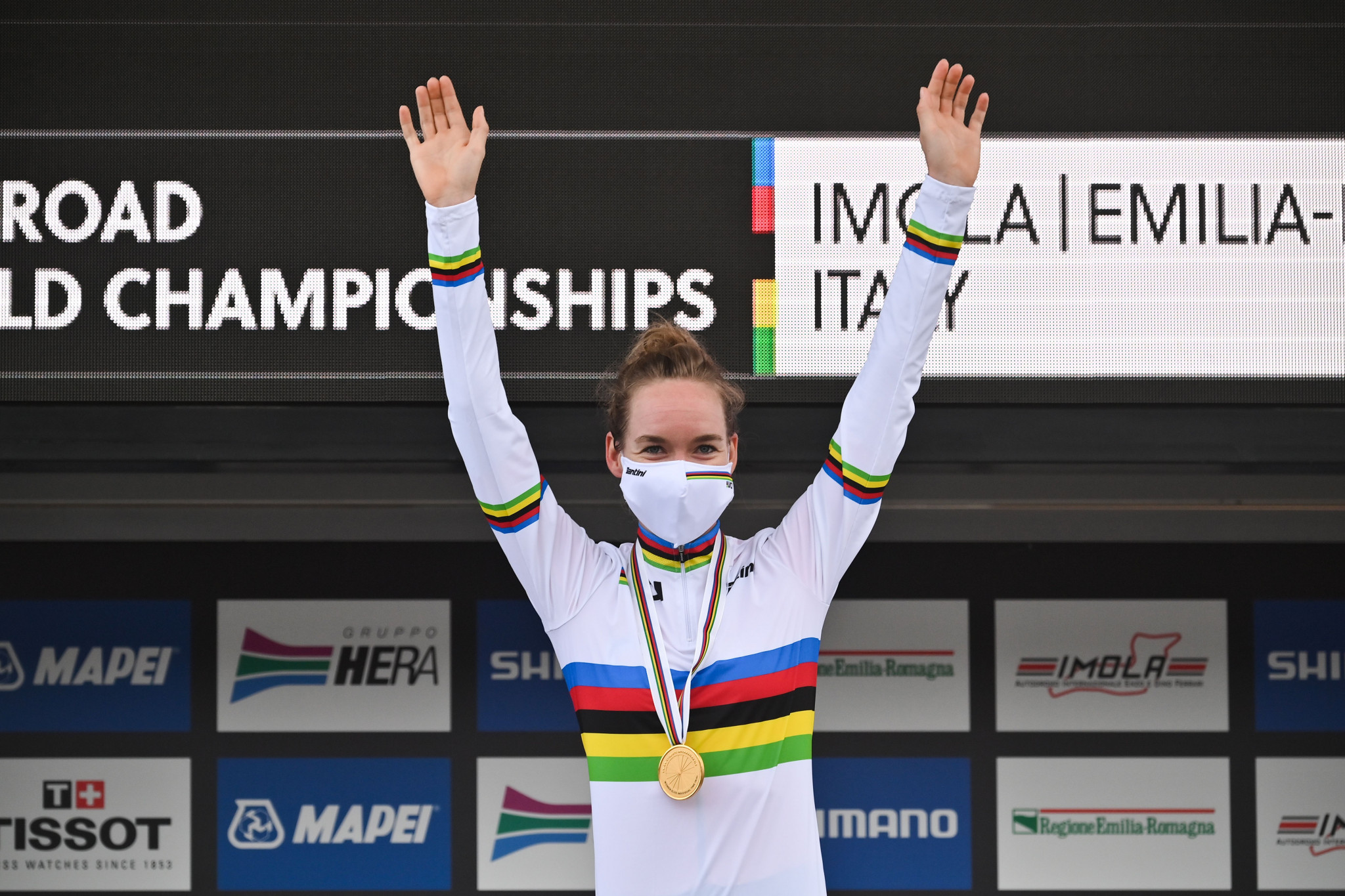 The Dutch rider had a day to remember last Saturday (September 26) when she backed up her time trial success by winning the road race at the International Cycling Union (UCI) Road World Championships in Italy.

But van der Breggen is refusing to rest on her laurels as she aims to secure a historic sixth successive victory at the Ardennes classic in Wallonia, Belgium.

The 30-year-old has won the one-day event on the past five occasions, equalling Marianne Vos’ record but she will now have the chance to surpass her Dutch compatriot’s haul.

"Flèche Wallonne is a race I like to race and it’s on the schedule so I already knew I was going to ride this race," said van der Breggen in a report by VeloNews.

"I think also if you are on a team, it’s difficult to change those plans at the last moment.

"For me, it’s not only for myself but for my team. Of course, it’s always nice to start as the world champion."

The event was scheduled to take place on April 22 only to be postponed due to the COVID-19 pandemic.

Vos will hope to end van der Breggen’s run of wins in Wallonia as she also eyes a sixth crown to add to her illustrious career.

Britain’s Elizabeth Deignan will look to consolidate her place at the top of the UCI women’s WorldTour rankings as she leads van der Breggen.

Alejandro Gonzalez, sport director of Mitchelton-Scott, believes the course will provide opportunities for riders to "break away" before the final climb.

"They changed the circuit a little bit," Gonzalez told VeloNews.

"The run-in to the finish on the final lap is a bit different and not as hard as usual so that may open up the race for riders to be more aggressive and try to break away before the final climb.

"Usually in Flèche it always comes down to the final climb, but we will see this year."

A new winner will be crowned in the men’s race with Julian Alaphilippe of France opting not to go for a third successive title.

Five-time winner Alejandro Valverde of Spain and Belgian Philippe Gilbert, who was crowned champion in 2011, have also decided against competing in Belgium.

But five of the top 10 riders at the Tour de France are set to line up including champion Tadej Pogačar of Slovenia.

Britain’s Dan Martin, who has finished runner-up twice at La Flèche Wallonne, will also be among the contenders.