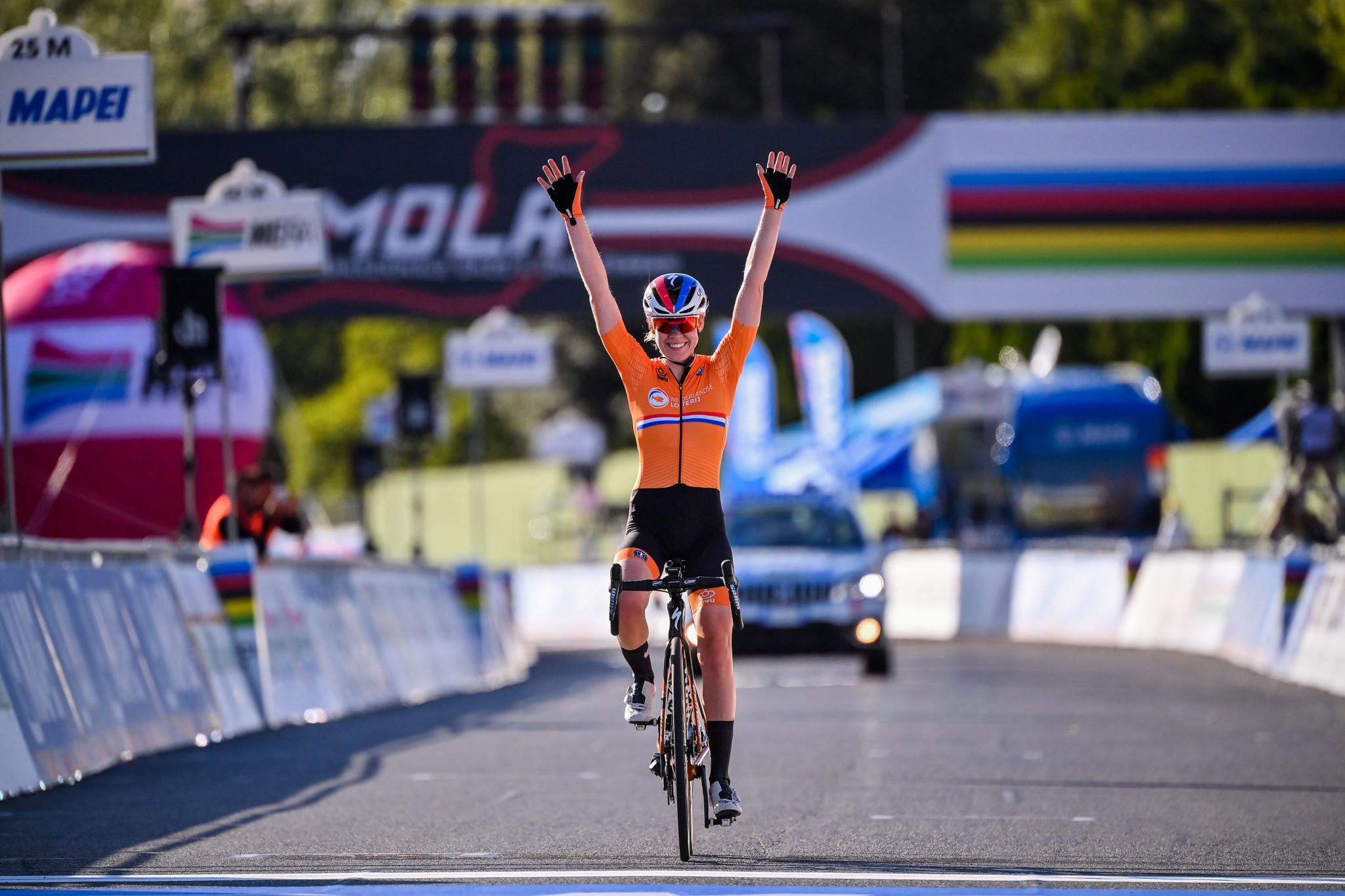 The Dutch star had earned the time trial gold on Thursday (September 24) after defending champion Chloé Dygert crashed out.

Van der Breggen was considered among the favourites to secure victory in the 143-kilometre road race, which saw riders complete five laps of a 28.8km loop featuring two climbs.

The leading group established a lead of more than two minutes, before the peloton increased the pace in response as the race entered its final two laps.

The gap rapidly reduced and the breakaway effort came to an end on next climb, with Marianne Vos and Annemiek van Vleuten upping the tempo.

Their compatriot Van der Breggen, the 2018 world champion, launched an attack as the race hit 42km to go.

She matched the achievement of France’s Jeannie Longo, who won both the time trial and road race titles at Duitama in Colombia in 1995.

"It was a really hard race, we were fighting from the beginning.

"The climbs were really tough.

"We made the race hard and I just went for it.

"I felt good but it was really hard, the circuit had some flat parts but it was very hard.

"I never expected this, this season is pretty good for me so far."

Van Vleuten, who opted to compete despite crashing out of the Giro Rosa last week with a broken wrist, ensured a Dutch one-two.

She sprinted to second place at 1:20 down on Van der Breggen’s time, with Longo Borghini settling for third place on the same time.

The Netherlands have now earned seven of the eight gold medals awarded in women’s elite events at the UCI Road World Championships since 2017.

The men’s road race will conclude the World Championships tomorrow.