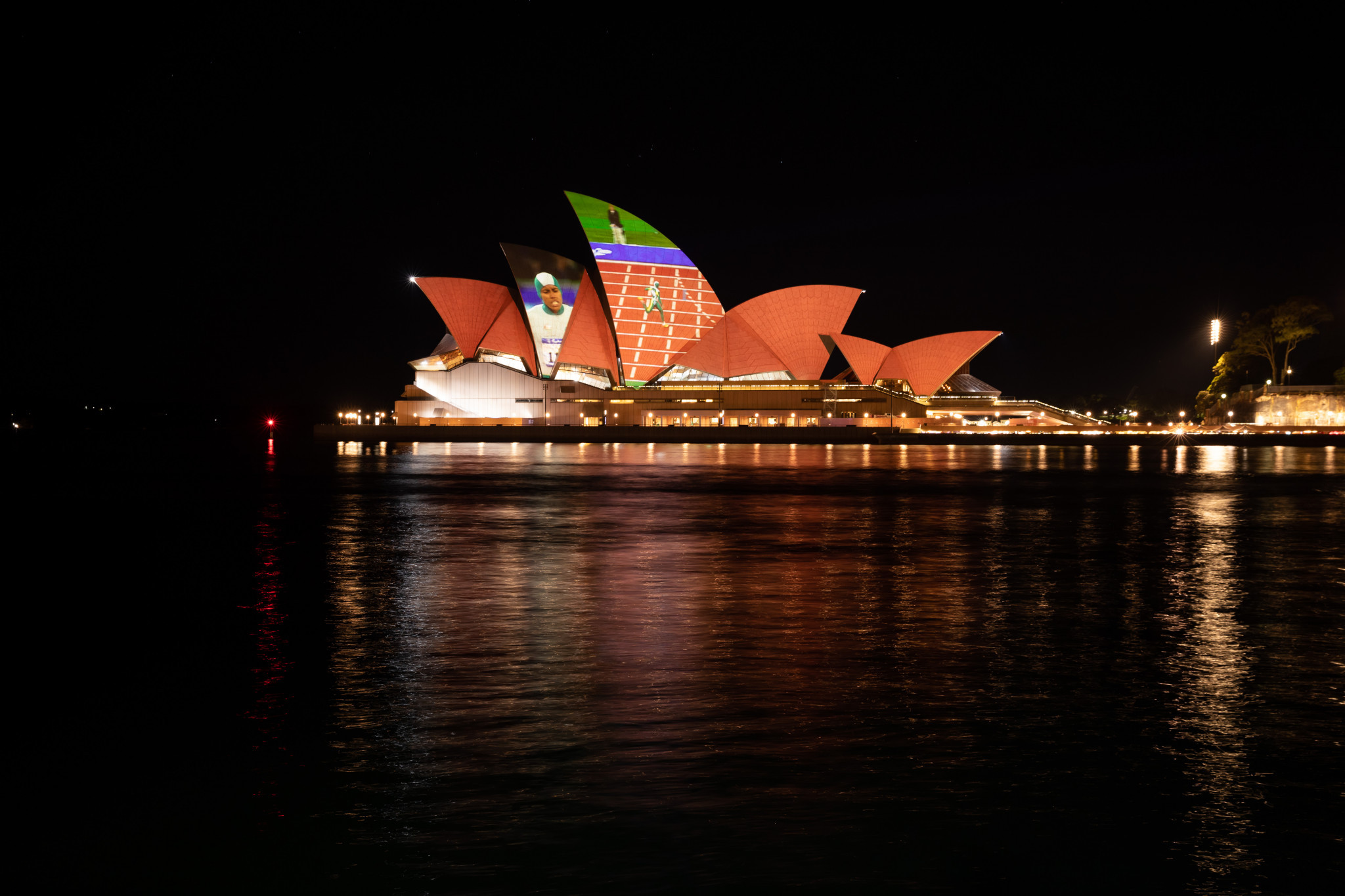 Cathy Freeman’s gold medal winning 400m race at the Sydney 2000 Olympics has become the first Australian sporting moment to be preserved using "Synthetic DNA" technology in what a leading official has described as a "Space Odyssey."

Television pictures of the race were projected onto the sails of the Sydney Opera House to commemorate the 20th anniversary of her victory and mark the launch of the video preservation project by The National Film and Sound Archive of Australia (NFSA) in partnership with the Olympic Foundation for Culture and Heritage (OFCH).

Australian Olympic Committee chief executive Matt Carroll said: "It’s fitting that this race is the first Australian video to be encoded on DNA, given its extraordinary impact on Australians at the time and the great legacy of celebration and reconciliation that flowed from it.

"It was wonderful to see Catherine’s race from 2000 on the sails of the Sydney Opera House, even more wonderful to know that this iconic vision will now be safely stored for ten thousand years or more using synthetic DNA."

The transfer was made from the master videotape to a file of one gigabyte in "microscopic synthetic DNA." The material is now held in a small vial the size of a AAA battery.

"Looking ahead, the prospect of efficient and sustainable storage of Olympic imagery through synthetic DNA is an exciting breakthrough.

"Our capacity to store data has not kept pace with the explosion of data produced. Now we have a storage solution lifted from science fiction, dare I say a space odyssey," said Carroll.

NFSA chief executive officer Jan Müller revealed that Freeman’s race had been chosen as a "key moment" in the history of Australian sport.

"It brought Australians of all ages and backgrounds together in celebration, and was viewed by billions of people around the world.

"We see this moment as part of ‘Australia’s DNA’, ideal to be preserved in actual DNA and become Australia’s first usage of this new technology."