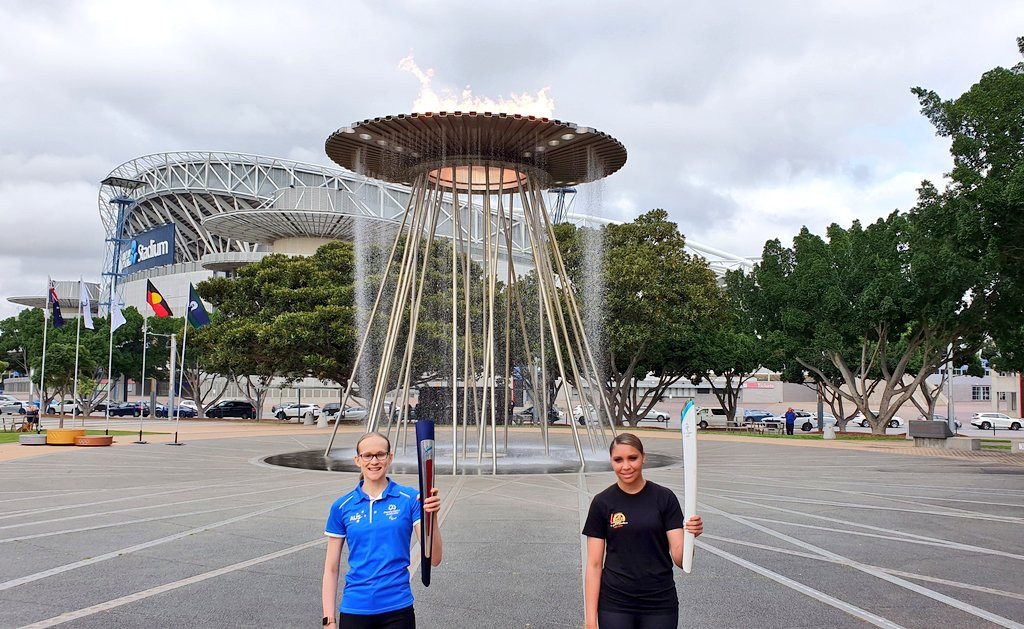 Olympic champion Cathy Freeman sent a video message as Olympic personalities gathered to relight the cauldron in commemoration of the 20th anniversary of the Opening Ceremony of the Sydney 2000 Games.

Freeman, who lit the cauldron 20 years ago before racing to 400 metres gold, was unable to travel from Melbourne because of the level four restrictions on movement in force in the city to prevent the spread of coronavirus.

"I am very proud that when I lit the cauldron all those years ago, it was a symbol of hope for all young Australians," said Freeman.

"It is at times like this that I reflect on the power of sport, the difference that sport can make in all of our lives.

"We will never forget the Sydney Olympics.

"I am excited about these celebrations and reflect back on lighting the cauldron 20-years-ago.

"The words that come to my mind are surreal and just simply magnificent."

Freeman said: "When Coatsey asked me to do the honours, I was really taken aback, I was really struggling to come to terms with it because there were a few other people who I felt were so deserving.

"When I recognised that John was very serious, I just happily accepted."

Freeman paid tribute to the two young athletes who re-lit the cauldron in this morning's ceremony.

Sydney’s iconic Olympic cauldron has officially been re-lit to mark the 20th anniversary of the ‘best games ever’ 🇦🇺 #Sydney2000 pic.twitter.com/jMAffSDf94

Neither had been born when Freeman lit the Flame in 2000.

"I want to acknowledge the two young Australian athletes, athletes of the future who are going to be relighting the cauldron, I think that's wonderful and very lovely," said Freeman.

Sixteen-year-old junior basketball player Tanayah Logan, a member of the National Centre of Indigenous Excellence programme, lit the cauldron alongside Tamsin Colley, who competed as a 14-year-old athlete at the Rio 2016 Paralympics.

Twenty-years-ago the cauldron mechanism famously malfunctioned for some minutes during the Ceremony but there were no problems this time as the bowl is now positioned outside in an area known as Cathy Freeman Park in the Olympic Boulevard.

Louise Sauvage, lighter of the Paralympic cauldron, was among a small group able to attend the 2020 ceremony and watch the youngsters light the Flame.

"Lighting the cauldron at the Sydney Paralympic Games was one of the proudest moments of my life and even after 20 years, I'm excited to watch it being re-lit by our next generation, and relive the memories from that incredible time which still fill me with so much pride," she said.

Australia showed the world how Paralympic athletes and Paralympic sport should be recognised.

"Together we created the benchmark for every Paralympic Games since."

All those attending the celebration had been subject to temperature checks on arriving, with the testing carried out by original Sydney 2000 volunteers.

The relighting is part of a larger programme of celebration.

The AOC have launched #MySydney2000, a social media programme inviting memories and photographs of the 2000 Games and are also replaying daily highlights.