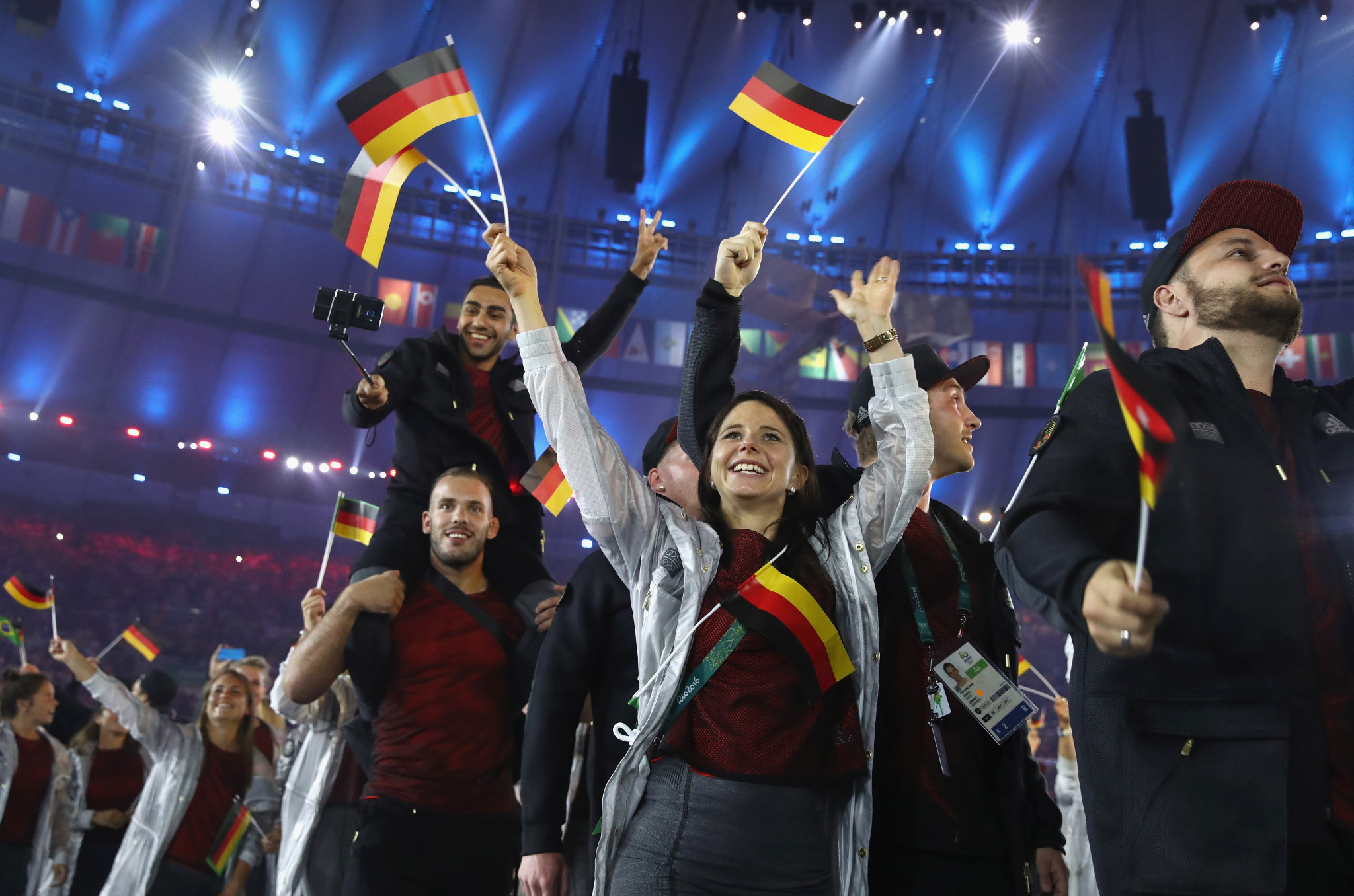 A survey carried out by the German Olympic Sports Confederation (DOSB) has suggested more than half of respondents agreed with the rules governing expression of opinion during the Olympic and Paralympic Games.

In total, 1,708 Olympic and Paralympic hopefuls from 44 sports were surveyed by the DOSB.

According to Rule 50 of the Olympic Charter, freedom of expression is allowed during press conferences, team meetings, interviews or on social media.

Protests or demonstrations are not allowed at sports facilities, on the podium or at official ceremonies, however.

Around half of the German athletes who responded to the survey said they did not yet feel sufficiently informed about Rule 50 and would like more information on it.

The survey also showed expression of opinion is important for around 90 per cent of the participating athletes, but a third said they did not express their private views in public.

When athletes do choose to express their opinion, 24 per cent responded that they did so through social media and 22 per cent in interviews.

Fifty-four per cent of athletes agreed with the rules governing expression of opinion, but 58 per cent believe athletes should have the opportunity to express their views more clearly in the future.

Four out of five respondents said they did not have a specific concern that they would want to campaign for publicly.

At the same time, less than a quarter of those surveyed would mind if other athletes staged a protest in competition venues.

"The results show once again how multi-layered and complex such topics are," said DOSB President Alfons Hörmann.

"At the same time, it becomes clear that the ideas and wishes of the athletes are very different."

The survey was carried out during a time of increased scrutiny of Rule 50, with some calling for the regulation to be relaxed or even abolished.

The Australian Olympic Committee (AOC) and Olympic Federation of Ireland (OFI) Athletes’ Commissions, among others, have also carried out surveys on the matter.

More than 80 per cent of respondents to the AOC survey said a protest on the field of play would detract from the performance or experience of athletes.

Sixty-two per cent of respondents to the OFI survey of Irish Olympic hopefuls and Olympians said some form of protest should be allowed at the Games.

Results of the OFI Athletes' Commission questionnaire also showed 67 per cent suggested they would not be in favour of unrestricted demonstrations.

The International Olympic Committee (IOC) announced in June that its Athletes' Commission would "have dialogue with athletes around the world to explore different ways for how Olympic athletes can express their support for the principles enshrined in the Olympic Charter in a dignified way".

Under the draft timeline, engagement with Athletes’ Commissions will take place globally until October.