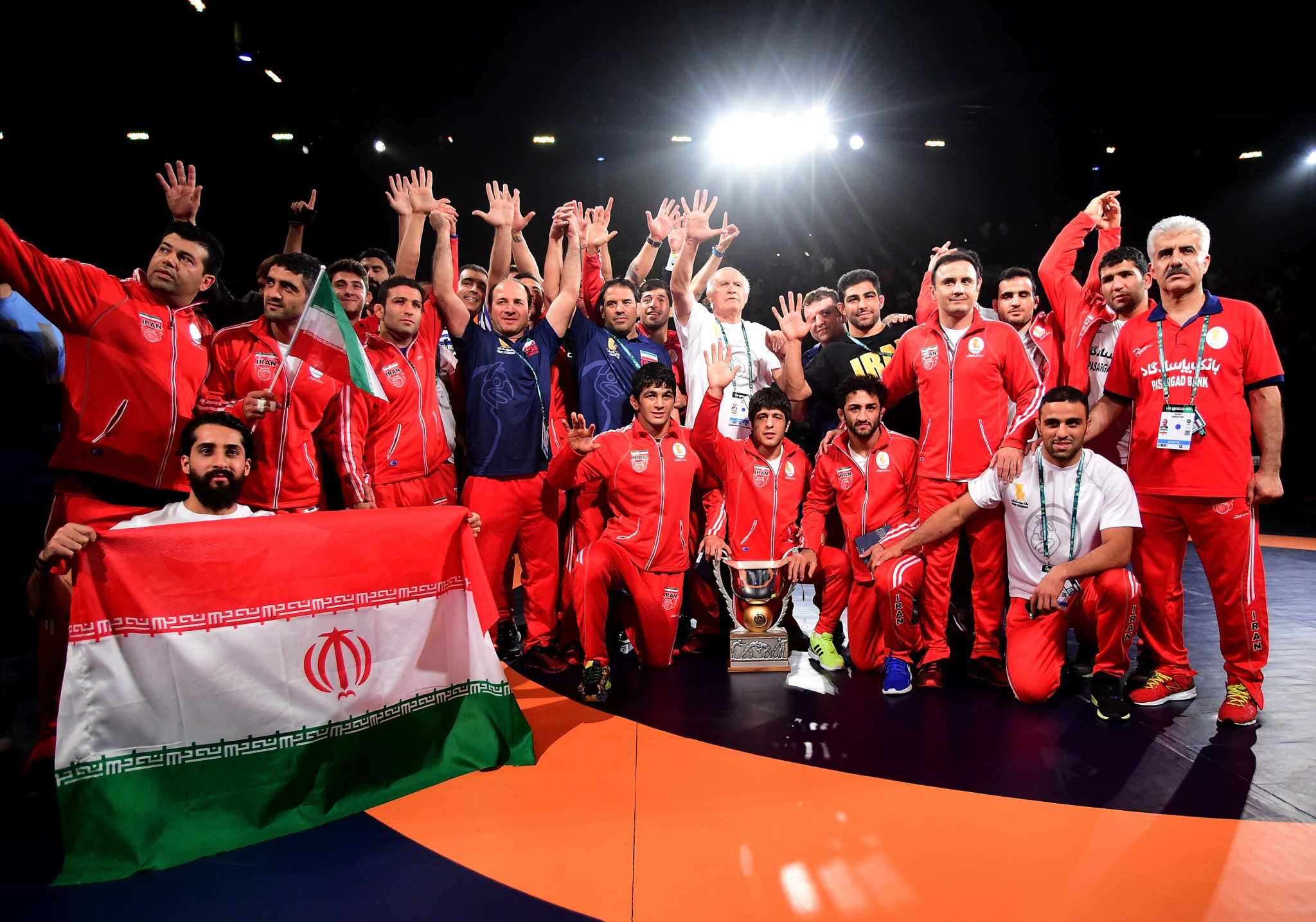 United World Wrestling (UWW) has downplayed the prospect of Iran being banned from wrestling competitions or the Olympic Games following the execution of wrestler Navid Afkari.

The 27-year-old, who was given two death sentences for stabbing a security guard and his involvement in demonstrations against the country's regime in 2018 but claimed he had been coerced into giving a a false confession, was executed last week, state media reported.

Human Rights Watch said Afkari's case was "part of a systematic pattern in which Iranian authorities disregard torture allegations and use coerced confessions in trial proceedings".

UWW and the International Olympic Committee (IOC) were among multiple organisations to call for clemency, and Afkari's killing has led to calls from many for Iran to be excluded from the Olympics.

However, in a statement provided to insidethegames, UWW suggested such a course was unlikely to be plotted, citing that this would punish other athletes from Iran.

"UWW is still shocked by this announcement.

"United World Wrestling and the International Olympic Committee took action as soon as we learned about the case.

"Additionally, we took part in conversations which included representatives from various governments, human rights organisations and the United Nations.

"UWW and the IOC also followed up with the Iranian Wrestling Federation and the Iranian NOC respectively, which were doing their utmost to facilitate a solution.

"Thomas Bach, the IOC President, wrote personal letters to the Supreme Leader and to the President of Iran appealing for mercy for Navid Afkari, while respecting the sovereignty of the Islamic Republic of Iran.

"UWW also appreciates the broad engagement of so many athletes and other international sports organisations.

"The IOC and UWW, as a civil, non-governmental organisation, have neither the remit nor the ability to change the laws or political system of a sovereign country.

"This is the legitimate role of governments and the respective intergovernmental organisations.

"Exclusion of an NOC from the Olympic Games or National Federation from competition would punish the athletes of this country just because they live under a particular political or judicial system.

"This is even more true given that the NOC of Iran and I.R.I. Amateur Wrestling Federation facilitated the IOC and UWW’s efforts in this case."

At least eight others have been sentenced to death in relation to the protests in Iran over the last two years, Human Rights Watch reports, with security forces accused of "excessive use of force and mass arrests of protesters" in response to anti-Government demonstrations.

IOC vice-president John Coates before hinted an Olympic ban for Iran was unlikely as "this execution didn't relate to a sporting event" and numerous other nations competing at the Olympics also still have the death penalty.

However, this is unlikely to stop calls for sporting bodies to boycott Iran in response to the death of Afkari.

German body Athleten Deutschland has become the latest to do just that and says Iranian athletes should be allowed to compete with neutral status - something which could go some way to stopping athletes being punished because of where they are from as UWW warned against.

After the execution of #NavidAfkari, we call for:
- Immediate expulsion of Iranian regime from int. sports
- Iranian athletes to start under neutral flag
- @iocmedia must commit to human rights
- “Human rights in sports” must be part of foreign policy agenda pic.twitter.com/2eUjXzwDgr

"The International Olympic Committee and the International Sports Federations must exclude the Iranian regime from the international sports system with immediate effect," Maximilian Klein of Athleten Deutschland said.

"The inaction of the IOC is unacceptable.

"Iranian athletes should continue to be allowed to compete under a neutral flag and should be protected.

"Sanctions must be directed against the regime and the political leadership.

"The Iranian Olympic Committee must also be suspended by the IOC."

Iran’s Foreign Ministry said it had summoned the German Ambassador to Tehran to strongly condemn "interference in Iran’s internal affairs" following tweets criticising the execution of Afkari, and Athleten Deutschland said it welcomed both the German Government and the European Union condemning the execution.

Athleten Deutschland added that it wanted "athlete associations, athlete groups and athletes all over the world to join these calls".