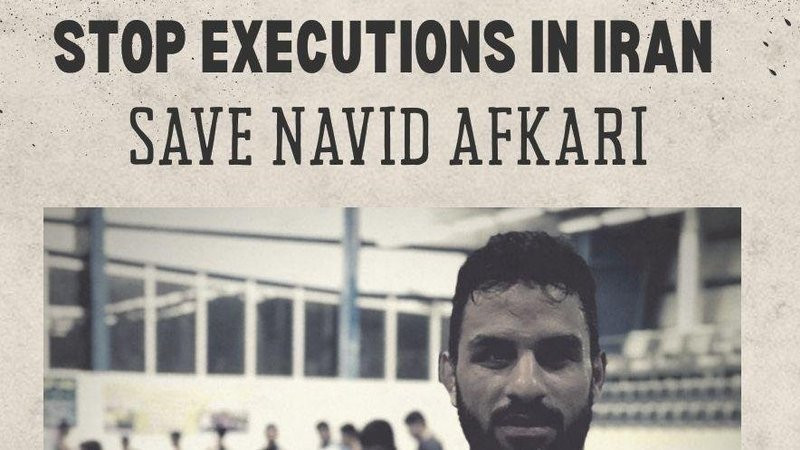 The International Olympic Committee (IOC) is "extremely concerned" by the case involving Iranian wrestler Navid Afkari after he was given two death sentences for the alleged murder of a security guard during anti-Government protests, according to President Thomas Bach.

Bach claimed the National Olympic Committee (NOC) of the Islamic Republic of Iran and the country's wrestling federation are "doing their utmost to facilitate a solution'' - echoing an earlier statement from the organisation - for Afkari, who was scheduled to be executed today.

The IOC President did not elaborate on what was being done to help the Iranian wrestling champion and said the IOC was unable to comment further as the case is ongoing.

Iran's Supreme Court gave Afkari two death sentences for his involvement in protests against the country's regime in 2018.

Supporters claim Afkari was tortured into making a false confession over the murder of a security officer during the demonstrations.

The World Players Association and other organisations, which have rallied behind Afkari in recent weeks, believe he has been unjustly targeted by the Iranian authorities to intimidate others who might choose to participate in peaceful protests.

Persian-language broadcaster Iran International reported Afkari and two of his brothers – Vahid and Habib – had been charged with 20 different crimes, including "attending illegal gatherings, assembly and conspiracy to commit crimes against national security and insulting the supreme leader".

This is why the IOC, together with United World Wrestling, were and are extremely concerned about the case of Navid Afkari and we have taken contact with our respective partners. This means for the IOC - the NOC and for UWW - the National Federation. – IOC President T. Bach (2)

The IOC has been urged to act by the WPA and in a petition launched on the Change.org platform last week, which has been signed by more than 23,000 people at the time of writing and had been due to be delivered to the Executive Board today.

"First of all, we have to stick to our principles, and this principle is to respect the sovereignty and judicial system of sovereign countries," Bach said following the latest remote IOC Executive Board meeting.

"On the other hand, Navid Afkari is an athlete.

"Therefore, we feel close to him.

"This is why the IOC, together with United World Wrestling (UWW), were and are extremely concerned about the case of Navid Afkari and we have taken contact with our respective partners.

"The NOC and the National Federation are doing their utmost to facilitate a solution for the case of Navid Afkari.

"You may understand that due to the particular circumstances – and the still ongoing efforts – I cannot offer more details at this stage."

Dozens of wrestlers, athletes and officials from several sports have spoken out in support of Afkari since the death sentencing, which has attracted widespread criticism from across the world.

Iranian authorities have not announced when executions will happen in previous cases, according to Hadi Ghaemi, executive director of the Center for Human Rights in Iran.

The Iranian Government has in recent days given signals that it will carry out the sentence, the New York Times reported.

Requests to UWW for comment have not been answered.